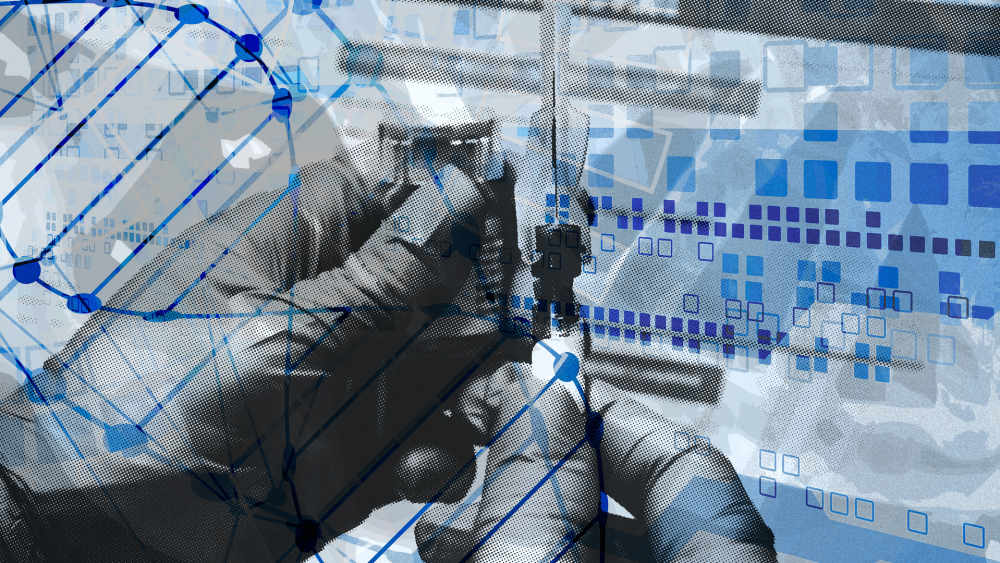 For the more than 7 million Americans who inject insulin, Friday will mark an important anniversary: 38 years since the Food and Drug Administration (FDA) approved the use of human insulin synthesized in genetically engineered bacteria. This momentous event launched a revolutionary new era in pharmaceutical development, and, as the FDA medical reviewer of the product and the head of the evaluation team at the time, I had a front-row seat. To commemorate the event, I open a bottle of champagne every year.

During the early 1970′s, as the supply of animal pancreases declined, and the number of insulin-requiring diabetics grew, there were widespread fears of possible future shortages of insulin.

The saga is remarkable in several ways, not least of which is that, although both the drugmakers and regulators were exploring unknown territory, the development of the drug and its regulatory review progressed rapidly for its day—at “warp speed,” so to speak.

When insulin in crude form was first produced in 1922 by Canadian researchers Frederick Banting and Charles Best, it lifted what had effectively been a death sentence imposed on anyone diagnosed with diabetes. Type 1—insulin-requiring—diabetes occurs because the insulin-producing cells of the pancreas, beta cells, are damaged and make little or no insulin, so sugar can’t get into the body's cells for use as energy. People with Type 1 diabetes must use insulin injections to control their blood glucose, or their blood sugar rises to dangerous levels, leading to coma and death.

By the end of that year, the drug company Eli Lilly and Company had devised a method for much higher purification of this kind of crude insulin harvested from animal pancreases. (Founded in 1876 and still in operation, Eli Lilly was most recently in the news for its COVID-19 therapeutics efforts.) Over the next half-century or so, thanks to the process Lilly perfected, the insulins obtained from pig or cow pancreases (which differ slightly in chemical composition from human insulin) were improved continuously in purity, and were formulated in ways that refined their performance once injected into human patients.

During the early 1970′s, as the supply of animal pancreases declined, and the number of insulin-requiring diabetics grew, there were widespread fears of possible future shortages of insulin. Fortuitously, around the same time, a new and powerful tool—recombinant DNA technology, also known as "genetic engineering," or "genetic modification"—became available and offered the promise of unlimited amounts of insulin that was identical to the molecule produced by humans.

That tool went on to become one of drug development’s greatest success stories, but not without some regulatory growing pains, and no thanks to the Monday-morning quarterbacking from politicians and pundits that often colors how FDA officials approach their work.

THE BIRTH OF BIOPHARMACEUTICALS

In 1973, the seminal molecular genetic engineering experiment was reported in a research article by academic scientists Stanley Cohen, Herbert Boyer, and their collaborators. These scientists had isolated a ringlet of DNA, called a "plasmid," from a bacterium, and used certain enzymes to splice a gene from another bacterium into that plasmid. They then introduced the resulting "recombinant," or chimeric, DNA into E. coli bacteria.

In other words, such genetically modified microorganisms could be programmed to become mini-factories, producing high-value proteins of all sorts.

When these now "recombinant" bacteria reproduced, the plasmids containing the foreign DNA were likewise propagated, producing amplified amounts of the functional recombinant DNA. And, because DNA contains the genetic code that directs the synthesis of proteins, this new methodology promised the ability to induce genetically modified bacteria (or other cells) to synthesize desired proteins in large amounts. In other words, such genetically modified microorganisms could be programmed to become mini-factories, producing high-value proteins of all sorts.

The scientists at the Eli Lilly Company immediately saw the promise of this technology, most especially for the production of unlimited quantities of human insulin in bacteria grown at huge scale. After obtaining the genetically engineered human-insulin-producing E. coli bacteria from a startup, Genentech, Inc., Lilly developed processes for the large-scale cultivation of the organism (in huge fermenters, similar to those that make wine or beer), and for the purification and formulation of the insulin.

Insulins had long been Lilly's flagship products, and the company's formidable expertise was evident in the purification, laboratory testing, and clinical trials of the laboratory-made human insulin. Lilly’s scientists painstakingly verified that their product was extremely pure and identical in composition to human pancreatic insulin (which, again, differs slightly from beef and pork insulin—all that was available to diabetics up to that time).

Lilly began clinical trials of its human insulin in July 1980, and the product performed superbly. There were no systematic problems with treating "naive" patients (those who had never before received injections of animal insulin) or with those who were switched from animal to human insulin. Even more promisingly, a small number of patients who had had adverse reactions of some kind to the animal insulins, such as redness or swelling at the injection site or (rarely) allergic reactions to specific animal proteins contaminating the insulin, tolerated the human insulin well.

The dossier that provided evidence of safety and efficacy was submitted in May 1982 to the FDA, where I was the medical reviewer and head of the evaluation team at the time. Those were the days before electronic submissions, so the submission looked sort of like this, only several times larger:

Over many years, the FDA had had prodigious experience with animal-derived insulins, and also with drugs derived from various microorganisms, so it was decided that no fundamentally new regulatory paradigms were necessary to evaluate the recombinant human insulin.

In other words, recombinant DNA techniques were viewed as an extension, or refinement, of long-used and familiar methods for making drugs. That proved to be an historic, precedent-setting decision.

Based on my team's exhaustive review of Lilly's data, which were obtained from pre-clinical testing in animals, and from clinical trials in thousands of diabetics, the FDA granted marketing approval (permission to begin selling the product) for genetically engineered, or recombinant, human insulin (Humulin®) on October 30, 1982. The review and approval took only five months, despite the fact that the agency's average approval time for new drugs then was 30.5 months. In retrospect, that rapid approval was particularly remarkable for a drug that was produced with a revolutionary new technology, and one that would be available in pharmacies nationwide to millions of American diabetics after its approval.

"Four months? No way! If anything goes wrong with this product down the road, people will say we rushed it, and we'll be toast."

What happened behind the scenes is revealing. My team and I were ready to recommend approval after just four months' review. But when I took the packet to my supervisor, he said, "Four months? No way! If anything goes wrong with this product down the road, people will say we rushed it, and we'll be toast." Unfortunately, that’s the bureaucratic mindset. Former FDA Commissioner Alexander Schmidt aptly summarized the regulator's conundrum thusly: "In all our FDA history, we are unable to find a single instance where a Congressional committee investigated the failure of FDA to approve a new drug. But the times when hearings have been held to criticize our approval of a new drug have been so frequent that we have not been able to count them. The message to FDA staff could not be clearer." In other words, bureaucratic risk-aversion isn’t guided by valid risk-benefit concerns, but by a fear of Monday-morning quarterbacking from politicians and pundits who know little about the complex process of drug development and capitalize on and fan the public’s anxieties to further their own agendas.

My former colleague, Economics Nobel Laureate Milton Friedman, spoke to the principle more generally, counseling that to understand the motivation of an individual or organization, you need to "follow the self-interest”—and a large part of regulators' self-interest lies in staying out of trouble. That means staying out of the crosshairs of politicians itching for a scandal.

I don't know how long my supervisor, who perceived there were potential hazards in a record-time approval, would have delayed his sign-off, but when he went on vacation a month later, I took the packet to his boss, the division director, and he approved it. I was tasked to call the head of regulatory affairs at Eli Lilly to inform him of the approval and, when I broke the news, there was a long, unbroken silence on his end. Finally, I said, “Hello, are you still there?” and he answered, “I’m waiting for the other shoe to drop.” Well, there was no “other shoe,” but it’s telling that the timing of the approval took even the company planners by surprise, and it was many months until Humulin was widely available in pharmacies.

The approval of Humulin had significant ramifications. A New York Times article quoted my prediction that the speedy approval constituted a major step forward in the "scientific and commercial viability" of recombinant DNA technology. "We have now come of age," I said at the time, and potential investors and entrepreneurs agreed. Seeing that genetically engineered drugs, or “biopharmaceuticals,” would compete with other medicines on a level playing field without unwarranted regulatory obstacles, the "biotechnology industry" was on the fast track. And, indeed, as of 2019, eight of the 10 top-selling drugs in the U.S. were made with genetic engineering techniques.

To get FDA-regulated products to those of us who need them, Congressional oversight and public opinion must create a healthier, more constructive balance.

Unfortunately, despite what it achieved for drug producers, the rapid approval of human insulin did not begin a trend among drug regulators. Even with a toolbox of improved technologies available to both the FDA and industry, bringing a new drug to market now usually takes 8-12 years, and costs, on average, over $2.5 billion. Regulators continue to be highly risk-averse, few new drugs are approved without convening extramural advisory committees, and decisions are still sometimes hijacked by political forces outside the FDA (such as we’ve seen with recent pressure on the FDA to approve products related to COVID-19 testing or therapeutics prematurely).

FDA’s oversight—which encompasses a broad spectrum of food, drugs, medical devices and tobacco products worth more than $2.6 trillion, about 20 cents of every dollar spent by U.S. consumers—is, overall, too risk-averse, defensive, and bureaucratically top-heavy.

Regulators need to recall the “bargain” that society has made with them: civil servants have lifetime tenure and are protected from political pressure and retaliation, in return for which they are supposed to make decisions based solely on the public interest—without fear or favor. To get FDA-regulated products to those of us who need them, Congressional oversight and public opinion must create a healthier, more constructive balance.