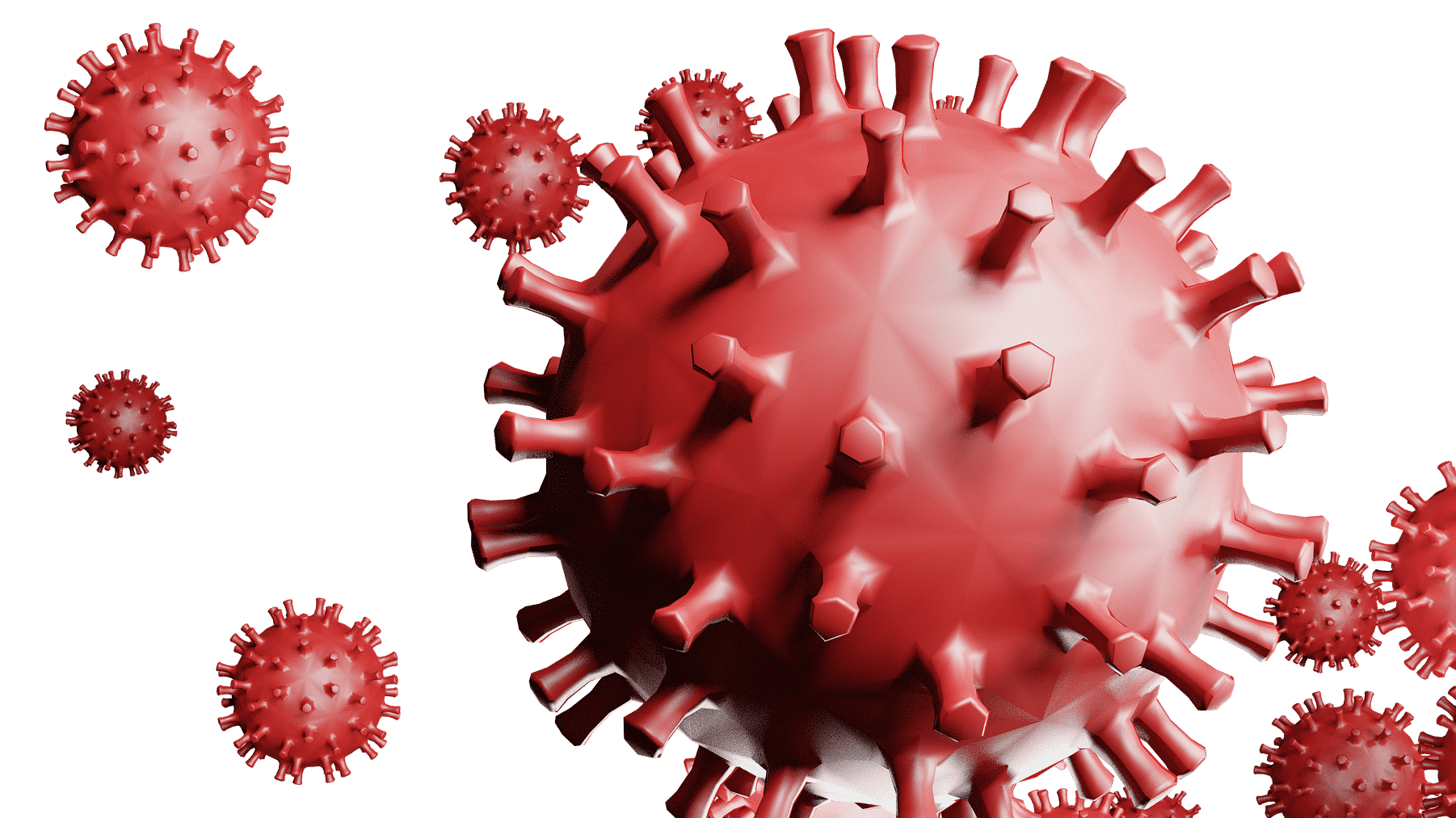 On this past Sunday’s episode of NBC’s Meet the Press, Dr. Michael Osterholm, Director of the Center for Infectious Disease Research and Policy at the University of Minnesota, said that  “the next six to 12 weeks are going to be the darkest of the entire pandemic.”  While the Doctor did not say what that would mean in terms of deaths, he did say that in terms of the number of cases “between now and the holidays, we will see numbers much, much larger than even the 67,000 to 75,000” cases we are seeing this past week.

In an opinion piece for Fox news, former CDC Director, now political activist for globalist collectivist causes through Vital Strategies Dr. Tom Friedan, addressed what he calls the “mistaken and dangerous idea spreading like a virus – that we can let COVID spread among young, healthy people as long as we protect the vulnerable.”  Friedan points out that this approach would likely cost more American lives than did all wars in the 20th Century.

While that specific statement is likely correct, it is also just as likely that it would cost far fewer lives than did automobile accidents in the 20th Century indicating that loss of life is not the only relevant consideration in making public policy.

Like NBC’s segment with Dr. Osterholm, what Friedan’s piece did not address is the actual likelihood of fatality to the population at large, and to specific segments of the population.

Human Events News is dedicated to helping to restore skepticism into the minds of Americans.  To that end, we have been reviewing the actual scientific research with regard to the Chinese coronavirus and fatalities.  This is information that the mainstream media simply will not allow to be discussed on air or in print.

Before launching the discussion, it is important to distinguish between two terms that are used either recklessly, interchangeably, or without specific description by the media when discussing deaths from the Chinese coronavirus.  Those are the terms Infection Fatality Rate (IFR) and Case Fatality Rate (CFR).  These two terms, sometimes used by media members without distinction, are significantly different from one another.

IFR is the ratio associated with numbers of deaths from all existing infections of the disease, both diagnosed and estimated.  CFR is the number of deaths from confirmed actual cases of the disease.  In the case of the Chinese coronavirus where so many infections are asymptomatic and left undiagnosed, the difference between these two numbers can be incredibly significant.  Compare this to a disease like leprosy where the number of undiagnosed cases would be virtually zero leaving virtually no distinction between the results from the two measures.

What Are the IFR’s:

The CDC has published its estimates for IFR’s based upon varying age groups.  They have done this in ranges as there are a number of variables that impact the IFR.  Those ranges are as follows”

It is worth noting that the original World Health Organization estimate for overall IFR was .035, or 3.4%.  As can be seen above, only in the over 70 age group does the IFR exceed that number and in no other age group does the IFR even come close.  All of America’s original lockdown policies were based upon inflated numbers, perhaps intentionally, or at least negligently, inflated.

In research published on September 29, 2020 in the International Journal of Infectious Diseases (IJID), the IFR based upon review of various worldwide studies  was determined to be “approximately” .0068 (.68%) with a variability from .0017 to .017 depending upon geographic location.

In the IJID published study, one very telling paragraph appeared when describing the research:

There are a number of methods for investigating the IFR in a population. Retrospective modelling studies of influenza, as a common cause of global pandemics, have successfully predicted the true number of cases and deaths from influenza-like-illness records and excess mortality estimates. However, these may not be accurate, in part due to the general difficulty in attributing influenza cases to subsequent mortality, meaning that CFRs may both overestimate and equally underestimate the true number of deaths due to the disease in a population.

In other words, estimating the real IFR is something less than imprecise.

The Swiss study suggests that death for those under the age of 65 caused by the Chinses coronavirus is extraordinarily rare.

In his opinion piece, Freidan references the case of Dr. Adeline Fagan by saying “think of the tragic death of the 28-year-old obstetrician infected in the hospital she delivered babies in.”  That case, which is every bit as tragic as is the loss of any life from causes other than peaceful expiration in old age, has been widely referenced by people trying to frighten Americans into compliant behavior over fear of premature death.

The reason the case is frequently cited is because of its near uniqueness during the pandemic.

As for the World Health Organization, the same organization that originally said the IFR was 3.4%, earlier this month at a press conference they issued estimates that reveled their revised overall IFR works out to approximately .0014.

Both the Swiss study and the study published in IJID reference the fact the IFR’s are impacted by a variety of factors not limited strictly to the presence of the virus.  Some such factors include:

What if Everybody Gets it.

Based on IFR studies, Human Events created a hypothetical for readers to consider:

What if everybody in America got the disease at once?

There are two important things to consider under such a scenario.  The first is that if everyone got the disease at once, the impact on the healthcare system would be such that the IFR would most certainly increase.  This would not be because of an inherent change in the disease, but because the number of critically ill people in need of specialized advanced care would exceed the capacity to deliver such care.  Demand would exceed supply.

The other consideration to keep in mind is that it would be impossible for everyone to contract the disease at once.  That simply would not happen.

It is worthwhile simply to show the raw numbers for the purpose of understanding possibilities and setting responsible public policy.

Under the Swiss study numbers, the maximum number of deaths using 2019 population numbers would be 3.056 million with 2.956 million, or 96.7%, of those occurring in the over 65 age group.

The Chinese coronavirus has caused a resurgence in interest in the Spanish Flu pandemic of 1918-19.  Some people, like Dr. Jeremy Faust of Brigham’s and Women’s Hospital have even foolishly compared the two pandemics in an article he cowrote for the Journal of American Medicine.  “COVID-19 and 1918 H1N1, the Spanish flu, kind of belong in the same conversation,” he said in an interview.  The IFR’s in all studies simply do not support such a claim.

Further, according to the CDC, IFR’s for the Spanish Flu were high among children under 5 years of age and for adults in the age range of 20-40.  IFRs for those age groups with the Chinese coronavirus are virtually non-existent.

According to the National Institute of Health, the Spanish Flu infected approximately 500 million worldwide, with anywhere from 50 to 100 million people having died from the disease.  This creates an IFR of 10-20%.  Even allowing for improvements in medicine and world health conditions, this simply does not compare to the current Chinese coronavirus.

What are the implications:

What the science clearly indicates is that there is a very specific demographic group within the United States that faces a significant risk of death from the Chinese coronavirus.  That age group is people over the age of 60, especially people over the age of 70, who have some form of pre-existing condition.

From a public health policy perspective, and from the perspective of a country that was built on the principles of individual liberty and personal responsibility, the correct public approach would be to:

Put measures into place at the local level that take into account the factors listed above and that afford protection, where desired, to older members of the population.  Those people at greatest risk should be permitted to be as isolated as they wish to be without fear of loss of income, healthcare, or other basic personal protections.  Other members of society who run the risk of infection, but not likely death, should be permitted to engage in normal activities and use their own best judgment in terms of preventative measures.

No policy decision regarding allowing interactions between citizens should be interpreted as discouraging efforts for advancing on both the fronts of vaccination and treatment.  It is obvious that both such paths must be explored aggressively with a particular focus being placed on treatment as it is likely to be developed first.  We have never had a successful coronavirus vaccine.

Entrepreneur and American Populists founder, Jeff Webb has been a vocal advocate since early in the pandemic to set a goal for a universal testing day.  Under Webb’s plan, every American household would receive a testing kit that could be taken “at the same time” to identify everyone who has the disease.  We could then treat and isolate all those infected at once, and gain control of the spread.

In light of the IFR data now collected, and the clear identification of the at-risk citizens, Webb’s idea becomes more prescient.  “It is still the best way to get control of the virus,” Webb said in a follow-up for this article.  “Instead of test-as-we-go, testing all at once would allow us to take swift action to get America back to normal before it is too late.”

To tell the truth, the mainstream media, and people like Dr. Friedan, do not want to present compete information to the American people. They are clearly concerned that if Americans begin to apply rational and skeptical thought to all of the facts surrounding the Chinese coronavirus it will become more difficult to enforce compliance with the draconian rules being imposed by state and local governments.  An informed and skeptical populace is less willing to accept statements like “we are following the science” from politicians unwilling to disclose what science it is they are following.

Readers should be questioning all reports from government officials and the media regarding not only mortality rates, but also reports pertaining to treatment protocols, mask efficacy, business lockdowns, etc.  Such healthy skepticism helps prevent the triumph of dogma over empiricism.