The Self-Immolation of Sports Television. 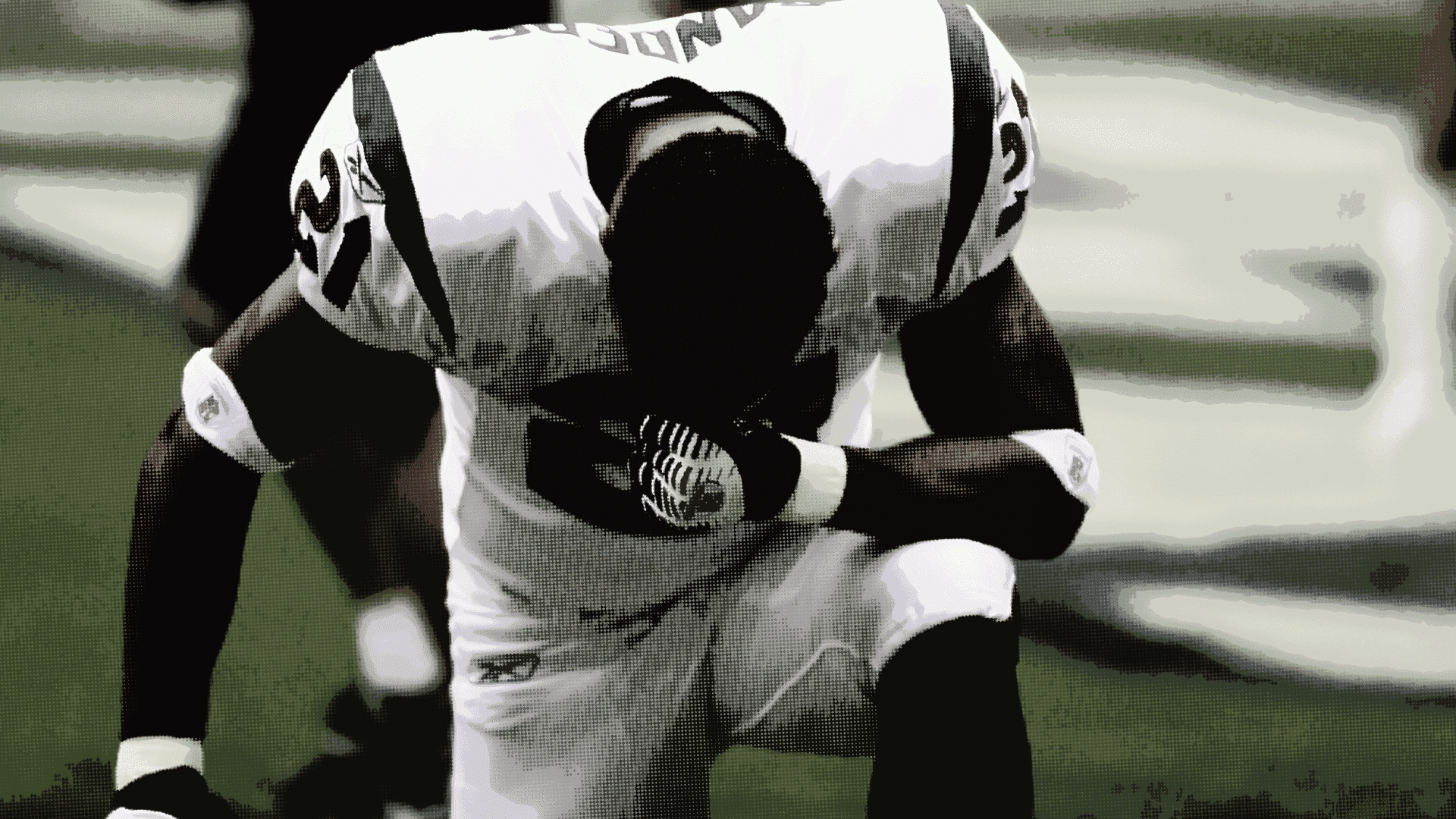 Last week, Max Kellerman decided, yet again, to use a daily sports-talk show to peddle lies about the Black Lives Matter protests that have ignited into violence and destruction across the country. His statements came during a conversation about UFC fighter Colby Covington’s enthusiastic shaming of Lebron James after his recent victory inside the octagon.

“A big percentage of that, that [which] wasn’t peaceful,” Kellerman said regarding violent protests, “is actually outside agitators, extremist right-wing agitators posing as protestors to make the protests look bad.”

Covington dedicated his win to “all the first responders, all the military out there.” “Not,” Covington yelled, “these ‘woke athletes’… these spineless cowards like Lebron James.”

Equipped with a smug grin and a live microphone, Kellerman began his crusade to cover up what any American with a smartphone and a Twitter account has learned this summer: Black Lives Matter protests have encouraged destruction from behind a deceitful banner of peace.

Kellerman baldly stated that only “7%” of these protests have led to violence and that this minority, however destructive, still belongs under a broad definition of peaceful protest. “Blocking traffic,” he continued, or “responding to police provocation” is what led to these innocent protesters having their marches classed as violent. “A big percentage of that, that [which] wasn’t peaceful,” Kellerman said regarding violent protests, “is actually outside agitators, extremist right-wing agitators posing as protestors to make the protests look bad.”

Spare me the nonsense.

Kellerman provided no evidence for his claims. On a show where he frequently uses analytics to rank athletes and make predictions, Kellerman did not issue a single citation for his smug condemnation of Covington’s comments. Rather than directing his audience to studies or evidence of his claims, Kellerman opted for deceit.

Rather than directing his audience to studies or evidence of his claims, Kellerman opted for deceit.

Moreover, the sports analyst’s comments come only weeks after he decried President Trump’s supporters in the Southeastern Conference (SEC) as “susceptible to very low-quality information and easy to propagandize and almost immune to facts.”

So let’s get this straight: in less than a month, Kellerman insulted the intelligence of football fans in middle-America and claimed the past four months of protests have all been peaceful (except those fueled by right-wing agitators, of course)—all from the desk of a sports-talk show. And ESPN wonders why no one is watching?

This pathetic attempt at whitewashing the obvious comes just two weeks after a pair of Los Angeles police officers were ambushed, by a gunman, at point-blank range. Groups of agitators then gathered outside the hospital treating the injured officers, calling for their death, and telling the LAPD officers guarding the area, “Y’all gonna die one by one.” This shameful example of brutal violence serves as clear evidence for what happens when news networks media personnel cover up the ongoing rioting and looting as peaceful protests.

Replacing honest reporting with qualified statements and deliberate concealment, these outlets use their considerable platforms to create an atmosphere of impunity and encouragement for violence.

Claudia Apolinar, a former librarian and the mother of a six-year-old child, was one of the officers shot in the Los Angeles attack. Although the bullets struck her multiple times in the chest, and would require multiple surgeries to reassemble her jaw, she was able to call for backup and somehow managed to drag her partner to safety and apply a tourniquet to his injured body.

ESPN used to begin every sports fan’s day with highlights, commentary, and top-ten plays; it now chastises its viewers' intelligence while worshiping the ignorant opinions of millionaire athletes.

Her heroics should warrant much more tremendous national admiration and sympathy than is ignorantly heaped on individuals like George Floyd or Jacob Blake. But do Lebron James or Max Kellerman know her name? Will her name be printed on a Lakers Jersey or pasted across a basketball court to offer solidarity with her actions? Of course not.

ESPN is currently confronted with its worst ratings in 41 years. “First Take,” hosted by Stephen A. Smith and Max Kellerman, brings in the channel’s highest viewership, at roughly 211,000. That’s only enough viewers to rank “First Take” at number 93 of all cable shows. Clay Travis, the host of “Outkick the Coverage,” recently put this number in context: evidently, “Smuggler: Secret Stash” on National Geographic has twice as many viewers as “First Take.”

The network is destroying itself from within. ESPN used to begin every sports fan’s day with highlights, commentary, and top-ten plays; it now chastises its viewers' intelligence while worshiping the ignorant opinions of millionaire athletes.

Remember “SportsCenter” in its prime? This show was once a comforting refuge for fans to hear results and watch highlights as they drank their morning coffee or ate a bowl of cheerios. With its iconic theme song, John Anderson’s bad jokes, and a scrolling ticker on the left of the screen teasing viewers with upcoming segments, SportsCenter offered an engaging start to the day for American’s too busy or bored to pick up the New York Times. Those days are over.

Once a feature, SportsCenter now floats aimlessly around ESPN’s programming, filling empty hours and replacing rain-delays, and its producers have long since abandoned the formula that made it a gateway drug for sports fans aging from eight to eighty.

Instead, “Get Up” fills ESPN’s morning hours with extended commentary and discussions instead of the fast-paced highlights and news their fanbase has grown accustomed to. Too afraid to contradict the political statements of famous athletes, the show’s hosts act as lifeless couriers for ignorant woke messaging.

Two weeks ago, “Get Up'' aired the responses of Lebron James and other NBA athletes and coaches to the verdict on the case of Breonna Taylor. The segment features Golden State Warriors Head Coach Steve Kerr saying, “this long history of racism that we have in this country continues and it continues in the form of this kind of state-sanctioned violence.” ESPN provided neither the context of the verdict nor a countering perspective.

But the worst offender, by far, is “First Take.” Stephen A. Smith and Max Kellerman have established “First Take” as a mildly entertaining show that privileges hyperbole over insightful commentary. Smith has cultivated an image as a loveable loudmouth unafraid to call superstars scrubs on national television. Kellerman, meanwhile, comes from the world of boxing, where he is a highly respected analyst. On "First Take," however, he plays the heel, offering controversial rebuttals and woefully unsupported takes. Kellerman’s most infamous take was his “cliff theory,” which aired in July, 2016, in which he called New England Patriots Quarterback Tom Brady a “bum” and “just about done.” (In the four years since ESPN aired the controversial segment, Brady and the New England Patriots have won two Super Bowls. Brady currently quarterbacks the Tampa Bay Buccaneers.)

ESPN has built a loyal (but dwindling) fanbase because we’ve grown accustomed to tuning into their platform for all things news. What none of their sports commentators are supposed to be, however, are political pundits employed to spread lies about the state of America—nor are they qualified to be. No sports fan desires to tune in to ESPN to hear Max Kellerman, a boastful New Yorker with a multi-million dollar media contract, condescend to them with the arrogance of a college freshman with a “Pod Save America” subscription.

Max Kellerman using this platform to propagate lies and demean the American public only reveals a long-hidden truth: sports talk television is dying. Its death, if this capitulation continues to whatever political beliefs are in vogue—no matter how utterly false or destructive—will be nothing short of suicide.