When the Governor’s Word Is Law. 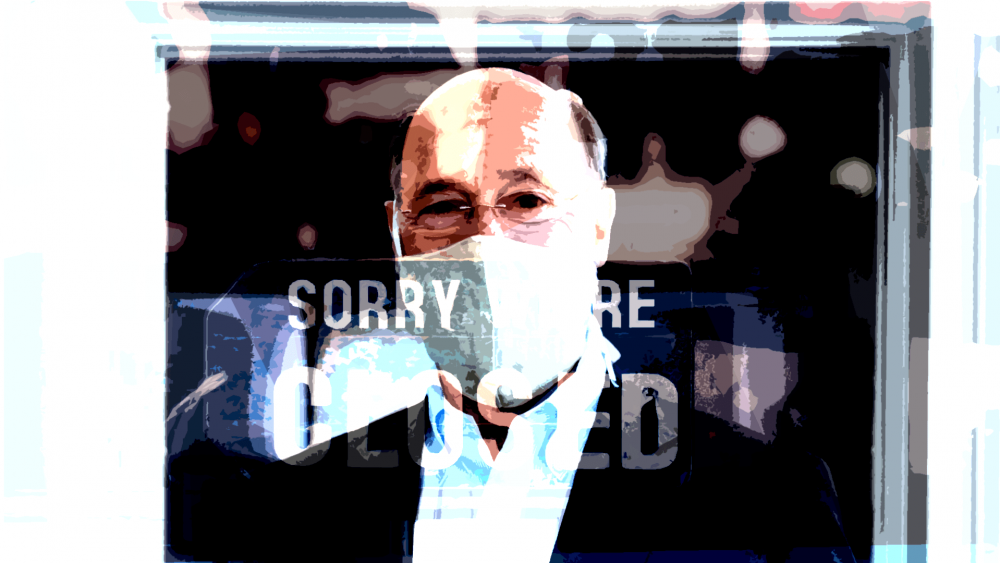 Following the outbreak of COVID-19 this past spring, states and local governments imposed emergency measures—broad lockdowns of individuals and businesses—the likes of which Americans have never seen. That historic development motivated the court in County of Butler v. Wolf (2020) to depart from other courts that had upheld these sweeping shutdowns, courts that were applying anachronistic case law (Jacobson v. Massachusetts, 1905) to keep the measures in place. But while Jacobson was about mandatory vaccines, this moment is about what Attorney General Bill Barr has called  “the greatest intrusion on civil liberties in American history.”

The Butler plaintiffs were businesses and individuals who filed a lawsuit claiming that the Pennsylvania Governor Tom Wolf’s stay-at-home orders, orders restricting gatherings, and orders shutting  “non-life-sustaining” businesses, were unconstitutional. Rather than apply Jacobson, as other judges had done, Judge William S. Stickman IV was willing to reckon with the novel legal problem the plaintiffs had presented. In his view,

“Broad population-wide lockdowns are such a dramatic inversion of the concept of liberty in a free society as to be nearly presumptively unconstitutional unless the government can truly demonstrate that they burden no more liberty than is reasonably necessary to achieve an important government end.”

The decision in Butler properly reorients the court’s deference away from the state’s emergency prerogatives and toward individual liberties. It is an important decision, not only because of what the judge decided, but because of how he decided it: Judge Stickman refused to simply rubber stamp the Governor’s pandemic orders decreed in the name of a public health emergency.

COVID-19 public health orders present a unique challenge to those whose lives they suspend and disrupt. Under state public health emergency laws, once a governor declares a state of emergency, it is practically impossible for the state legislature to undo it. That leaves aggrieved parties with no recourse but the courts, further burdening them with the expense and frustration of litigation.

Citizens deserved better; they deserved: “an objective plan, the ability to determine with certainty how the critical classifications were to be made, and a mechanism to challenge an alleged misclassification.” The Governor and his offices, Judge Stickman said, had deprived them of all three.

These were the circumstances in Butler. Once Pennsylvania’s Governor proclaimed a state of emergency in response to the pandemic, he vested himself with “extraordinary authority to take expansive action by executive order.” And though the emergency declaration expired after 90 days, he had complete power to renew it—which he did, twice. Meanwhile, the state legislature was “powerless to vitiate the declaration,” unless the Governor signed off on their demands to open Pennsylvania’s economy, as he would with any other legislation (an unlikely event). In fact, the Governor’s emergency proclamation initiated a constitutional crisis, because his powers were unchecked indefinitely.

The facts before the court in Butler confirm what we might have suspected, but would not otherwise have been able to prove: Governor Wolf had created an arbitrary, make-it-up-as-you-go emergency response system, renewable at his say-so, for locking down businesses and individuals. These policies were made by an indeterminate “group” of advisors, from within his office, with no public oversight or input.

As is often the case with such advisory committees and councils, Wolf’s coronavirus response group merely obscured accountability. The group was vaguely described as “an interdisciplinary team” with “individuals from the governor’s office and agencies being pulled together for specific tasks.” The names of its members—“none of whom possessed a medical background or expertise in infection control”—remain unknown. And, although its “stated purpose” was to respond to the pandemic in “a very quick period of time,” that purpose was never reduced to a written document. There were no minutes of the group’s meetings, all of which were closed to the public, and none of which the Governor even attended. “[W]ithout ever conducting a formal vote,” this group put together orders intended to “reduce the amount of interaction between individuals,” and submitted them to the Governor to approve. This was nothing more or less than a bureaucratic free-for-all.

It gets worse. According to court records, the group’s method for deciding which businesses should live and which should die—i.e., the classification of so-called “non-life-sustaining” businesses—was also “shockingly arbitrary.” “They never formulated a specific definition of ‘life-sustaining.’” Rather than burden themselves with “the formality of kind of enshrining a definition somewhere,” they kept a “list”—a list which changed ten times.

This arbitrary deployment of “raw governmental authority” to destroy citizens’ lives and their livelihoods rankled the court. Citizens deserved better; they deserved: “an objective plan, the ability to determine with certainty how the critical classifications were to be made, and a mechanism to challenge an alleged misclassification.” The Governor and his offices, Judge Stickman said, had deprived them of all three.

So, in the face of the extraordinary shutdowns that Americans have faced this year, what standard should a court apply when determining whether emergency orders violate the Constitution? In County of Butler v. Wolf, the plaintiffs argued that the proper standards were traditional standards of constitutional scrutiny of civil rights.

Justice Alito expressed wonderment that it was permissible to play craps but not go to church.

The government, as one would expect, urged the court to give its public health emergency measures “broad deference,” (Broadly speaking, in other words, the government would get the benefit of the doubt.) as the Supreme Court had done back in 1905 in Jacobson. In that case, the Court upheld a Massachusetts statute mandating smallpox vaccination for adults, reasoning that matters of public health and safety were within the state’s police power to “guard and protect.”

Although a number of courts have relied on Jacobson to uphold COVID-19 orders (Chief Justice Roberts, in fact, cited it this past summer in South Bay United Pentecostal Church v. Newsom), there has been a groundswell of opposition to its application to the 2020 pandemic lockdowns. Scholars have rejected the application of Jacobson as anachronistic, especially given the considerable developments in constitutional jurisprudence over the last hundred plus years. Courts today defer away from the government’s police powers and toward individual liberties.

Jacobson should never apply in cases such as Butler. For while the statute in Jacobson contained a narrowly tailored mandate (a local ordinance requiring residents to be vaccinated for smallpox), the Pennsylvania Governor’s restrictions were “ongoing and open-ended.” Justice Alito made this point in his recent dissent in Calvary Chapel v. Sisolak (2020), where a church challenged the Nevada Governor's emergency directives that limited attendance at indoor worship services to not more than 50 persons, while other secular facilities, such as casinos, could open at 50% of their capacity, allowing for potentially many more people.

Justice Alito expressed wonderment that it was permissible to play craps but not go to church. He said it was “a mistake to take language in Jacobson as the last word on what the Constitution allows public officials to do during the COVID-19 pandemic.” Moreover, it was  a “considerable stretch” to apply Jacobson “to statewide measures of indefinite duration.” Otherwise, as Judge Stickman observed, “Faced with ongoing interventions of indeterminate length, ‘suspension’ of normal constitutional levels of scrutiny [as in Jacobson] may ultimately lead to the suspension of constitutional liberties themselves.”

Butler differs from Jacobson in another important respect, one that points to the essential problem posed by the pandemic orders. Jacobson’s broad deference afforded to the states was premised on legislative action. Unlike the vaccination statute sanctioned by the Court in Jacobson, governors’ orders are not legislative acts. Indeed, Governor Wolf and his offices were “statutorily permitted to act with little, if any, meaningful input from the legislature.” And, it bears repeating, under the law in Pennsylvania, “there is no limit on the number of times the Governor may renew the declaration [of emergency] and vest himself with extraordinary unilateral powers.” Under these circumstances, “for the judiciary to apply an overly deferential standard would remove the only meaningful check on the exercise of [state] power.”

By refusing to mechanically defer to the Pennsylvania governor’s pandemic orders, Judge Stickman took a brave stand regarding the court’s role as a check against an unaccountable and unrestrained executive branch. Hopefully, Butler will not be the last opinion to do so. Because when the COVID-19 crisis finally passes, the question will remain: what is to stop any governor from declaring the next state of emergency and doing so for whatever reason he sees fit and for as long as he sees fit? Since the Supreme Court decided Jacobson, back in 1905, state legislatures have enacted emergency powers acts that hand their lawmaking power over to their respective governors in moments of emergency. Our civil liberties can’t be entrusted to a legislature that sits on its hands.

UPDATE: On October 1st, 2020, the Third Circuit Court of Appeals ordered a temporary stay of Judge Stickman’s ruling as to congregate limits. Pending the parties’ appeal, then, the restrictions on gatherings will remain in place.