The Bizarre Taboo Against Describing Abortion. 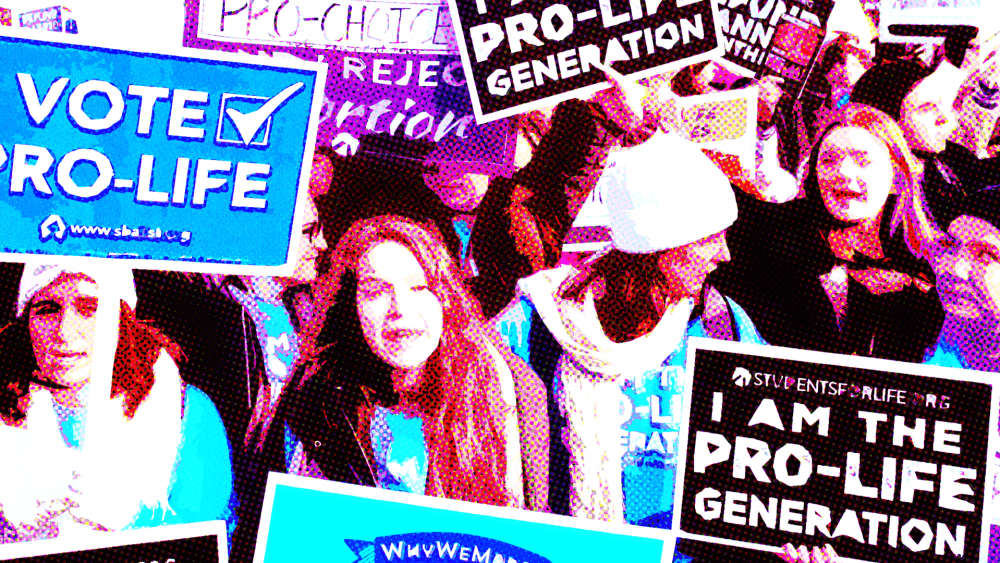 A common tactic deployed by opponents of certain issues is to graphically describe the impacts of that topic for their audience, thereby imparting imagery they hope will result in folks changing their ways. Animal rights groups, such as People for the Ethical Treatment of Animals (PETA), are famous for using this approach in trying to gross out non-vegetarians. Consider a 2012 campaign entitled Meet Your Meat, featuring Alec Baldwin as narrator and depicting graphic footage of livestock being raised, slaughtered, and butchered. So as to heighten our sense of curiosity or disturbance, Baldwin begins the video by warning us, “What you are about to see is beyond your worst nightmares. But for animals raised on modern, intensive production farms and killed in slaughterhouses, it is a cold, inescapable reality.”

[T]he left and their mainstream media have fully embraced the strategy of being as explicit as possible on virtually any social issue—with one notable exception: abortions.

These media campaigns will often issue warnings prior to showing or describing whatever perceived atrocity it is targeting. It is a rhetorical strategy clearly aimed at drawing in an indifferent potential viewer through their curiosity more than protecting fragile psyches. In 2010, PETA released a video titled Why I Don't Eat Chicken: a 30-second clip showing graphic footage of butchered chickens making their way through a processing center. The video begins with a similar warning to viewers, "This video may be inappropriate for some users." As if to reinforce the point, PETA then requires the prospective viewer to click on a button stating, "I understand and wish to proceed."

Graphic depiction tends to be used mostly by left wing causes, and it is a tactic readily embraced by their accomplices in the media. An article from the Daily Beast last year took this approach, with the explicit goal of stirring emotions in support of gun control. The piece, which reviewed an advertisement that had been released detailing the events of the horrific Sandy Hook shootings in 2012, managed to fit the words “shocking,” “chilling,” and “hard to watch” into a single headline. The article also featured the obligatory disclaimer (read: teaser), “Warning: The new PSA from ‘Sandy Hook Promise’ contains a graphic depiction of a school shooting and children responding.”

In a more recent example, NPR ran a piece in July on an outbreak of COVID-19 in San Quentin State Prison in California. The feature included both audio and written warning that the story “contains graphic content”—again, with the transparent goal of gathering sympathy for the difficult conditions being endured by those unfortunate convicted felons at one of the most notorious prisons in the country. And that’s not all. Consider leftist media campaigns on issues such as capital punishment, medical animal testing, and, of course, any police shooting that has even the slightest hint of racial complexity. Consider the release of footage of the Rayshard Brooks incident earlier this year by WBRC which headlined the video with, “GRAPHIC: Police bodycam video from Rayshard Brooks shooting” on their website.

Indeed, the left and their mainstream media have fully embraced the strategy of being as explicit as possible on virtually any social issue—with one notable exception: abortions.

HITTING THE MESSAGE HARD AT THE RNC

The recent Republican National Convention (RNC) featured multiple speakers who took on the topic of abortion, including Sister Deirdre Byrne (a nun and a medical doctor), who stated, “the largest marginalized group in the world can be found here in the United States. They are the unborn.”

“The largest marginalized group in the world can be found here in the United States. They are the unborn.”

By far, the most memorable, however, was former Planned Parenthood executive Abby Johnson, who spoke to us about her firsthand experience helping with an ultrasound-guided abortion at a Planned Parenthood clinic. Johnson explained that the fetus in question seemed to sense the impending attack and appeared “desperate to move away from the suction” to avoid the abortionist. “The last thing I saw was a spine twirling around in the mother’s womb,” she recounted.

So how did the press receive Johnson's speech? Surely, they must have applauded her story and its intense detail, right? Especially given how frequently leftist causes use graphic language as a means to curry sympathy? Not so much.

The next day, the attacks on Johnson were widespread. The Washington Post ran a story with the headline, “Trying to disgust you is the only move the Republican Convention’s speakers have left,” and then challenging Johnson’s account stating, “No, abortion doesn’t ‘have a smell.’ And apparently this ludicrous clarification needs to be made, because … Abby Johnson got behind a lectern and told a national audience that.” The Daily Beast chimed in with an attack piece of their own, calling Johnson an “anti-abortion zealot,” and criticizing her use of “shock imagery.” The Huffington Post, meanwhile, objected to Johnson’s use of “graphic language to describe abortion, [which is] a safe and common procedure.” These reactions were just one more example of the media’s bias against all things conservative. For issues they like, like gun control or veganism, they have one standard; for issues they despise, like abortion, they have a completely different standard.

Johnson has been graphic in her descriptions of abortion for years now, which may explain the vitriol her opponents unleashed following the RNC. Johnson left Planned Parenthood in 2009 as a highly recognized employee. She even received the Planned Parenthood 2008 Employee of the Year Award, as well as their Margaret Sanger Award in April 2009.

Once she was on the other side of the fence, however, Planned Parenthood and their allies almost immediately began their counter-attack against Johnson. Less than four months after her departure, an article was published in Texas Monthly with the help of Planned Parenthood that went after Johnson’s credibility. In challenging Johnson’s integrity, their primary focus was on her recollection of the specific date of the incident, arguing, “According to Planned Parenthood, there is no record of an ultrasound-guided abortion performed on September 26.”

"They don’t know about the Products of Conception room in abortion clinics, where infant corpses are pieced back together to ensure nothing remains in the mother's wombs; or that we joked and called it the 'Pieces of Children’ room.”

The reason for Planned Parenthood’s ire was understandable: Johnson went on to expose, among other things, that abortions at Planned Parenthood are actually encouraged because they were a key aspect of their business model. More abortions mean more grant and pro-abortion donor money. Such heresy could not be tolerated, particularly by someone with so much credibility, given that she was a former employee.

In the lead up to the Republican National Convention, and in anticipation of another Johnson speech with vivid descriptions of the horrors of the liberal-encouraged abortion industry, the left’s strategy shifted. Instead of just calling Johnson a liar, they decided to accuse her of racism and went so far as to claim that she wants police to racially profile her adopted son. An article by Newsbreak titled, “Why was Abby Johnson’s Video Racist?” discussed a video Johnson had posted on YouTube in late June. Newsbreak justified their headline by claiming Johnson “made an extended argument blaming the problems of the Black community on the breakdown of the Black family and on absent Black fathers.” (Of course, the approach of accusing anyone with whom you disagree of racism has become so tiresome and commonplace that anyone who is not disgusted with the method must not be paying attention.)

None of their rumor-mongering could take away, however, from the power of Abby Johnson’s words. “For most people who consider themselves pro-life, abortion is abstract," Johnson explained. "They can’t even conceive of the barbarity. They don’t know about the Products of Conception room in abortion clinics, where infant corpses are pieced back together to ensure nothing remains in the mother's wombs; or that we joked and called it the 'Pieces of Children’ room.”

In the collective mind of the left and their media, showing bloody pictures of cattle being slaughtered is entirely acceptable if the goal is to reduce the number of cheeseburgers being consumed. Describing, in gory detail, the execution of a mass murderer is just another day on the job if the objective is to sway opinions against the death penalty. Going into explicit descriptive detail on the destruction of human fetuses, the most vulnerable among us? That’s going too far.

But being graphically descriptive can help us understand reality, it can help us connect and empathize with those victimized by abortions, and should be fair game for that reason. Euphemistically dismissing the horrific dismantling of a 33-week old fetus—one that would otherwise easily survive outside of the womb—as just another medical procedure that removes some human tissue is, as Abby Johnson has bravely instilled in us, a most egregious misrepresentation. If being graphic is suitable for other discussions, then it is most certainly suitable for discussing abortion.