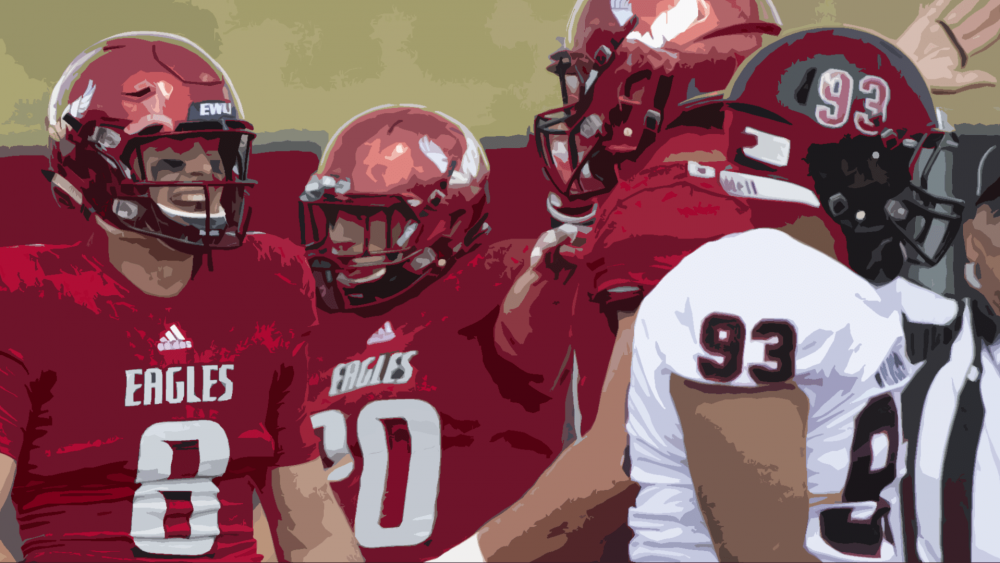 American universities are built on exploitation. They exploit their adjunct professors, graduate students, and young adults they induce into lifelong debt through fraud, all to fund endless administrative and professorial sinecures. These bastions of liberal cultural elitism have become quasi-religious institutions, devoted not to God or tradition, but secular progressive politics—and their own infallibility.

Americans, understandably, place a high value on education. As some of our oldest institutions (some even older than the country itself), universities have long enjoyed a special solicitude in our culture. Nothing else explains their rampant tuition increases (the cost of college increased by more than 25% in the last decade), or how flippantly these institutions treat their nominal customers. (On Wednesday, Boston University announced that it would be issuing posthumous degrees to students who die from COVID-19 before completing their college education. It's not clear whether BU considers itself a monarch bequeathing knighthood, or whether it wants to be sure it can cash in on the debt it's now-deceased students signed up for.)

Either way, American universities have embedded themselves into American public life in ways that extend far beyond “education.” The so-called public institutions are supposed to help Americans become productive, virtuous citizens—that's why they enjoy tax-exempt status and the ability to deploy eminent domain. They are not, however, granted these privileges to become real estate companies, tech startups, summer camps for teens—or professional sports leagues.

FOOTBALL IS AWESOME, BUT...

College football is a ton of fun. I’ve been to Autzen Stadium and Happy Valley—those games in Eugene and State College weren’t just athletic events, they were experiences. There’s not much like being in a crowd with nearly 100,000 people who are all on the same side. If you haven’t gone, you should do so.

So, like many, I too was a little disappointed to hear that the Big Ten announced that it would postpone its fall sports season—including football—"due to ongoing health and safety concerns related to the COVID-19 pandemic." The Pac-12 quickly followed the Big Ten's lead, generating plenty of dismay as any number of games were removed from the calendar of an already dismal year.

The President, too, was rightly disappointed. Out of concern for national morale, President Trump has criticized the decision, taking note of the physical fitness of the vast majority of college football players. "This [COVID-19] attacks older people, very viciously ... but these football players, they’re very young, strong people, and physically, I mean they’re physically in extraordinary shape, so they’re not going to have a problem," he said during an appearance on Fox Sports Radio. The media has, as it's wont to, created a controversy out of this disappointment, claiming that, as the college football season is crumbling, the "MAGA world is blaming [it] on the Trump-hating left." They've spun this as COVID-denying conservatives versus the educated left acting benevolently on behalf of these 18-22-year-old athletes.

Some prominent conservatives, playing into that narrative, have staged the football field as a battle zone for the ongoing culture wars. "The Left doesn’t care — they think removing joy from the fall will hurt Trump, so they’ll push to shut down football," tweeted Laura Ingraham.  "It’s all political."

Ingraham is right about the politics this fall—but embracing the status quo of college football is the wrong strategy in the long term.

The Carnegie Foundation wrote a report about this in 1929, suggesting that universities had positioned themselves to leverage this American-like-apple-pie pastime to fuel their growth. “Commercialism has made possible the erection of fine academic buildings and the increase of equipment from the profits of college athletics,” the report said, taking note of how strange it was that the athletes were not paid. The Foundation elaborated on just how much money these schools made by commercializing their football program; in 1926, Cal’s athletic revenue was $486,162, with football contributing $457,016 of that. Harvard’s football revenue came in at $429,000. A little under a century later, college football brings tens of millions a year in profit to universities, with football revenues making up the bulk of that.

That’s tens of millions of dollars in the coffers of institutions that seek to destroy conservatism and its adherents.

And that’s just scratching the surface. Football doesn’t just help the universities via tickets and merchandise sales—it keeps alums donating into the endowments. A 2012 paper published by the National Bureau for Economic Research revealed that college football success is correlated with increases in alumni giving. According to the study, "if a college improves its season wins by 5 games, it can expect alumni athletic donations to increase by $682,000 (28%)." If winning football games increases alumni donations, it's not hard to surmise that it's the football fans doing the donating.

Here at Human Events, we’ve talked about how the universities are at the root of our modern political crisis. They defraud our children and produce the ideology that has set our cities aflame. As much as we may love college football—we have to love America more. Conservatives should look to seize the endowments, not donate to them.

Today's all-too-woke university settings are awash with hostility towards conservative students and President Trump's base. Charges of "systemic racism" and "white supremacy" fall effortlessly from their lips—as Education Secretary Betsy DeVos learned during a 2017 speech on Harvard's campus.

The irony, of course, is that these very institutions seeding conservative loathing throughout the country were founded and funded through the pinnacle practice of white supremacy: slavery. In his essay, "Slavery and the American University," Alex Carp recounts this history:

"According to the surviving records, the first enslaved African in Massachusetts was the property of the schoolmaster of Harvard. Yale funded its first graduate-level courses and its first scholarship with the rents from a small slave plantation it owned in Rhode Island (the estate, in a stroke of historical irony, was named Whitehall). The scholarship’s first recipient went on to found Dartmouth, and a later grantee co-founded the College of New Jersey, known today as Princeton."

These elite institutions, distancing themselves from this history, have had a harder time shaking off their impulse to exploit workers. Over the last few years, dozens of controversies have been made public about labor exploitation in universities: adjunct professors living in their cars, forced into prostitution, or dying penniless, after a quarter-century of service, with no health insurance; graduate students who end up committing suicide because of toxic work conditions or who are forced to endure sexual abuse from their advisors because the university won't protect them; even custodial and support staff—Harvard's cafeteria workers had to go on strike in 2016 for a meager pay increase to $35,000 a year. Yes, the same Harvard with a $40.9 billion endowment. The financial model of these overwhelmingly Democratic institutions is clear: leverage their prestige to trap vulnerable workers into terrible, exploitative working conditions—and then wax poetic about Marxism so nobody notices.

Given that, it should come as no surprise that universities exploit student-athletes.

In 2017, Josh Rosen, star quarterback of UCLA’s football team, ignited a controversy when he said in an interview that football and school just don’t go together: "They just don't. Trying to do both is like trying to do two full-time jobs." All too often, the exceptions to this case are paraded about to convince college athletes—the vast majority of whom will never play for the NFL—that football is a viable path to a college education. Rosen disagrees: "Human beings don't belong in school with our schedules. No one in their right mind should have a football player's schedule, and go to school. It's not that some players shouldn't be in school; it's just that universities should help them more—instead of just finding ways to keep them eligible."

This idea is thoroughly explored in HBO's 2018 documentary Student Athlete, which profiles four students at various stages of a college football career. "Once they arrived on campus, they were disabused of the idea that they were there for academics. Obtaining a degree was secondary to their obligations to their athletic programs, even if it left them with few options at the end of their eligibility," writes Soraya McDonald.

It's not just the grueling practice and competition hours that make college education itself untenable while playing football. It's that these scholarshipped young men, who are not compensated in any other way for their hours of labor, are completely beholden to the demands of their coaches and administrators. Piss off a coach or injure yourself, even a week too soon, and you lose your degree and years of investment in one fell swoop. Exploitation like that would never be tolerated in the private sector.

In the short term, these seasons should go on. Players are pushing the hashtag #WeWantToPlay, which was recently retweeted by the President, These players should be heard.

Meanwhile, coaches and administrators are often the highest-paid public employee—in their entire state. Take Florida State, which generates over 100 million dollars in football revenue every year. Their football coach is the highest-paid public employee in the state of Florida, making $5 million a year. “The coaches are making millions of dollars and they’re coaching players whose parents live below the poverty line,” says former NFL and college football coach John Shoop. It’s not just that these coaches are making a living off of the literal blood, sweat, and bones of these young men—it’s that they’re out there actively looking for the kind of players who would be most likely to put up with the abuse.

At the end of the day, college football players are workers too—in this case, workers that are not being fairly compensated and are being wantonly exploited by left-wing indoctrination factories. We need to let current players play this year so that they aren’t further harmed—but we also need to fix this system.

In 2014, Northwestern raised an estimated $30 million for its football program alone; the top earner, the Texas Longhorns, raised $139 million. Clemson’s football program made $50 million in 2018. Alabama’s athletic department reportedly made more than $150 million the same year.

Let’s face it, despite the mistreatment that conservatives face at university settings, college football is one of the only things that keeps wealthy conservatives donating to their alma maters. And it’s not just donations—it’s ticket sales, athletic apparel, TV contracts. The revenue streams coming in from what are effectively university plantations—what Mike McIntire calls the “corporate-athletics complex”—are as wide as they are deep. It’s an enterprise that “corrupts universities, skirts federal tax laws, bullies the IRS, relies heavily on private donors, and sets players up to fail after their sports careers are over by pushing them into academically vapid curriculums," writes Vox in a profile of McIntire’s book, Champion’s Way.

Conservatives should want to see the football-university arrangement broken up. Europe is crazy about soccer—but they don’t bundle lower-level clubs with universities.

We need a similar arrangement. If universities are going to be factories of leftism, football players and fans shouldn’t be footing the bill.

Seize the endowments—and the football facilities, too.