Use Antitrust Against Big Tech. 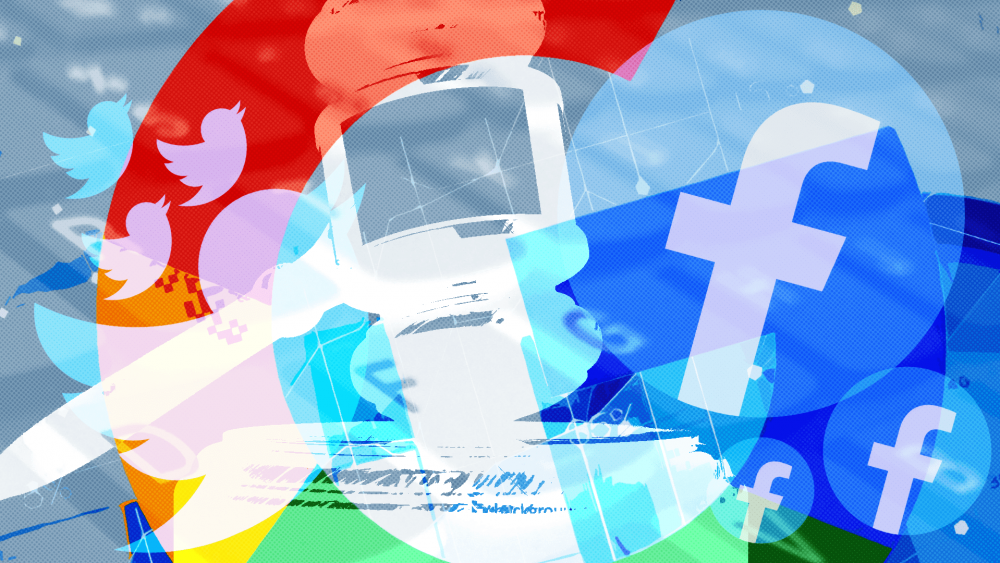 On July 27th, a landmark hearing will take place in Washington, DC.  For the first time, Apple CEO Tim Cook, Amazon CEO Jeff Bezos, Google CEO Sundar Pichai, and Facebook CEO Mark Zuckerberg will all testify before the House’s Antitrust subcommittee. These four extraordinarily powerful Big Tech CEOs, whose companies are worth a combined $4 trillion, have never testified together—and it will be the first time that Bezos has ever testified before Congress.

This market power—combined with these platforms deep, entrenched anti-conservative bias—presents a profound threat to the conservative movement.

Bezos, Pichai, Zuckerberg, and Cook will almost certainly argue that their companies are not monopolies. Google and Facebook offer free services; Amazon offers incredible prices and excellent service; Apple offers beautiful products and competes with Android. But that’s a surface level analysis of the sheer power that these men wield.

All of these companies have dominant market positions in one or more important technology markets. Amazon dominates online retail, accounting for almost 40% of all US ecommerce. Facebook is of course the largest social media platform in the world. WhatsApp and Instagram were only its highest profile acquisitions: the behemoth mediates online communication for more than 2 billion people. Google, which, in 2019, held a 73.1% share of the US ad tech market, also has a firm grasp on the online video market through YouTube, where one billion hours of YouTube content is viewed per day. In the US, YouTube achieved a market reach of almost 90% in 2018. And Apple, which controls 46% of the US smartphone market, has turned its App into major global industry—iOS users account for a majority of all mobile app revenues in the United States.

This market power—combined with these platforms deep, entrenched anti-conservative bias—presents a profound threat to the conservative movement. Antitrust law provides a remedy, and Republicans should take full advantage of this upcoming opportunity to press the CEOs on their anti-competitive conduct which has allowed the anti-conservative bias of Silicon Valley to flourish unchecked.

Monopolies are anti-business, and antitrust enforcement is the remedy.

US antitrust laws grew out of the Gilded Age when rapid industrial growth was changing the nature of business and the power business executives wield. Contrary to popular belief, these were not laws enacted to stifle wealth accumulation or commercial ingenuity—they were measures written to ensure the vigor of the free market. Antitrust laws prohibit price-fixing, the operation of cartels, unfair collusive practices, and the abuse of monopoly power that undermine healthy competition and the benefits to consumers that emerge from it.

Monopolies are anti-business, and antitrust enforcement is the remedy. And just as prohibitions were placed on large manufacturing conglomerates of the 1890s that owned hundreds of short-line railroads, the steel mines they were built from, and the transport business that operated on them, prohibitions need to be placed on monopolies like Google, which with its dominant position in search, e-mail, and video, has enormous influence over the way we understand the world—and who is allowed to have influence in the first place.

Imagine being an app maker with a healthy business, who is suddenly told that their app is no longer allowed on Apple’s App Store. That’s effectively the end of your business. Or think about an author whose books are removed from Amazon’s library—or a vlogger whose account is banned from YouTube. These platforms are so dominant in their respective spaces that losing access to them is a death knell for your business or career.

This is a novel phenomenon in American life. We are used to competitive markets in content creation and production. If a journalist loses a job at one newspaper, he can move to another one. If a production company gets tired of a popular filmmaker, that filmmaker can find twenty others to work with him. If an author annoys a publishing house, another will swoop him up. But that’s not how it works with these tech platforms: they dominate the space. There’s no replacement for the App Store or the Kindle Store or YouTube. They dominate their markets, and vest their owners and operators with immense power over the public square—and who gets to participate in it.

This has tremendous implications when you consider just how much control these private companies have over the speech and free expression of Americans. The decision by one company to stop doing business with a content creator can not only destroy their livelihood—it can permanently erode the intellectual diversity of American civic life.

THE FUTURE OF OUR MOVEMENT IS AT RISK

Silicon Valley’s anti-conservative bias is universally acknowledged at this point. The engineers that envision, build, and maintain the tech we use belong to an ideological echo chamber; it’s hardly surprising that the content monitoring protocol they devise reinforces that world view.

If things continue as they are, with the Big Tech companies wielding monopoly power to silence conservatives, it could ultimately destroy our entire political movement.

If things continue as they are, with the Big Tech companies wielding monopoly power to silence conservatives, it could ultimately destroy our entire political movement. Today’s conservative movement has become a bastion for free expression and ideological experimentation; we zealously guard the marketplace of ideas as much as we do free enterprise. But that political project is jeopardized in a world where all of that speech can only happen on platforms that harbor deep anti-coservative bias. In fact, we exist in a digital marketplace where we couldn’t even leave these major platforms if we wanted to—Big Tech’s monopoly power stymies the potential for conservative-led startups and small businesses.

On next week’s subcommittee are two lions of the new, populist right: Rep. Ken Buck of Colorado and Rep. Matt Gaetz of Florida. Both have demonstrated that they will not be cowed by Big Tech, and that they understand the threat posed to their constituents by the tech goliaths’ wielding of their monopoly power for political purposes. Given the environment facing conservatives, extracting value from this hearing will be genuinely important.