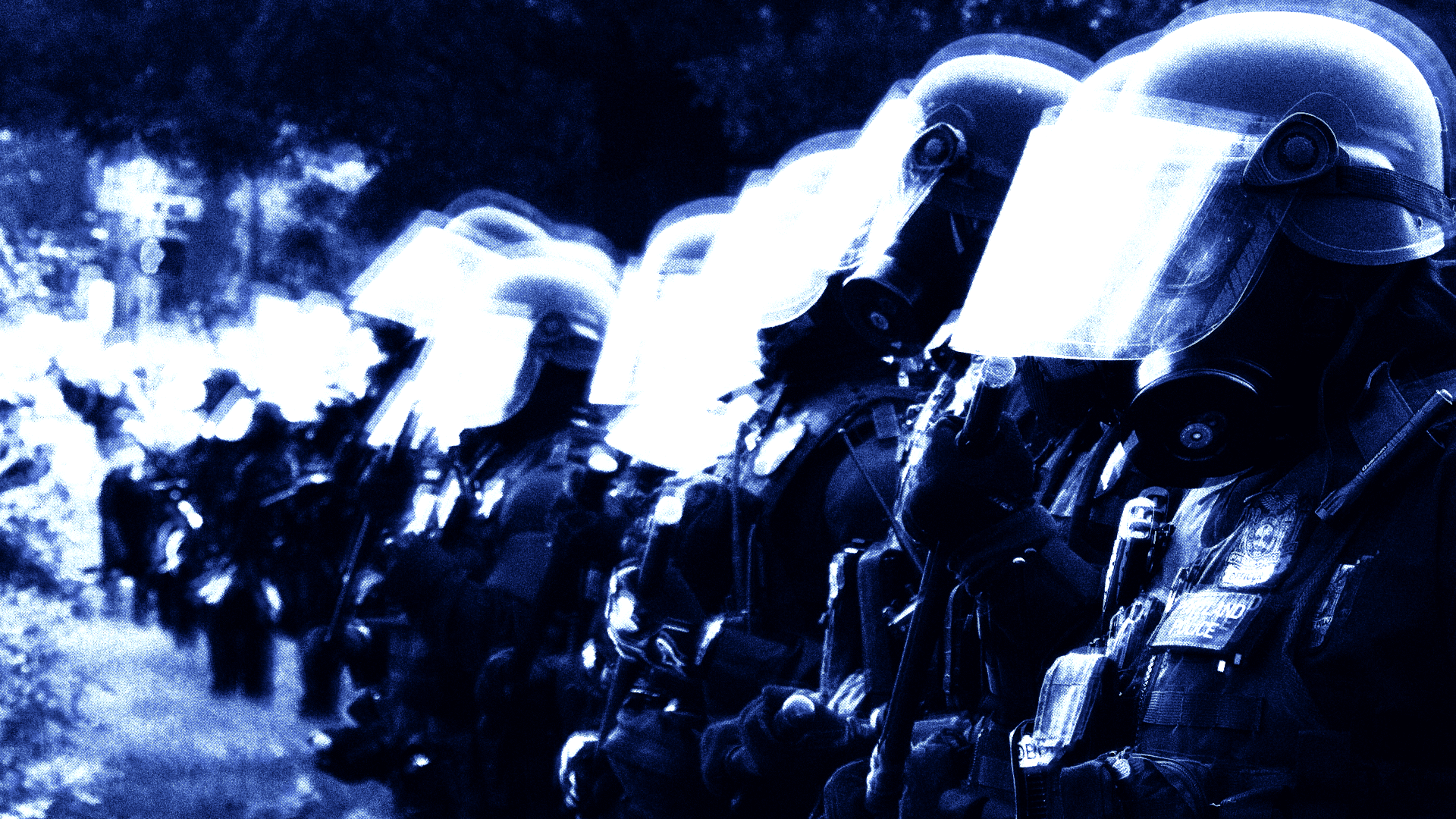 Outrage, at least from the usual suspects, has greeted the use of federal personnel in Portland to enforce laws that the mayor of Portland and the governor of Oregon have refused to enforce. Despite the pearl-clutching, the precedent and the constitutional principles are clear: If the states and cities will not protect their citizens’ lives, property and civil rights, the Constitution does not permit federal military intervention. It requires it.

“Whither the Constitution?” asked a partisan press. Did the madding crowd have no right to its justifiable outrage?

None of those out in the streets of Portland this week are old enough to remember another time when unabashed white supremacists flooded the streets—destroying property, blockading innocent citizens … And the way in which local law enforcement, in the hands of state and local Democrat governors and mayors whose electoral supremacy seemed permanent, merely stood by while all this took place. That time, too, elected officeholders not only refused to act, but actively encouraged growing disorder at the hands of the most radical members of their committed political base.

When this happened, though, a Republican in the White House acted and, historically and dramatically, deployed the 101st Airborne Division of the U.S. Army. The National Guard was also federalized. At the time, America seemed very much on a civil war footing, pitting the President’s military might versus the righteous outrage of a constituency convinced of its absolute right to resist.

“Whither the Constitution?” asked a partisan press. Did the madding crowd have no right to its justifiable outrage?

Nonetheless, the die was cast. What claimed the mantle of popular rage could not thwart the steel helmets and heavy armor sent by the Republican Commander in Chief.  And, over their objections, President Dwight David Eisenhower made sure that nine black students were escorted safely into Little Rock Central High School. The visceral certainty of the angry white mob that it was wrong for Washington to use force to protect the rights of people threatened by violence did not matter—nor should it have.

Americans are guaranteed a great number of civil rights, besides the right to equal opportunity in education. Citizens are also entitled to speak freely, to assemble freely, to worship freely and, under the Fifth Amendment, to travel. In fact, under 18 U.S. Code § 241, it is a federal offense to conspire “to injure, oppress, threaten, or intimidate any person ... in the free exercise or enjoyment of any right or privilege secured to him by the Constitution or laws of the United States, or because of his having so exercised the same.” This statute also makes it illegal for “two or more persons [to] go in disguise on the highway, or on the premises of another, with intent to prevent or hinder his free exercise or enjoyment of any right or privilege so secured...”

For 49 days now, violent anarchists have acted in defiance of protocols outlined by the Portland Police Bureau—which has hardly shown itself to be a bastion of strict “law and order” policing—for safe and peaceable assembly. Instead, they have systematically undertaken to destroy private, state, and federal property and have not hesitated to assault either law enforcement personnel or civilians. Unruly crowds used commercial grade lasers to blind police, and made weapons from paving stones and fireworks—even attempted to assault an officer with a hammer. A little over a week ago, Portland Police made multiple arrests and found a loaded weapon on one subject, as a hostile crowd of about 250 violent anarchists failed to comply with dispersal order and surrounded Hatfield Courthouse. A few days later, someone fired shots into the air from the rear seat of a passing SUV. Whether we blame Antifa, Black Lives Matter, or spontaneously enraged “peaceful protesters,” the mayhem being imposed on America’s cities now constitute a host of civil rights violations.

President Eisenhower had, as Supreme Allied Commander little more than a decade earlier, tamed an enemy that was dedicated to the principle that ‘might makes right.’ In Little Rock in 1957, however, Ike made clear that protecting the civil rights of citizens from street violence—regardless of how certain its perpetrators are of their rectitude—is not constitutionally optional. For there is no peace without justice.

There can be no question that the most extreme among those guiding the on-going violence (and no one seriously considers them spontaneous) wish passionately for martyrdom—not for themselves, but for someone “on their side”—an event that can be pinned on federal over-reaction. So President Trump has, until now, wisely resisted the transparent effort by far-left activists and not-so-far-left Democratic politicians to goad him into a law enforcement or even military-style show of force. But drawing lines is the hard part of making policy, and perhaps the President has drawn it at 50 days of lawlessness in what was once one of America’s great cities.

In the name of civil rights, justice and peace, seven weeks of anarchy is enough.