South Africa and Brazil Show What Defunding the Police Means. 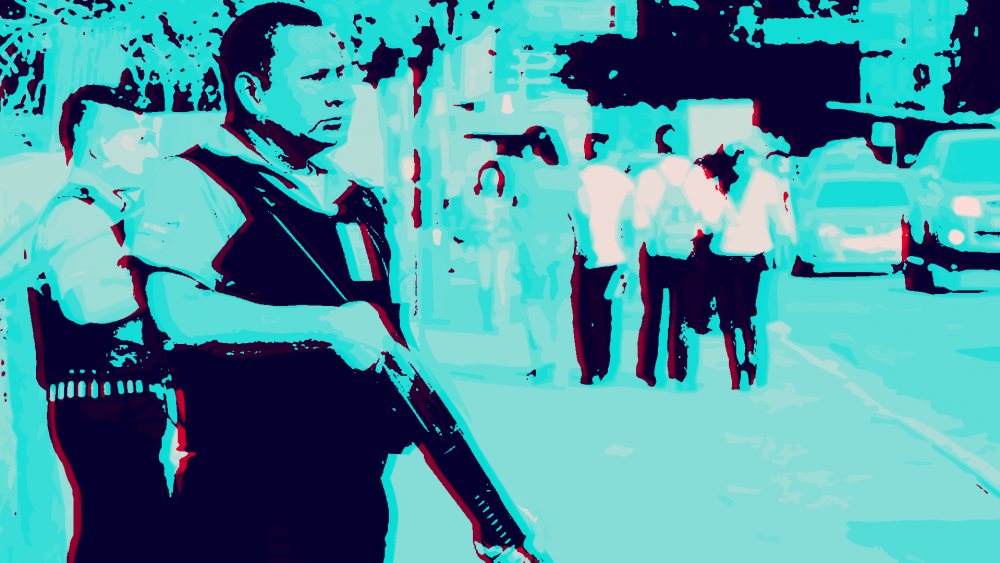 Defund the police. It’s the slogan on everyone’s lips these days, begging the question, “what will replace them?” Despite the enthusiasm for defunding, the answer remains vague. The city of Minneapolis, for instance, has voted to disband its police department. When City Council president Lisa Bender was asked on CNN who you should call if your home is being burglarized, she skirted the question entirely, responding that that question “comes from a place of privilege.”

“Rolling back police functions has the potential to have a far greater impact on advancing the call to defund the police than approving a meager cut of $150 million.”

In New York City, Mayor Bill de Blasio has agreed to cut $1 billion from the NYPD’s $6 billion budget. Instead of the safety and security of New Yorkers, those funds will be redirected towards things like youth summer programs, social services, education, and public housing. In a statement, De Blasio said, “This budget prioritizes our communities most in need while keeping New Yorkers safe.”

And, early this month, the Los Angeles City Council approved cutting the LAPD’s budget by $150 million. The council also instructed city employees to develop an “unarmed model of crisis response”—i.e., a non-police alternative for handling calls for help in nonviolent incidents. Melina Abdullah, co-founder of Black Lives Matter LA, approves of the proposal. “Rolling back police functions has the potential to have a far greater impact on advancing the call to defund the police than approving a meager cut of $150 million,” she told the Los Angeles Times.

No doubt, in the coming weeks and months, many more proposals like these will be floated by different groups and in front of various municipal entities. And if the trend continues, no matter what alternatives to the police the government provides, middle-class Americans will eventually start to rely on some form of private security. We’re already seeing this in fact—consider what’s happening in Seattle, Washington. According to the media, private security officers proliferated the area in and around Capitol Hill, which was occupied by activists for most of June. During that time, one private security company told the Seattle Times it was receiving 200 calls a day from local businesses in need of security services.

Americans tend to think of “private security” as a service for the wealthy—men in black suits with earpieces. However, in other countries, the private security industry offers wide-ranging and affordable options. Moreover, this move toward blended security services—from both public and private police—is not new. It is already a reality all over the world.  I have lived in both South Africa and Brazil, and I experienced how their middle-class relies extensively on private security.

As police in America are defunded, I believe more middle-class Americans will start to use some form of private security to protect themselves.

WHERE THERE ARE NO POLICE, THERE ARE PRIVATE POLICE

While the South African and Brazilian police services haven’t been “defunded,” per se, they are essentially non-existent to middle-class citizens of their respective countries.

The company even offers ala carte service to nonsubscribers.

All the South Africans I talked to told me they considered calling the South African Police Service (SAPS) to be a waste of time. One study suggests that in South Africa, as many as 84% of burglaries go unreported. When South African citizens were asked why they had no faith in SAPS, roughly 80% cited slow response times. Nearly 60% of South Africans polled said the police are lazy, and over 50% said stolen goods are never recovered.

I lived in South Africa between 2015 and 2017, in a small city called Potchefstroom, about 2 hours from Johannesburg. The local private security company, Mooirivier Beskerming, acted like a private police force. The majority of the residents in the city center relied on their highly affordable services. A basic package could start for as little as $25 per month. The company offers a wide variety of services; most of their subscribers have some sort of monitored alarm system. One friend told me the neighborhood cats regularly set off his alarm, but each time Mooirivier Beskerming agents come out and check for intruders. As a customer, he can call their agents any time he feels unsafe and ask them to search his property—even if the alarm hasn’t gone off. Mooirivier Beskerming offers CCTV and an armed response team that can be deployed quickly. Their agents even occasionally shoot and kill suspects.

The company even offers ala carte service to nonsubscribers. One man I knew in Potchefstroom described a night when he came home and suspected there might be a burglar in his house. He did not have a subscription with Mooirivier Beskerming. He called them anyway, and their agents came out to search his property, and he was billed a modest one-time fee for their visit.

During my years in South Africa, I often saw Mooirivier Beskerming cars out patrolling the streets. Importantly, I never saw SAPS—except when they were issuing traffic tickets. For a smaller municipality like the one we lived in, these traffic fines are a significant source of revenue.

Mooirivier Beskerming is also active in stopping crime. For example, on June 14, the company posted on its Facebook page, “At around 13h30, Our CCTV monitoring team spotted a suspect in Reitz street robbing a female victim. Reaction was immediately dispatched and cought (sic) up to the suspect in Dwars street. The Suspect tried to escape and managed to stab one of our officers (multiple times) with a knife. Nevertheless, our reaction officers still arrested the suspect.” (At that point, of course, Mooirivier Beskerming had to hand him over to the actual police. The company doesn’t have authority to charge or imprison suspects).

Today, I live in Sao Paulo, Brazil.  While I frequently see police cars patrolling the streets of my neighborhood here, they do not seem to make any difference. Crime is widespread here—a friend was recently held up at knifepoint in broad daylight just a few blocks from my apartment building.  As in South Africa, middle-class families in Brazil are forced to rely on private security.

If we had an effective local police force, these types of extreme security measures would not be necessary.

Brazil has several police forces that perform different functions, and their level of quality varies by region. But overall, it is fair to say that the Brazilian police are characterized by corruption and incompetence. A growing number of citizens have no faith in them. In a 2019 study, Transparency International found that 39% of Brazilians believed most or all members of the police are involved in corruption—up from 31% in 2017. Brazil has no national database that records how many crimes the police actually solve, but there are a few projects that attempt to monitor it through large samples. One of them is Monitor da Violência, which is based at the University of São Paulo. They took a sample of 1195 violent death cases, and found that 48% of the cases were still being investigated after two years .

Security services in Sao Paulo tend to be more individualized than in South Africa. We don’t have one private security company like Mooirivier Beskerming that acts in place of the police. Instead, every building has 24-hour doormen, extensive CCTV, and a big fence. I always feel perfectly safe in my own home: a middle-class building like mine will probably only attract amateur burglars and desperate druggies—which our doormen can handle. Wealthier residences have more sophisticated security arrangements, like armed guards, security towers, fingerprint scanners, even security drones.

Some of my husband’s family live in houses rather than multi-family apartment buildings. They don’t have doormen, but their neighborhood cooperates to hire an agent to patrol the streets. They use professional security firms for this. Each house with a subscription has the firm’s badge on their entrance. The individual blocks jointly pay an agent to patrol their street. If a resident arrives home late, they can phone to ask the agent to see them safely inside.

Everywhere you look in Sao Paulo, there are guards, CCTV, and fences, fences, fences. Sometimes when I take my children outside, I feel like they are tiny inmates getting their exercise in the prison yard. If we had an effective local police force, these types of extreme security measures would not be necessary.

In South Africa and Brazil, the middle class pays for their security twice. Once in taxes for public police—who don’t show up—and once for their private security, that does. This will likely also eventuate in America—I don’t hear anyone proposing that defunding the police should mean returning their budgets to taxpayers. The massive police budget cuts in New York and Los Angeles are being directed into other programs, and politicians are deciding what will keep taxpayers safe—even though taxpayers may have very different ideas about that.

And yet, despite this heavy cost, crime is rampant in both South Africa and Brazil.

And yet, despite this heavy cost, crime is rampant in both South Africa and Brazil. Around 58 people are murdered in South Africa every day. Brazil has the 7th highest murder rate in the world. Of course, I’m not suggesting America will quickly sink to these depths if police departments are defunded. The situations and histories of those countries are very different from America’s. Private gun ownership also plays an important role. Law-abiding Americans can defend themselves using firearms. Brazil and South Africa both have highly restrictive gun control laws. (Though Brazilian President Jair Bolsonaro has succeeded in loosening those laws a little.)

I do believe, however, that South Africa and Brazil provide some lessons about what life is like in a country where police are essentially absent. Ordinary citizens will have to find ways to protect themselves and their property. And if police departments are defunded, private security for the middle class will become a bigger part of life in America.