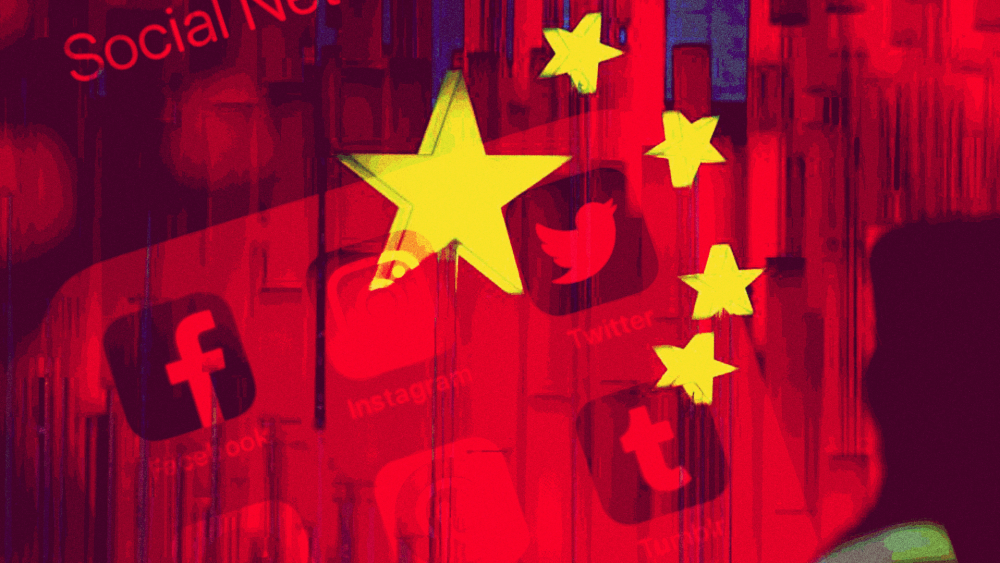 It was an unprecedented moment in the history of social media.

On May 26th, Twitter decided it needed to correct a statement from President Donald Trump when he criticized the legitimacy of mail-in voting. Out of cyberspace's blackness, social media decided it had not only the right, but the obligation to inform the public about what the “truth” is.

Out of cyberspace's blackness, social media decided it had not only the right, but the obligation to inform the public about what the “truth” is.

Make no mistake. Despite an ongoing coronavirus pandemic that has been subsumed by a sudden urgency to root out “systemic racism” and expose “white privilege” in America (which has, in turn, been subsumed by the blind rage and greed of rioting and looting), freedom of speech remains fundamental to keeping America free. America’s foundational value of free speech should mean that, whether you are a humble factory worker or the President of the United States, you have the right to your opinion, and to express that opinion without fear of being arrested, censured or financially ruined.

The left, however, continues to work to undermine that freedom as it tries to criminalize free speech through a variety of ways. Most often, they label anything they dislike as “hate speech.” It’s an elastic term that can apply to just about anything they deem unpleasant—in the same way that George Orwell observed that the term “fascist” had become hopelessly indeterminate by 1945.

Through the left’s persistent campaigning, the president has been successfully branded as a “racist.” Because of countless false media accounts, that if you enter the word on Twitter, Trump’s name will appear. Not Adolf Hitler. Not Louis Farrakhan. Not the KKK. Donald Trump.

Maybe that’s why Twitter felt empowered to censor and censure the President of the United States.

Twitter might have intervened on a thousand different occasions. The president can, and has, offended with his tone and his subject matter. His boldness is one of the reasons for his enduring popularity.

The platform has become rife with a myriad of half-baked political views, the absurd contentions of Chinese Communist officials, and the rambling barbs of failed Democratic presidential candidate Hillary Clinton.

But the social media giant chose to act as an arbitrator for editorial accuracy on an issue that is entirely open to debate. Mail-in voting is hardly beyond criticism, and, considering the ramifications that would result if it seriously erodes the electoral system, it should be scrutinized, intensely.

Given their apparent willingness to censor or correct the opinions of President Trump, Twitter also needs to be subject to the same degree of scrutiny, along with other social media platforms—all of which tend to promote liberal news at the expense of conservative media. This is all the more important given the fast-approaching presidential election, which could well be decided by which side better utilizes social media to advance its message. (Or is granted the ability to use social media, I should say).

Donald J. Trump was not only dismissed as a ranting, racist demagogue by most of the mainstream media during the Republican primary; throughout his presidential campaign, he was characterized as having virtually no chance of winning the election. At the time, many media outlets portrayed a Clinton victory as not only the preferred outcome but also an inevitable outcome. How many times did CNN or MSNBC trot out establishment Republicans to say that Trump was too reactionary, too populist, too dangerous to win an election, and that the GOP had better just declare no contest? Ask Jeb Bush.

You were never sure exactly how much of the Republican establishment Trump had on his side because the maverick billionaire had never sold his soul to that group and was never entirely trusted.

Instead, it was Trump supporters who won the social media war in 2016. It was people like #BikersforTrump who steadfastly campaigned for the Republican nominee on Twitter, and countered every argument that Donald Trump was a dictator in waiting.

The question now is: does Twitter intend to interject to every single objectionable tweet? The platform has become rife with a myriad of half-baked political views, the absurd contentions of Chinese Communist officials, and the rambling barbs of failed Democratic presidential candidate Hillary Clinton.

Like when Hilary Clinton claimed that Trump ordered the use of tear gas against “peaceful protesters” before he held a news conference to discuss his response to the violence, rioting, and looting, tweeting: “Tonight the President of the United States used the American military to shoot peaceful protestors with rubber bullets & tear gas them. For a photo op. This is a horrifying use of presidential power against our own citizens, & has no place anywhere, let alone in America. Vote.”

The United States Park Police, of course, has denied that tear gas was used—or that all these protesters were peaceful. Did Twitter provide a fact check Clinton’s accusations, or note that there was no evidence that tear gas had actually been deployed? Of course not.

And you can be certain that it will do no such thing in the future, because Clinton is the kind of politician of whom the left-wing management of Twitter approves.

HOWEVER OUTRAGED WE ARE AT TWITTER, WE MUST MOVE CAUTIOUSLY

President Trump has retaliated against Twitter’s actions by signing an executive order that would make social media companies subject to libel laws. That might engender some consternation, or perhaps even illicit some fear, from people like Twitter CEO Jack Dorsey. So far, all it has generated from big tech is a lawsuit and the suggestion that conservatives should not blame Twitter employees for the medium’s bias—they should just realize that this is a rational corporate decision because conservatives are irrational. Liberals don’t think they have to even debate that point with you because, in their view, it should be obvious to anyone with a brain.

“Big tech buys off Congress so as to maintain special privileges that local newspapers and television stations don’t enjoy. That’s why the president’s executive order today is one that is a very important next step.”

But Twitter could also shut down Republican platforms when President Trump’s campaign needs it most.

Rep. Matt Gaetz (R-FL), one of the few Republicans have noted the potential catastrophe that a politicized social media can have on their electoral chances in 2020, has filed a lawsuit against Twitter on the basis that it is clandestinely working for the Democratic National Committee without being subject to Federal Election Commission laws and regulations.

“Big tech buys off Congress so as to maintain special privileges that local newspapers and television stations don’t enjoy. That’s why the president’s executive order today is one that is a very important next step,”  Gaetz told Fox News’ Tucker Carlson Tonight. “If we just wait around, big tech will steal this election from Donald Trump and from the American people. In 2016, we won three rust-belt states by a point each, and that was when nobody thought Donald Trump could win.”

Trump has easily Tweeted more political comments than any other president—and not only because of the relative infancy of the technology. Some of it is not helpful, some of it is unwanted but a lot of times, it is his only recourse to get his message out beyond the mainstream media.

He himself has said he would walk away from Twitter if it weren’t for the fake news that would continue to be dispersed unabated whether he ever issued another Tweet again or not.

We are living in politically dangerous times of violent, volatile upheaval on the streets. In the midst of all this, we must not forget the continued and concerted attempts by social media to regulate, if not shut down, our free speech.

Because the revolution in the streets is going hand-in-hand with totalitarianism in cyberspace.