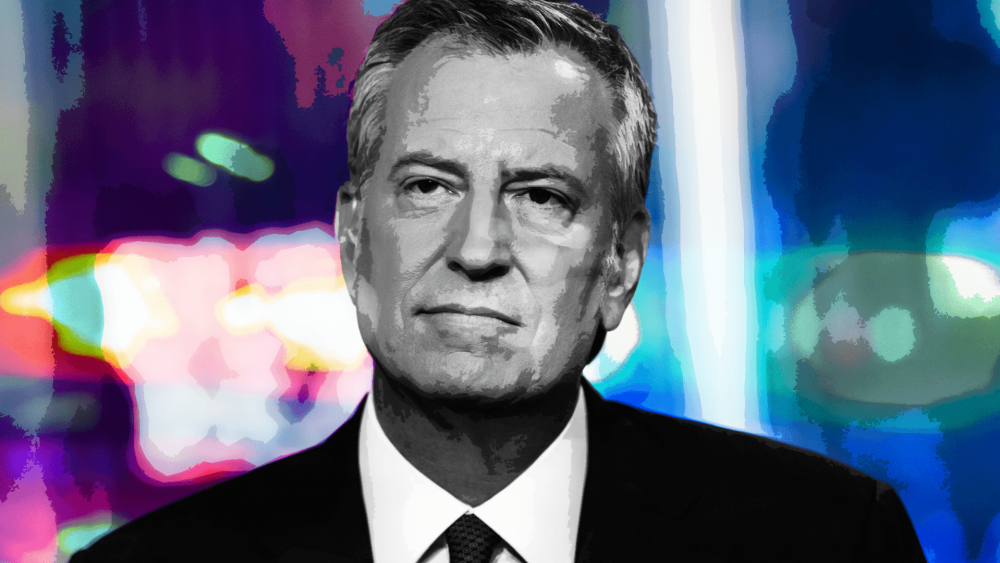 There is something about a crisis that brings out the dictator in a politician—especially when they are feeding that crisis to keep the fires of panic raging. Former Democratic Chicago mayor and Obama flunky Rahm Emanuel said it before, and he said it again—this time, amid negotiations over how lawmakers should respond to the coronavirus pandemic—“never let a crisis go to waste.”

A veritable rogues gallery of tyrants, dictators, and despots, these leaders would blend in well with any authoritarian or totalitarian government.

Grabbing the baton from Emanuel, a host of other mayors and governors have used the COVID-19 lockdown as a splendid rationale to accumulate power, and then to persecute, harass and prosecute Americans who are anxious to get their lives and freedom back after months of lockdown.

Emanuel’s successor is one such politician. Democratic Chicago Mayor Lori Lightfoot told her constituents,, “We’re watching you” and “We will put you in jail—period” for standing together outside or attending parties. (Of course, she then went on to violate her own social distancing order to visit her hairstylist).

But there is no shortage of greedy politicians, at the state or municipal level, who are exploiting local lockdowns to expand their authority and create an atmosphere of fear. A veritable rogues gallery of tyrants, dictators, and despots, these leaders would blend in well with any authoritarian or totalitarian government.

America’s second-largest city is also under the control of a man described by Fox News host Tucker Carlson as a “neurotic megalomaniac.” If you think that’s too tough an assessment of Los Angeles Mayor Eric Garcetti, consider the protocols he tried to enforce while city beaches were reopened. "Group sports like volleyball are prohibited. More languid activities, including picnicking and sunbathing, and their accessories—canopies, coolers and the like—will continue to be prohibited," the LA Times reports. And while it was acceptable to run or walk on the wet sand, you are not allowed to just lie and sunbathe on the dry sand. “But the wet sand area—if you need to get in there to swim, to surf … that is something I hope we can earn again,” Garcetti said.

In a series of tweets, de Blasio wrote that his "message to the Jewish community, and all communities, is this simple: the time for warnings has passed."

After one public official observed that the city could be on lockdown for at least another three months, Garcetti went on local television to “clarify” matters: the cities would never be completely open again, the mayor explained, until there was a cure or a vaccine for the coronavirus. "I think we have to all recognize that we’re not moving beyond COVID-19 ... We’re learning to live with it."

America’s largest metropolis and epicenter of the COVID-19 pandemic, New York City, is also in the hands of a leftist. The Che Guevara-quoting apologist for Marxist regimes was problematic long before the coronavirus hit, but Democratic Mayor Bill de Blasio has used the crisis to create a sort of authoritarian supernova over Frank Sinatra’s “city that never sleeps.”

De Blasio went berserk after learning about a funeral service for an Orthodox Jewish rabbi last month and said next time there would be arrests. In a series of tweets, de Blasio wrote that his "message to the Jewish community, and all communities, is this simple: the time for warnings has passed."

De Blasio, who instructed the New York City Police Department to immediately summon or "even arrest" those who gather in large groups, also decided that there is zero-tolerance for swimming—even if it's outdoors. De Blasio’s Gestapo will pull you right out of the water he promised at a recent news conference.

Meanwhile, the mayor took the time to appoint his wife to something called a “Task Force on Racial Inclusion and Equality,” either as PR cover because his COVID-police have been accused of disproportionately targeting racial minorities for social distancing violations, or as just another gesture of race-baiting. With all his talk of finding social justice at the end of the COVID-19 rainbow, it's no wonder Fox News host Maria Bartiroma flat-out asked the busy municipal leader, “Are you using this crisis to take us into socialism?”

Our governors are often no better. When you have a state leader who goes by a big city boss tag like J.B. Pritzker, you know you’re in for trouble. Democratic Illinois Gov. Pritzker is also reopening his state’s economy, albeit at a snail’s pace. He wants the public to be clear: although two people in a boat is okay, anything above that is not.

No matter how fervently Cuomo attempts to blame the nursing homes themselves or President Trump for his own devastating failure of leadership, one thing is certain: these crisis authoritarians have made their true colors known.

Illinois Clay County judge Michael McHaney said Pritzker’s lockdown was nothing less than “insanity” and “completely devoid of anything approaching common sense.” The judge shredded the governor’s decision to close regular businesses but deem marijuana dispensaries as “essential” or that going to church was unsafe, but a trip to Walmart wasn’t.

That leaves the best for last. Michigan Gov. Gretchen Whitmer has become the embodiment of a Democratic Party enjoying this lockdown because it is destroying the prosperous Trump economy and training Americans to be wards of the state. Whitmer has become an acolyte of crisis authoritarianism.

Whitmer just extended her lockdown until June 12th—but that’s just another arbitrary date from a chief executive who has trampled all over fundamental civil liberties in what could be the most severe lockdown in America. The governor banned the sale of garden hoses and vegetable seeds early in the pandemic—“non-essential,” she said—and prevented family members living outside the same house from visiting each other. While Americans are eschewing cancer tests and vital operations to free up precious medical resources for pandemic relief, Whitmer has kept the abortion clinics open and running at full capacity, declaring that the unborn murder was "life-sustaining."

No wonder the downtrodden masses are showing up on Whitmer’s doorstep and occupying the state legislature in an effort to curb the governor's power. Whitmer can make as many appearances on friendly liberal media outlets as she likes, expressing shock and dismay like a jilted beauty queen, but a recall initiative to get rid of her is gaining signatures every day.

And that’s not to leave out the missteps and flagrant incompetence from runners up like Gov. Andrew Cuomo (D-NY) and Gov. Tom Wolf (D-PA), both of whom sent their elderly to febrile nursing homes where thousands died. Wolf too, is waiting for a vaccine until he can fully reopen his state.

No matter how fervently Cuomo attempts to blame the nursing homes themselves or President Trump for his own devastating failure of leadership, one thing is certain: these crisis authoritarians have made their true colors known.

THE REAL DANGER IS THAT THE TYRANNY WILL LINGER

I haven’t always agreed with Fox News’ senior judicial analyst Judge Andrew Napolitano, but during the coronavirus lockdown, he has been batting 1000. Napolitano has consistently attacked mayors and governors for blatantly exploiting the health crisis to create a civil rights crisis: passing bogus laws and then bullying people to obey their dictates.

Politicians will always reach for more power; the people need to say enough.

Early in the crisis, the judge said Americans would acquiesce quietly to authoritarianism, “because the public accepts the illusion of safety rather than the idea of liberty, for which many of our wars have been fought, many of our forebears have died in order to preserve these liberties.”

Too true. Politicians will always reach for more power; the people need to say enough.

The real danger with authoritarian politicians who are justifying their bad behavior with a health crisis is not just the despotic policies that are going on now—it’s that they are acclimatizing Americans to the dictator’s boot. People are getting far too familiar with policies and an approach to politics that is intrinsically anti-American and anti-democratic—just as stimulus package after stimulus package is getting used to socialism.

The only answer to reopen the economy—and that does not mean sacrificing safety. But as lockdown increasingly becomes a greater threat to mental and physical health than a disease that can clearly be avoided by following basic rules of hygiene, social distancing, and common sense, the way forward is clear.

With mounting evidence that severe social distancing and egregious lockdowns are not even helping contain the coronavirus, it is time to get the country back to work and start containing some local and state leaders who have been enjoying the panic of 2020 with a disgusting degree of enthusiasm.

Health and Human Services Sec. Alex Azar recently explained it this way during an interview on CNN’s “State of the Union:” “it’s not health versus the economy; it’s actually health versus health.” We need to get life back to the old normal and tell these state and city bosses to find alternate employment.