The Unknown Healthcare Law That Made Lockdowns Inevitable: ‘Certificates of Need.’ 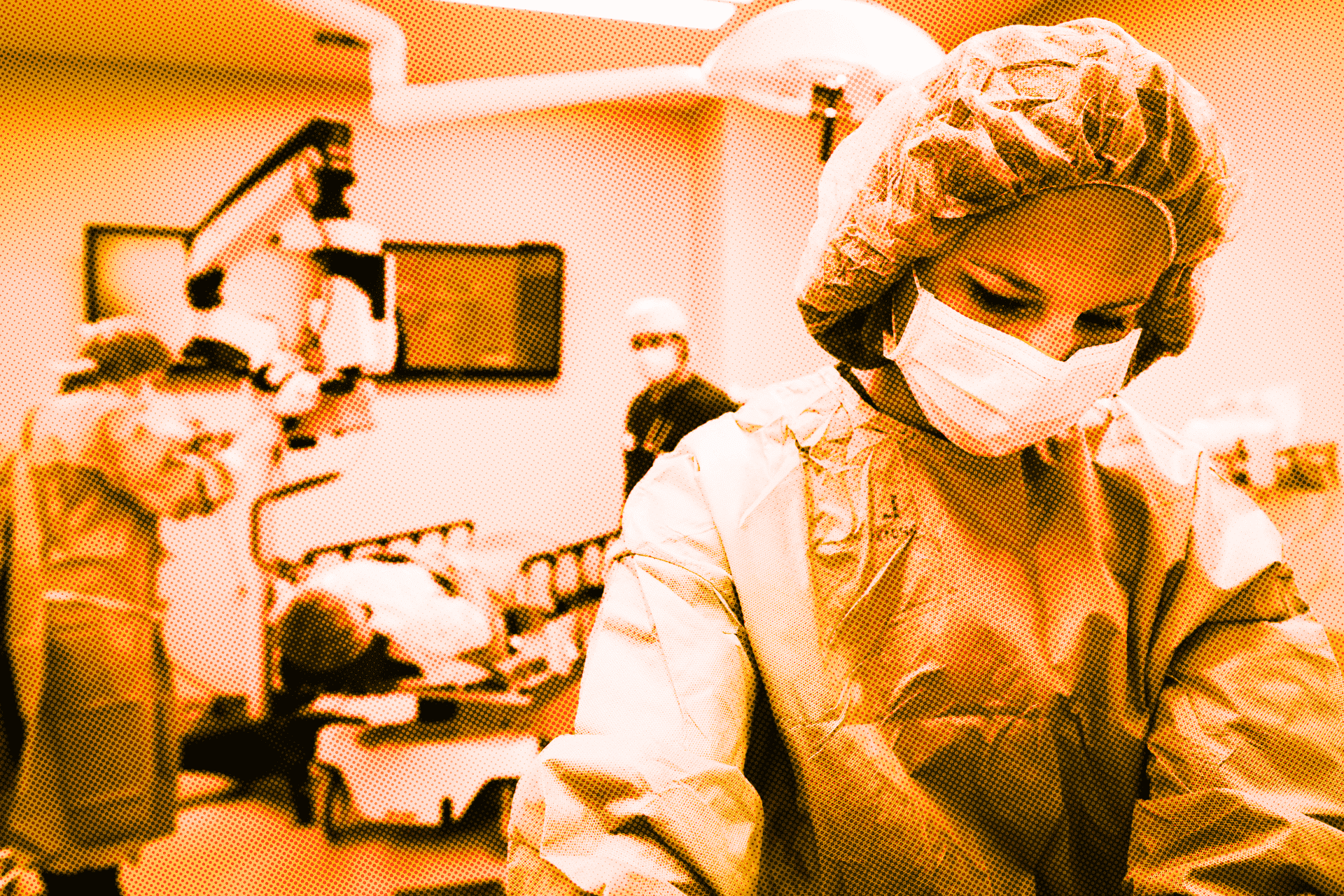 “Flatten the curve” was a noble goal for 2020, but that curve only existed because of a half-century-old law. “Certificate of need” laws, in nearly three dozen states, serve to protect healthcare cartels but wreak havoc on society amid a pandemic.

Of all the red tape tying up the market for healthcare, the “certificate of need” (CON) laws are some of the most useless. Thirty-four states and the District of Columbia enforce some version of this regulatory mechanism whereby a state board or commission artificially limits the number of hospitals and emergency rooms built or medical devices or services acquired.

The problem CON laws seek to solve is, evidently, too much access, competition, and investment in the healthcare industry. The idea goes back to 1964 when New York adopted the first CON law. In 1974, Congress encouraged other states to follow New York’s lead in order to receive federal funding. The National Health Planning and Resources Development Act led to 49 states passing their own CON laws.

It was theorized that free-market competition incentivized healthcare providers to overbuild, and, in turn, overcharge patients or overhospitalize them to cover the extra costs. "Price inflation can occur when a hospital cannot fill its beds and fixed costs must be met through higher charges for the beds that are used,” writes the National Conference of State Legislatures. “Larger institutions generally have larger costs, so hospitals and other health facilities may raise prices in order to pay for new, underused medical services or empty beds." Their solution? "Health resource planning,” according to the National Medical Association.

But in 1986, after seeing no financial benefit, Congress eliminated its federal incentive for states to maintain their CON programs. “[E]vidence mounted that CON laws were failing to achieve their stated goals,” writes Matthew D. Mitchell for the Mercatus Center. “Since then, 15 states have done away with their CON regulations”

Now 34 years later, it’s time for more states to come to terms with the consequences of CON laws. Sadly, the price paid is more significant than it was more than a generation ago.

According to the Mercatus Center at George Mason University, nursing homes and long-term care providers must get permission to add more bed space in 34 states. Twenty-eight states require hospitals to also get approval before adding beds. As you can expect, these restrictions are proving lethal in the midst of COVID-19.

“I’m angry. I’m never going to apply again. The hospitals have a stranglehold on this. These things are cash cows for hospitals, and this approval process is one way the state has of protecting them.”

Thankfully, 22 of the 34 states rolled back their CON laws in response to the pandemic, according to the Pacific Legal Foundation. “In six states, the suspension appears to apply only to hospital beds. In 14 states, it’s anything deemed necessary for responding to COVID-19—including five states that will issue emergency Certificates of Need,” they write.

Unfortunately, the damage was already done, and it’s quite possible the rules will be reinstituted once the coronavirus spread subsides.

According to lawyers Aaron Gott and Jarod Bona of the competition and antitrust law firm Bona Law PC, the process to be approved for a CON can take years and cost millions of dollars. There is always the risk of being denied for whatever reason, and then all the effort becomes a waste. What provider could afford that risk?

For instance, In Virginia, a CON application may be rejected if the new building or machine would “undermine the ability of essential community providers to maintain their financial viability.”

In North Carolina, three neurologists spent around a quarter-million dollars over three years trying to obtain a CON to build a new MRI (magnetic resonance imaging scanner) facility. Instead, the state's agency in charge of where and when medical machines come to market only granted medical providers the rights to established hospitals—for three years in a row.

“I’m dispirited,” Dr. Daljit Buttar, the lead neurologist, told the Triangle Business Journal at the time. “I’m angry. I’m never going to apply again. The hospitals have a stranglehold on this. These things are cash cows for hospitals, and this approval process is one way the state has of protecting them.”

A 2012 study published in the National Library of Medicine observed Medicare costs from 1991 to 2002 and found that CON regulations ended up costing patients more. For instance, “states that dropped CON experienced lower costs per patient for CABG (coronary artery bypass graft surgery) but not for percutaneous coronary intervention. Average Medicare reimbursement was lower for both procedures in states that dropped CON. The cost savings from removing CON regulations slightly exceed the total fixed costs of new CABG facilities that entered after deregulation.”

“Thus, CON regulations for CABG may not be justified in terms of either improving quality or controlling cost growth,” the study concluded.

It’s hard to imagine a CON law in almost any other industry. What if grocery chains had to go through a three-year appeal when they want a new grocer to come to market?

At a time when tens of millions of Americans are out of work, it’s worth considering every little thing that contributed to the rush to shut down the economy.

The history of consolidation in the American healthcare industry is similarly bewildering. In 1980, there were more than 1.3 million hospital beds in the United States; by 2015, that number dropped to below 900,000, despite a population increase of more than 94 million. And although the drop in hospital beds is not solely attributable to CON laws, we can’t help but wonder, how many more beds would have been nice to have in 2020?

It certainly would have been in New York, where 17% of US deaths due to COVID-19 occurred, it must be questioned what good came from a state CON law that regulates not just hospitals, but nursing homes, hospices, and other care facilities.

At a time when tens of millions of Americans are out of work, it’s worth considering every little thing that contributed to the rush to shut down the economy.

“Flatten the curve” was about fear of our hospital system being overrun. That concern has largely subsided for now, but how certain is the future? How much less of a curve might we have to flatten next time a crisis hits if more facilities and services are freely brought to market?