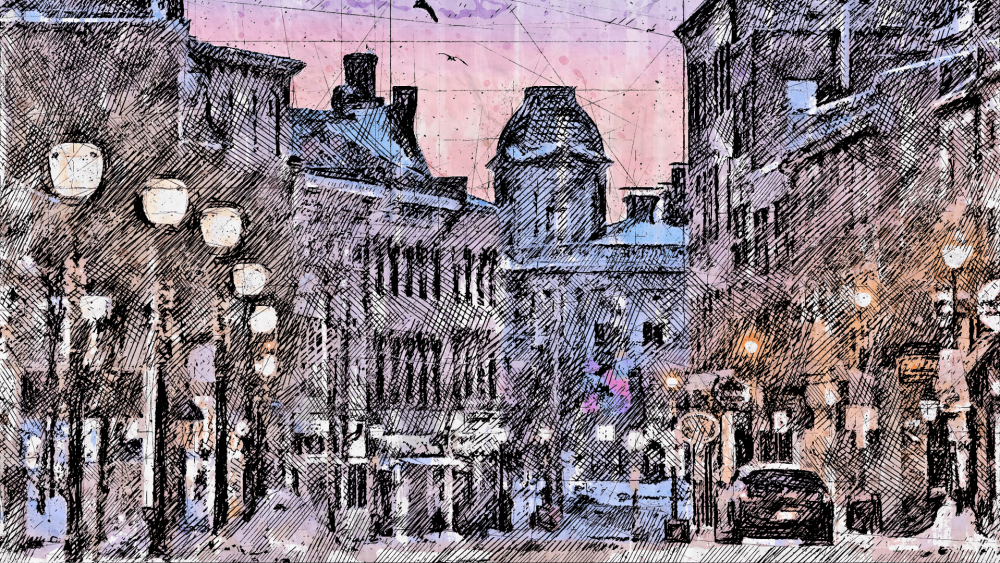 It’s a good thing that states are following their own lead in reopening their economies. If Washington, DC, were in charge, demanding a one-size-fits-all strategy, it would just be anti-American.

Across the country, at varying levels, the growing trend is a demand for freedom. And thank God—this is still America.

In fact, even governors are finding out they can’t micromanage their lockdowns, that one-size-fits-all at the scale of cities and towns is itself complicated. Sheriffs are refusing to enforce orders in Alabama, Arizona, California, Michigan, and Washington State. And that’s only based on a simple Google search—so there are likely to be other states too. Then, there are the cafes, hair salons, bars, and other small businesses operating in defiance of state-wide orders.

Across the country, at varying levels, the growing trend is a demand for freedom. And thank God—this is still America.

The bottom-up, decentralized aspects of American society are a virtue, but is it the rule or the exception? It took 90% of the population being forced under some form of stay-at-home order for the subsidiarity principle (the smallest, most local authority being in charge) to be put into action. That is a sign that we are still too dependent on detached central planners, that our local communities need fortifying.

As welcome as a grand reopening would be, however, simply returning cities and towns to their pre-pandemic condition only sets them up to be as vulnerable for the next emergency, health or otherwise. It’s up to us, the members of our communities, to make our cities and towns stronger.

Yes, the lockdowns must end, but now is also the time to take account of this considerable civic weakness across America—before another crisis really does us in.

RESTRICTIVE MUNICIPAL CODES AND GROWTH WITHOUT PROSPERITY IN AMERICA

In Strong Towns, written by Charles Marohn, a nationally-renowned urbanist, Marohn stresses the importance of adaptability in development. For instance, in most of America’s growing cities, rigid residential regulation prevents single-family homes from being converted into multifamily units, pushing people into less productive, more expensive, and financially riskier housing options—even homelessness. As Alex Armlovich of the Manhattan Institute writes, “In every region of the U.S., the average large multifamily unit consumes between a third and a half of the energy of neighboring single-family units, on both a per-household and a per-resident basis.” According to Armlovich, “Legalizing housing is the first step to restoring long-term growth across the country, and removing regulatory barriers to housing development can also assist in the nearer-term economic recovery from the pandemic.”

Retailers like JCPenney, Pier 1 Imports, and Bed, Bath, and Beyond have begun closing down or going bankrupt, leaving vacant, blight-ridden industrial corpses in their wake.

These same municipal restrictions also bar the establishment of home/small businesses and incentivize rapid commercial growth through large corporate chains. Conventional planning and single-use zoning in American often hamper the resilience of families and the innovative potential of entrepreneurs.

Marohn founded a non-profit, Strong Towns, which advocates for smaller urban development and “a bottom-up revolution to rebuild American prosperity.” Strong Towns identifies the problem with the economic model plaguing most American communities as “growth without prosperity,” essentially a bubble waiting to pop. Think of the constant stream of big-box retail development deals that communities take on for tax revenue: they amount to get-rich-quick schemes that cost more than they’re worth in the long run.

When comparing the old downtowns to big-box stores, frequently situated at “the edge” of town, Marohn notes that, for corporations, when it comes to construction, bigger is cheaper and thus “ultimately easy to abandon.” The community may feel like they’re getting a good deal, with millions of dollars in tax revenue coming from a single source, but it turns out even the struggling downtown hub is more financially productive per acre.

This becomes clearer when we remember the cost of public resources, such as utilities and roads, to service establishments built further out, which will be much more difficult to reconfigure when the big retailer moves away or fails. Last month, commercial real estate transactions were down 71%. Retailers like JCPenney, Pier 1 Imports, and Bed, Bath, and Beyond have begun closing down or going bankrupt, leaving vacant, blight-ridden industrial corpses in their wake.

Denser urban development isn’t a utopian or revolutionary vision; it’s just what America used to be. This development pattern can still be seen in many towns across America, where, among the tallest buildings, there are also ascending church steeples—which leads to the next component of rebuilding our communities.

We’ve touched on how it’s important to move in a new direction in commercial and residential expansion, so that we conduct commerce and live together with more resiliency whenever the next crisis strikes. But, there are deeper cracks in the foundations of American communities that local government may not be designed to manage.

“The key is churches that deliberately and unceasingly try to build communities and become institutions of civil society, not merely places of worship."

Even before the coronavirus episode exacerbated America’s mental health crisis, our country faced an underreported “deaths of despair” and loneliness crises. Traditional social institutions, such as social clubs, fraternal organizations, churches, and even the family itself, have customarily played a strong role in our society, helping individuals find meaning and purpose in their lives, leading them to be active participants in our communities. Post-pandemic, these institutions can play a vital role in raising up civil society to new heights.

Tim Carney, the author of Alienated America, demonstrated that churches were most often by far the center of strong communities and families. Church attendance, he found, correlates with less divorce, physical abuse, and drug use—and more happiness, shared meals, and better relationships between kids and their parents. But that doesn’t mean every community with a church is strong. “The key is churches that deliberately and unceasingly try to build communities and become institutions of civil society, not merely places of worship,” Carney wrote in the New York Post, referring to schools and community welfare systems.

A study from April of this year finds that church attendance in America continues to decline, with just 35% attending regularly. There is surely more than one reason why this is the case, but an undeniable factor must be the failure of churches to build community.

Yuval Levin, the author of A Time to Build, sees parallels with churches in the problems all institutions in American civil society face. Rather than being forces of collective formation, they become stages for individual performance. “Rebuilding trust in those institutions will require the people within them—that is, each of us—to be more trustworthy,” Levin wrote in a New York Times op-ed.

Levin advises that as members of these institutions, we ask ourselves, “Given my role here, how should I behave?” That simple question comes with many complex answers. What matters most during this time of recovery from COVID-19 lockdowns, is that we endure to build with the long term in mind. True, it will require trial and error, but we should choose that uncertain path.

After a crisis, we often reach for what’s familiar. As America opens up, we have an unprecedented opportunity to reshape our future. A more comfortable, politically correct “recovery” will just leave us in the same susceptible position we were in before this current crisis hit.