If America Does Not Deal With the Deep State It May No Longer Be a Free State. 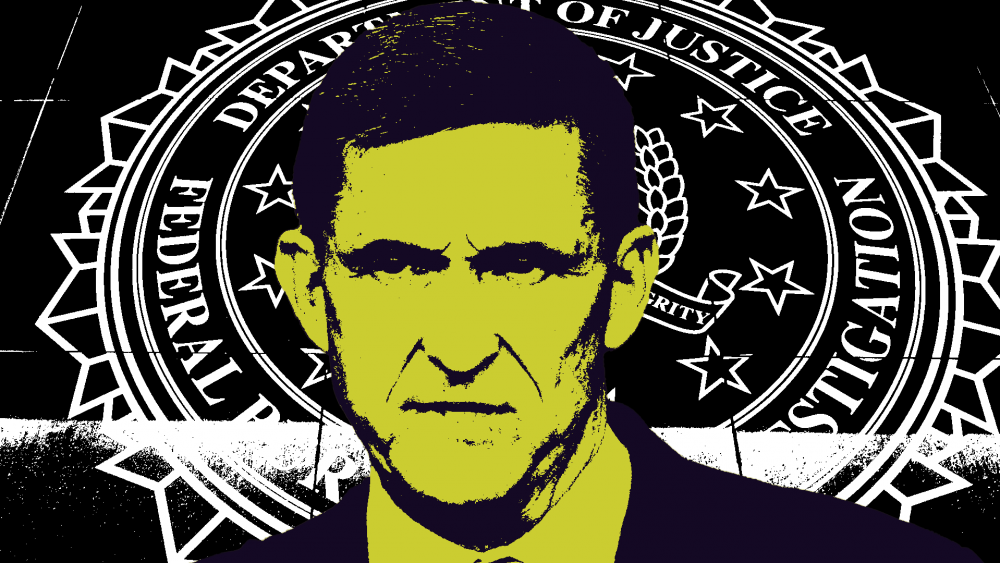 The deep state is a nebulous formation of entitled bureaucrats who work to undermine freedom and democratic rule by establishing their hegemony over elected officials and electoral outcomes. Throughout the populist presidency of Donald Trump, this entity has been able to survive and thrive—in part because its very existence seems so unlikely, so paranoid, so conspiratorial.

There not only is a ‘deep state,’ but that deep state tried to bring down a government because the candidate it preferred did not win a presidential election.

Yet, with the release of the House Intelligence Committee testimony early this month—those 53 secret interviews conducted during its so-called investigation into Russian “election meddling”—and the revelation of how just how many people (good Democrats all) attempted to “unmask” the identity of former National Security Advisor Michael Flynn, we are left with one inescapable conclusion. There not only is a ‘deep state,’ but that deep state tried to bring down a government because the candidate it preferred did not win a presidential election.

Make no mistake: not only was the Russia collusion hoax just that, but the real collusion was what transpired between the Obama administration and those unelected civil servants who were not prepared to accept President Trump. After Americans voted to elect a Trump presidency, the deep state was determined to ensure that presidency was stillborn, and focused their energy on General Flynn to achieve that.

The evidence that has surfaced over the last two weeks about the deep states reveals that many of those who accused President Trump of collusion admitted, under oath, that they had no evidence that he had colluded with Russia to win the presidency. They were determined to fabricate that relationship nonetheless, and the unsuspecting figure caught up in that plan was General Flynn.

'Unmasking' refers to removing anonymity protections for American citizens who may be a participant or reference in a conversation with foreign nationals the U.S. intelligence community is keeping under surveillance. The names of these Americans are typically censored from the script—but an unmasking request can reveal that identity. Admiral Mike Rogers, who served as director of the National Security Agency, did as good a job explaining this process when he appeared before the Senate Intelligence Committee on June 7th, 2017.

In an attempt to criminalize a completely innocuous phone call between Flynn and then-Russian Ambassador Sergey Kislyak, dozens of Democrats (39 to be exact) asked the National Security Agency to “unmask” Flynn’s name from the conversation records. The list of people who asked the NSA to reveal Flynn’s name in the surveillance tapes (“unmask it) is genuinely unsettling because this contemptible gang was composed largely of Obama sycophants.

Unmasking occurs in the life of any presidential administration and intelligence chief, but for there to be 39 requests seeking Flynn’s name, from people ranging from the Vice President to an obscure ambassador, suggests that someone is trying to set up the unmasked player. Former Rep. Trey Gowdy (R-SC) remarked last week about the sheer breadth of people interested in Flynn, quipping that the “undersecretary of Micronesia does not need unmasking power.”

General Flynn’s conversation was then leaked to the Washington Post—by whom, we’re not yet certain of—further suggesting that the Flynn unmasking was part of a larger conspiracy to discredit Flynn and invent the Russia collusion hoax.

As Fox News’ Tucker Carlson noted on his Wednesday night broadcast, the extent of interest in the identity of one man makes routine surveillance of a foreign power into domestic spying an American citizen, one who hasn’t been accused of any crime. And that’s exactly what Trump has been claiming since the Russian collusion witch hunt was unleashed against him.

What makes this treachery all the more unsettling is the lengths and depths those contriving the Russia collusion hoax were willing to descend to achieve their mendacity. Democratic California Sen. Adam Schiff might be best remembered for his role as Grand Inquisitor of the impeachment charade. Still, his performance as the lead in the collusion hoax was perhaps a more significant and nauseating achievement.

Schiff perpetually lied about having evidence of Trump’s guilt, and relentlessly repeated this fabrication to whoever would listen. In America’s partisan media world, he never lacked a willing audience, one who failed to demand what should have been an essential component of his claim: proof. “You can see evidence in plain sight on the issue of collusion—pretty compelling evidence,” Schiff told CNN’s “State of the Union.”

Schiff and Russia collusion became a cottage industry for the Democratic Party—as of July 24th, 2019, the congressman had already provided 419 television interviews about the subject, always saying he had the evidence to back up his wild claims. Incredibly, Schiff was still recounting accusations of President Trump’s collusion with Russia as recently as January 26th, in an interview that included his claiming that the Mueller report somehow corroborated this fantasy.

And it wasn’t just the bald-faced lies from Schiff; Former CIA Director John Brennan and former Director of National Intelligence James Clapper were similarly depraved. Clapper, who secretly told the House Intelligence Committee that he had no evidence against Trump, insisted that Trump was not only the willing beneficiary of Russian meddling but a “Russian asset” as well.

As for Brennan, former National Security Council Chief of Staff Fred Fleitz wrote in a recent Fox News op ed that: “CIA Director Brennan suppressed facts or analysis that showed why it was not in Russia’s interests to support Trump and why Putin stood to benefit from Hillary Clinton’s election. They also told me that Brennan suppressed that intelligence over the objections of CIA analysts.” There are certainly some agents in this sorry affair, but they are not really working for Russia and have long ceased working for Americans. They are working for themselves and their power.

The cynical will often say that politics is ultimately always about power; that ideology, on both the right or the left, is merely window-dressing for the naked pursuit of asserting control over others. That certainly defines the deep state, who have demonstrated themselves as utterly committed to extending their power, influence, and entitlements.

NO LONGER SAFE, NO LONGER FREE

If there is a hero in this dark unveiling of the Democrat’s attempt at what amounts to a political coup, it is Attorney General William Barr, who had both the wisdom and the courage to start asking questions. Barr asked DOJ St. Louis attorney Jeffrey Jensen to initiate an internal review of how the FBI mishandled the Flynn investigation. The results of that investigation revealed a highly politicized organization that entrapped the former Lieutenant General while exhibiting colossal nerve and hypocrisy.

Those of us who thought ourselves safely ensconced within democracies that nurtured stable institutions and politically neutral organizations are now forced to confront the duplicity and corruption of a Stalinist Russia. Now, we must realize that we are not so safe, we are not so secure, and no, we are not so free.

Because if the star chamber of deep-seated government officials can maneuver a former three-star general and intimate of an elected president into prison, in broad daylight, what can they do to the rest of us who lack such lofty connections and such privileged friendship?

The deep state almost took out a president with a sham impeachment, that may have worked if it hadn’t been run by grossly incompetent House Democrats and not faced a president who fought back with conviction and ferocity.

What is required, now, is the prosecution of the guilty. What happened here is arguably worse than the Watergate break-in, and the FBI can no longer operate under the assumption that it promulgates the law. Especially if they feel they can break them at will when someone in their ranks thinks that kind of means justifies a political end.

In a moment of unstaged honesty, former Acting CIA Director John McLaughlin was effusive in his confidence that the deep state would take out Trump with its impeachment exercise. Sitting among other intelligence community members craving a quiet coup d’état, McLauglin said, “Thank God for the Deep State.” Was he kidding? The evidence that continues to pile up in front of us would indicate not.