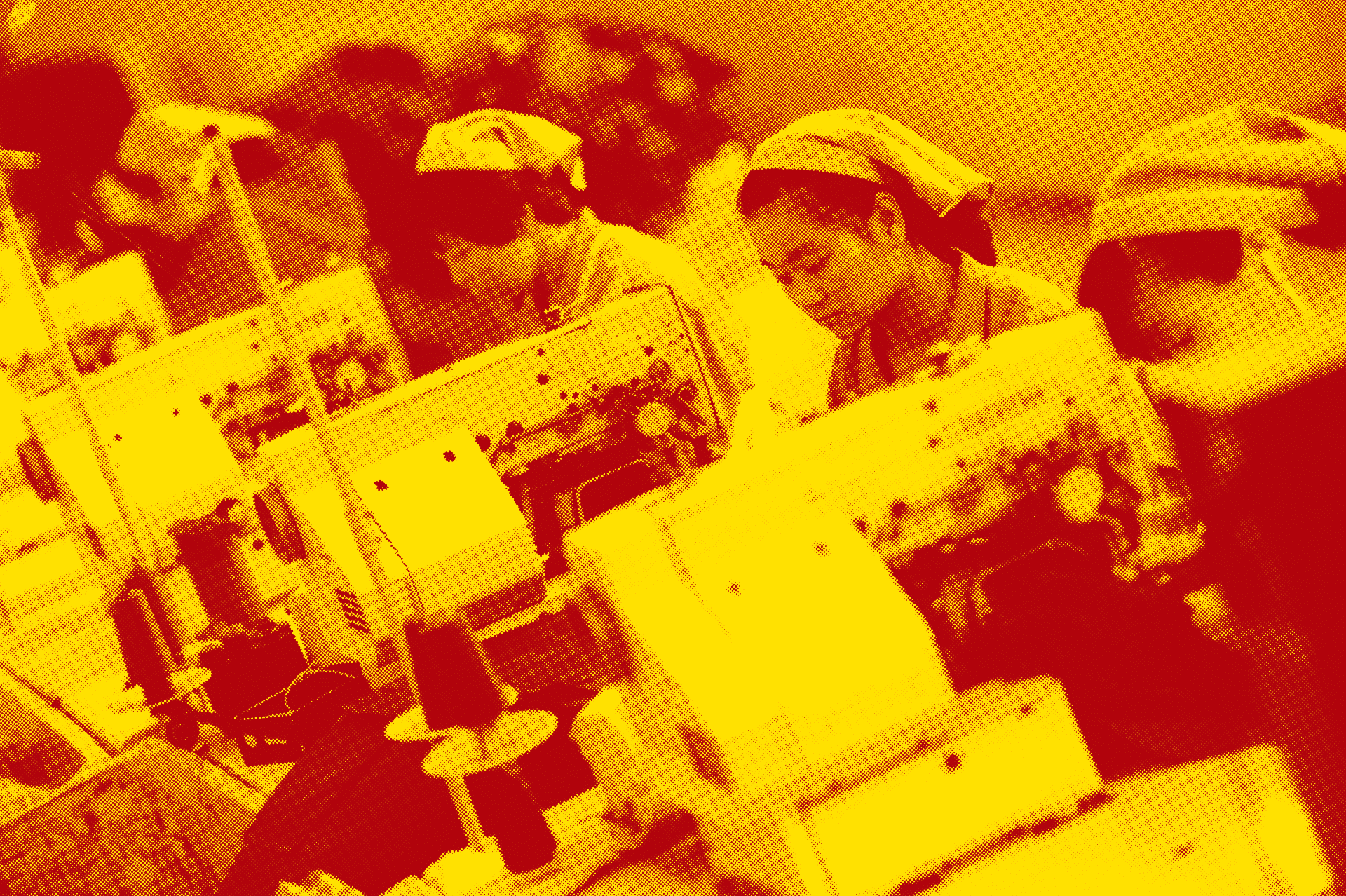 Not only did this dreaded virus begin in China, but the Communist Party leadership did everything within its strict control to deny the disease existed, to lie about its lethal spread, to cover up the extent of its fatalities, and then to profit from its dissemination around the world. What’s more, there is increasing evidence that the virus was both spawned and released to the local community by the Wuhan Institute of Virology.

This should serve as a reminder to Americans that communist China is not and has never been a country with a fondness for telling the truth or political transparency. It is a brutal regime that never hesitates to sacrifice the lives of its citizens on the path of ideological ascendancy.

The global pandemic has also shown Americans just how much control China wields over our economy and the products that we take for granted. After decades of shipping production and jobs to China in return for cheap electronics, we have suddenly realized that we can’t even purchase a bandaid without China’s concurrence.

If there is any lasting economic legacy from the coronavirus pandemic, indeed any positive lesson to be drawn from this moment of suffering and sacrifice, it is the realization that America First must ultimately mean China last.

1972: WHEN NIXON BETRAYED OUR INTERESTS

The United States has had a complicated and problematic relationship with China, ever since Mao Zedong’s communist forces seized power in the country in 1949 and unleashed three decades of bloodshed that rivals that committed by Adolf Hitler and Joseph Stalin.

Everything changed, however, in 1972, when President Richard Nixon took his historic, and perhaps ill-fated flight to China with a view to normalizing relations with the communist regime.

At first, Americans were shocked that the communists had won the civil war against the nationalist forces that had governed a country and had been a Second World War ally, always willing to offer a welcoming hand to Christian missionaries and U.S. investment.

Then, it was suddenly over, and the communists took over. President Harry Truman sent the Seventh Fleet to guard the island of Formosa, where the former nationalist government had fled. It was the beginning of the “two China” policy that recognized Taiwan as the legitimate Chinese state, but also acknowledged the People’s Republic of China that was approaching one billion people. That policy would persist throughout the Korean War and much of the Cold War, when China would become as much of a threat to world peace and democratic freedom as Soviet Russia.

Everything changed, however, in 1972, when President Richard Nixon took his historic, and perhaps ill-fated flight to China with a view to normalizing relations with the communist regime.

Only a lifetime anti-communist like Nixon, pundits said, could get away with cozying up to Peking (Beijing). Nixon—who had established his political career by exposing a communist sympathizer Alger Hiss (thanks to Whittaker Chambers) in the State Department—could resolve this seemingly eternal split with the world’s most populous country. It was Nixon who had said his 1950 opponent for the U.S. Senate, Helen Gahagan Douglas, was “pink, right down to her underwear,” and had argued with Soviet leader Nikita Khrushchev over the merits of capitalism over communism in the iconic “kitchen debate.”

But, of course, just because we can survive a jump from a 50-foot building, it doesn’t necessarily mean we should. What Nixon ultimately ushered in was a relationship that would not only outlive the Watergate scandal that consumed his presidency, but would ultimately lead to American subservience to our Chinese masters.

Many Democratic politicians do not describe China as a slave-state with hostile designs on the region and the world more broadly. Look at Michael Bloomberg—who, for a scant week or so, was favored to take the Democratic presidential nomination. This businessman who should be a walking placard for capitalism possesses either the naked ignorance or the astonishing stupidity to say that people in China “don’t seem to want democracy” and that “they like their system.” And, recently, a Chinese ambassador lauded former Secretary of State Hillary Clinton for spreading communist propaganda that it was “racist” for President Donald Trump to describe the coronavirus as the “Chinese virus.”

“Mckinsey produced what it called research to show that America could move jobs and factories overseas without any downside at all. Everybody would get richer and happier in the deal. Turned out to be one of the biggest lies ever told. Today China is overtaking us economically and soon perhaps militarily."

But the economic capitulation to China is a deeper-rooted problem, one promulgated by liberal corporations like Apple and Google (who “promote” diversity programs and gender-neutral language in the workplace), but are the same entities that have relocated their production and manufacturing to China. These corporations have done wonders for the Chinese middle class—where there is little time for liberalism, diversity, or gender obsession; nor is there time-and-a-half for the proletariat.

In 2002, China’s middle class was only 4% of its population. By 2012, that number had climbed to 31%—over 420 million people. That number is forecasted to reach 550 million by 2022—more than one-and-a-half times the entire U.S. population today. Globalism, as operationalized by consulting groups like McKinsey & Company, has accelerated the implosion of the U.S. economy. These self-appointed business experts extolled the virtue of short-term profits and the benefits to consumers of inexpensive products manufactured in China by American plants employing Chinese workers.

On the Apr. 23 edition of Fox News’ “Tucker Carlson Tonight,” host Carlson discussed the extent to which the McKinsey philosophy has come to dominate business thinking in America: “Mckinsey produced what it called research to show that America could move jobs and factories overseas without any downside at all. Everybody would get richer and happier in the deal. Turned out to be one of the biggest lies ever told. Today China is overtaking us economically and soon perhaps militarily,” Carlson said.

But it wasn’t just computers, CD players and ultimately iPhones; Chinese manufacturing has also grown to control those nooks and crannies of the economy that few rarely examine with acuity. And, as we have discovered in the era of COVID-19, PPE, medical devices, antibiotics, and active pharmaceutical ingredients are one such niche.

White House Director of Trade and Manufacturing Policy Peter Navarro, one of the most ardent anti-Chinese communist members of the Trump administration, revealed in March that President Donald Trump would be issuing an executive order—one that could potentially end American reliance on foreign-made medical supplies.

The “Buy American” order—a stark admission that China manufactures 90 percent of all U.S. antibiotics—represents the realization that America First must be applied to the economic sector if the campaign slogan is to have any genuine meaning.

MAKING THE SACRIFICE TO INVEST IN AMERICA’S FUTURE

Yes, “Buy American” comes in response to the coronavirus crisis: “China has prevented the export of surgical face masks, severely limiting supplies in the U.S. and countries around the world,” reports Christian Datoc.

You won’t have to go to war to establish your economic independence from China—but will have to pay more at the store for some items that, until now, you’ve accepted as commodities that will forever remain cheap.

The “Buy American” proposal also raises some important questions about our way of life: are Americans prepared to spend more for their goods? In the 1950s, a stereo system required a considerable investment; you didn’t visit the local Walmart and find the disposal, made-in-China-kind that sells for the price of a restaurant meal. Will Americans today be willing to give goods produced by people denied a living wage, on the other side of the world?

The thing is, if Americans truly want to control their economy and free themselves from the control of China’s dictatorial whims—a country that continues to indiscriminately kills its population, locks up its dissidents in concentration camps, and encourages widespread religious persecution—it is going to take sacrifice on our part.

So did the American Revolution. People had to fight, and some had to die to establish “a new nation dedicated to the belief that all men are created equal.” Few today would question whether that sacrifice was worth it.

You won’t have to go to war to establish your economic independence from China—but will have to pay more at the store for some items that, until now, you’ve accepted as commodities that will forever remain cheap.

But isn’t that an acceptable price to pay for our freedom?

Correction: A prior version of this article incorrectly stated that Whittaker Chambers, not Nixon, made the commentary about Helen Gahagan Douglass during the 1950 Senate campaign, and that Nixon had exposed the sympathies of Chambers—not those of Alger Hiss.