Nobody Knows How to Politicize a Pandemic Like Nancy Pelosi. 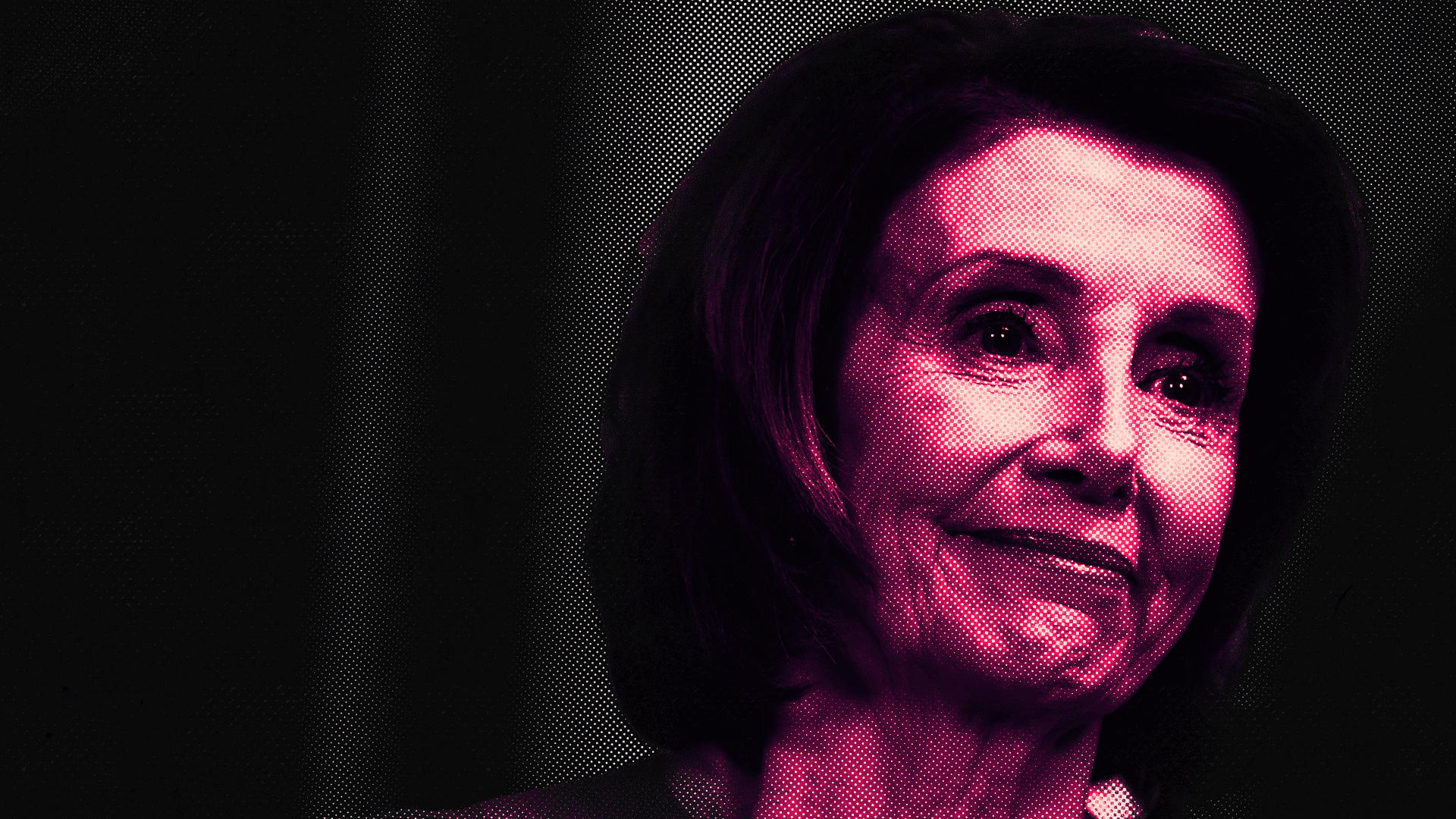 On Wednesday, Democratic presidential candidate Joe Biden (who, one must remember, holds no elected office at the moment) promised that any further coronavirus legislation might just contain something of “my green deal.” It’s not clear if he was referring to some sort of environmental plan—or how he expects to craft legislation from his basement in Delaware—but even Sleepy Joe seems to think that a global pandemic signals a time for pork-barrel politics.

As the coronavirus crisis rages on around us, Pelosi is still looking for creative ways to spend your tax dollars.

None among the Democrats has embraced this ethos more than House Speaker Nancy Pelosi, however. As the coronavirus crisis rages on around us, Pelosi is still looking for creative ways to spend your tax dollars.

After failing to stuff the $2.2 trillion coronavirus stimulus package with a bevy of her social justice pet projects, Pelosi had the gall to announce that Democrats had made the bill about “workers first.”

“It went from a corporate first proposal that the Republicans put forth in the Senate to a workers first—Democratic workers first—legislation,” said Pelosi, at one of her increasingly bizarre news conferences where the grand dame of Congress appears to be crumbling under the weight of her own rhetoric. “The bill that was passed in the Senate last night [Wednesday] and that we will take up tomorrow [Friday] is about mitigation: mitigation for all the loss that we have in our economy while still addressing the emergency health needs that we have in our country.”

What the Speaker neglected to mention, however, was how her bill would have forced any airline receiving government bailout money to cut their carbon footprint in half and any business to implement a “diversity plan.” Oh, and she made sure the Kennedy Center for the Performing Arts received a handsome handout (note: after they grabbed the $25 million in cash, the management promptly started laying-off musicians).

Now, Pelosi is moving on to “phase four” of the Democrats’ coronavirus rescue package: save the (Democratic) millionaires.

The Pelosi plan would remove a cap on the state and local tax deduction (SALT) that could quickly put cash in people’s pockets—but the beneficiary won’t be average American workers. The beneficiaries will be the real base of the Democratic Party: millionaire liberals from coastal states.

The only blue-collar workers they know are the ones who fix the plumbing and pick up the garbage.

The tax rebates would affect approximately 13 million families—very wealthy families, all of which are earning at least $100,000 and many over a million per annum. “More than half of the proceeds from fully repealing the SALT cap would go to the top 1 percent, households making more than about three-quarters of a million dollars a year,” reports Politico.

To hear Nancy explain the cash infusion, it’s just some extra beer money at the end of the month: “We could reverse that for 2018 and 2019 so that people could refile their taxes” and receive more substantial rebates, Pelosi told The New York Times. “They’d have more disposable income, which is the lifeblood of our economy, a consumer economy that we are.”

The cruel irony of this latest Democratic ploy is that the SALT cap was put in place as part of President Donald Trump’s tax cuts in 2017. Those are the same tax cuts that Pelosi wanted to repeal because, supposedly, only the wealthy would benefit from them.

Democrats have wanted the cap removed for quite some time. Democratic New York Gov. Andrew Cuomo was so angry about it in 2017 that he accused the president of waging “economic civil war” on blue states with the measure. It was a huge issue during the 2018 midterm elections, especially among bleeding heart Democrats fighting for their millionaire friends.

“In the 2018 midterm elections, Democrats wielded the SALT limits in House campaigns against Republicans in wealthy blue-state suburbs of cities like New York, Los Angeles and Chicago,” writes the Times. According to Politico, House Democrats “who made large gains in upscale suburbs as they took the majority in the 2018 elections” voted last year to repeal the cap, but the effort died in the Republican-controlled Senate—“where few states represented by Republicans are all that troubled by the $10,000 limit.”

Removing the SALT cap benefits the people who really embody what Pelosi’s party has become: a coffee clatch of free-thinking progressives who have nothing better to do with their time but think of ways to socially re-engineer the rest of society by obsessing over the LGBT-GQ agenda, inventing genders that don’t exist, and worrying about hate speech lurking under every bed. The kind of people who have the inclination to attend a Seattle yoga class in “undoing whiteness.” The only blue-collar workers they know are the ones who fix the plumbing and pick up the garbage.

“These are people who won't spend the extra money and don't really need it,” Michael Linden, executive director of the progressive Groundwork Collaborative, told Politico. “That's why they were left out of the cash assistance in the first place.”

But, as Pelosi demonstrated during the last COVID-19 stimulus bill, a health crisis provides a serendipitous opportunity to pass a plethora of unrelated legislation—and Madame Speaker is apparently up to her antics again.