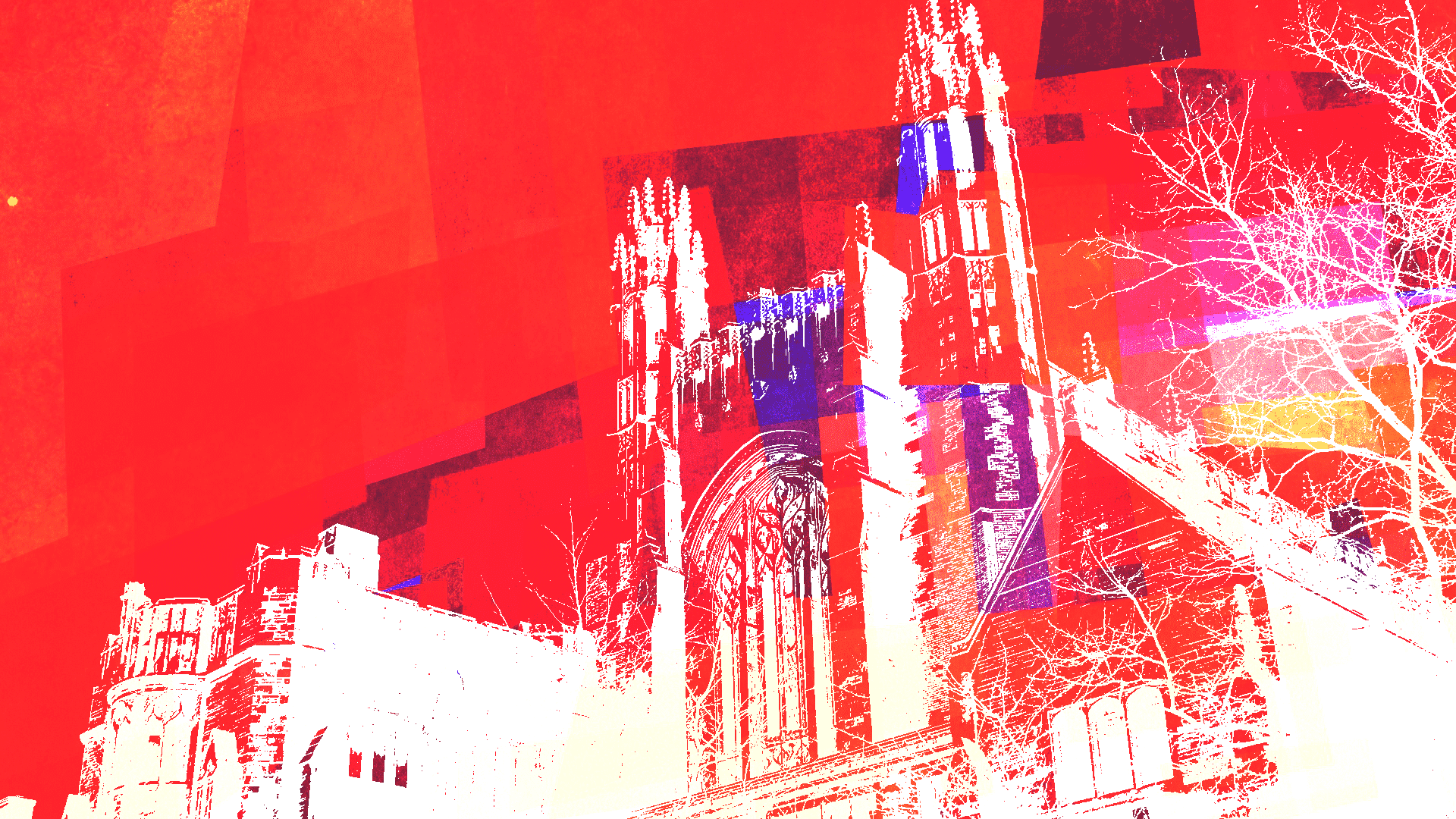 A number of elite American universities are finding themselves in hot water for their miserly behavior in response to the coronavirus. Harvard University is taking well-deserved heat for laying off its food service workers while sitting on a $40 billion endowment. Yale University, too, has been twisting in the wind; when New Haven mayor Justin Elicker asked the university to provide temporary housing to the city’s firefighters and police officers, the university initially refused. Then, after taking a public relations and social media beating, Yale relented, grudgingly agreeing to allow city officials to stay in the university’s vacant dormitory housing.  That seems like the least a university with a $30 billion endowment could do.

Meanwhile, other universities are using the coronavirus crisis to enrich themselves. Howard University, which had an endowment of $688 million dollars as of June 30, was given $13 million in the recent coronavirus relief bill.

Despite this scrooge-like behavior in a time of global crisis, some are coming to the defense of universities sitting on their endowments while their communities suffer. Tyler Cowen argues in Bloomberg that Harvard, Stanford, and MIT are somehow staying “true to their missions.” Cowen continues: “Harvard, Stanford, and MIT stay true to their missions not by regularly asking whether they ought to redistribute their endowments to starving people around the world. And their food service workers are not more needy because of Covid-19...”

It’s time to hit the universities where it hurts.

Universities are notoriously hostile to conservatives and conservatism. The debate on college campuses these days is between elite liberals and the hard left; neither of these groups have any sympathy for conservative values. High-level faculty positions are held by establishment Democrats, almost no faculty donations go to Republicans, and, despite the best efforts of organizations like FIRE, campuses get more unfriendly to the right every single year.

College debt is uniquely odious; it’s the only debt that’s non-dischargeable, and it’s offered to children.

A consistent feeling among young, conservative millennials, if they did not attend an explicitly religious, conservative college, is absolute contempt for their universities. Many feel routinely discriminated against for being conservative: mocked by professors, marginalized by a left-wing student body, and ignored by administrators. Many have come to view their university experience as a massive waste of money and time.

This growing resentment towards universities may be responsible for the indifference that most conservatives feel towards the plight of student debtors. Many dismiss the problem of student debt and suggest the government should do nothing to remedy it. Some note that they themselves paid off their student debt, or that they never took any on, or succeeded without a college education, and that it would be unfair to give those who made worse decisions a bailout.

But these values may be standing in the way of conservatives recognizing a genuine crisis.

College debt is uniquely odious; it’s the only debt that’s non-dischargeable, and it’s offered to children. Today, 44.2 million Americans carry almost $1.5 trillion in student loan debt. Inflated tuition costs, of course, is largely to blame; the cost of college or millennials is significantly different from that of their parents. In the past 20 years, the average tuition and fees at private National Universities have jumped 154%. In-state tuition and fees at public National Universities have grown the most, increasing 221%.

At a rate of growth that significantly outpaces growth in wages, the student debt crisis weighs heavily on the minds of college-age voters—so much so, that 13% of Americans in a survey conducted in 2018 reported that student loan debt is why they have decided not to have kids.

Americans are, in a very literal sense, compromising their futures because of student debt.

The most outrageous part of all this is that the Federal Government has already spent trillions of dollars to make a college education more affordable. All that has happened is that price-gouging universities have spent like drunken sailors on administrators and facilities. Instead of focusing on building the skills of the next generation of America’s workforce, universities have turned into racketeering schemes, openly engaged in endless money-grabbing and anti-competitive ventures like banning students from living off-campus, or buying up all the apartments near campus and jacking up the prices.

To be frank, colleges are gouging young people—burdening them with hundreds of thousands of dollars in debt, at a very young age—without providing anything of commensurate value.

"[C]osts in universities continue to rise in almost every area except instructional delivery—which is where administrators know how to economize," writes Bob Meister. Indeed, the price of public higher education has been growing at twice the bible rate of the economy, twice as fast as health insurance, and three to four times more quickly than consumer prices in general.

But what is that educational product worth? To be frank, colleges are gouging young people—burdening them with hundreds of thousands of dollars in debt, at a very young age—without providing anything of commensurate value. If this were happening in any other industry, we would call it fraud and shut down the entities responsible, with enforcement actions from the Justice Department or the FTC.

The answer to the debt crisis from people like Bernie Sanders and Elizabeth Warren is to cancel all student debt, and then make public college tuition-free. But there is a fundamental incoherence to this position: if student loan debt must be forgiven, isn’t it fraudulent? Shouldn’t we stop the fraud and make sure it doesn’t happen again? Bernie wants to make Wall Street pay for it. But Wall Street didn’t cause the problem; they didn’t immiserate our children. Price-gouging universities are the ones turning children into indentured servants.

If we re-frame the issue using the language of fraud to talk about what the universities are doing, the weakness of the Bernie-Warren position is readily apparent. Students drowning in student loan debt are not freeloaders looking for a handout. They are, instead, the victims of fraud, a fraud jointly perpetrated by their alma mater and the federal government.

Conservatives oppose fraud. Part of a free enterprise system is holding those who victimize innocent consumers accountable in the courts, making them pay restitution to their victims.

Sanders and Warren would bail out a fraudulent industry and reward them for their predatory practices. They are protecting the rigged university system with an endless river of free money.

Universities should pay restitution to their victims—not Wall Street.

PERHAPS THE ENDOWMENTS SHOULD BE SEIZED

For its part, the Trump administration has fashioned a policy platform that takes practical steps to alleviate the student debt crisis and protect future generations of college students from falling into the same trap. The administration's annual budget makes several changes to student loans as part of the $5.6 billion cuts in funding to the Education Department, including calls to eliminate the cumbersome Public Service Loan Forgiveness program. President Trump is proposing a plan that streamlines the loan repayment system and limits how much students and parents can borrow from the federal government.

“Seize the Endowments” is a clarion call, a statement of intent. It dishonors the university system: our government “seizes” assets that were fraudulently acquired to compensate the victims of that fraud.

As a movement, though, conservatives should go further than the Trump administration. We should fully embrace an adversarial stance towards the universities, and signal their understanding of the student debt crisis, with three simple words: Seize the Endowments.

“Seize the Endowments” is a clarion call, a statement of intent. It dishonors the university system: our government “seizes” assets that were fraudulently acquired to compensate the victims of that fraud. And it places the blame for the student debt crisis where it ultimately belongs: on the universities that are exploiting young people and immiserating them in debt while paying nothing in taxes and bloating their administrative incomes.

“Seize the Endowments” also indicates that we are not normal conservatives, who leave bad actors alone, hoping the free market will work things out. Instead, we are willing to dramatically reshape these institutions and wield government power aggressively against them. We will not passively watch as they defraud our children while attacking our voters.

Through their recent budget plan, and the policies they’ve endorsed more generally, the Trump administration has, in effect, taken such an aggressive line against universities. They have pushed for policies that limit the ability for universities to force students to take on loans are a step in the right direction—not because they are fiscally conservative, because they are punitive to universities.

But our movement could do better with its rhetoric and messaging.

“Seize the Endowments” will help open the door for real policies to relieve the burden of student loans: we could make the debt dischargeable in bankruptcy, and write laws allowing the government to claw back assets to help compensate for the writedown. It also opens up the space for generally shutting off the river of government money to the universities, which seems moderate in comparison to simply seizing the endowment.

It’s not billionaires that are putting teenagers $200,000 in debt while refusing to pay their service workers. It’s your alma mater. Let’s make them pay for it.