The Self-Defeating Ambition of Xi Jinping. 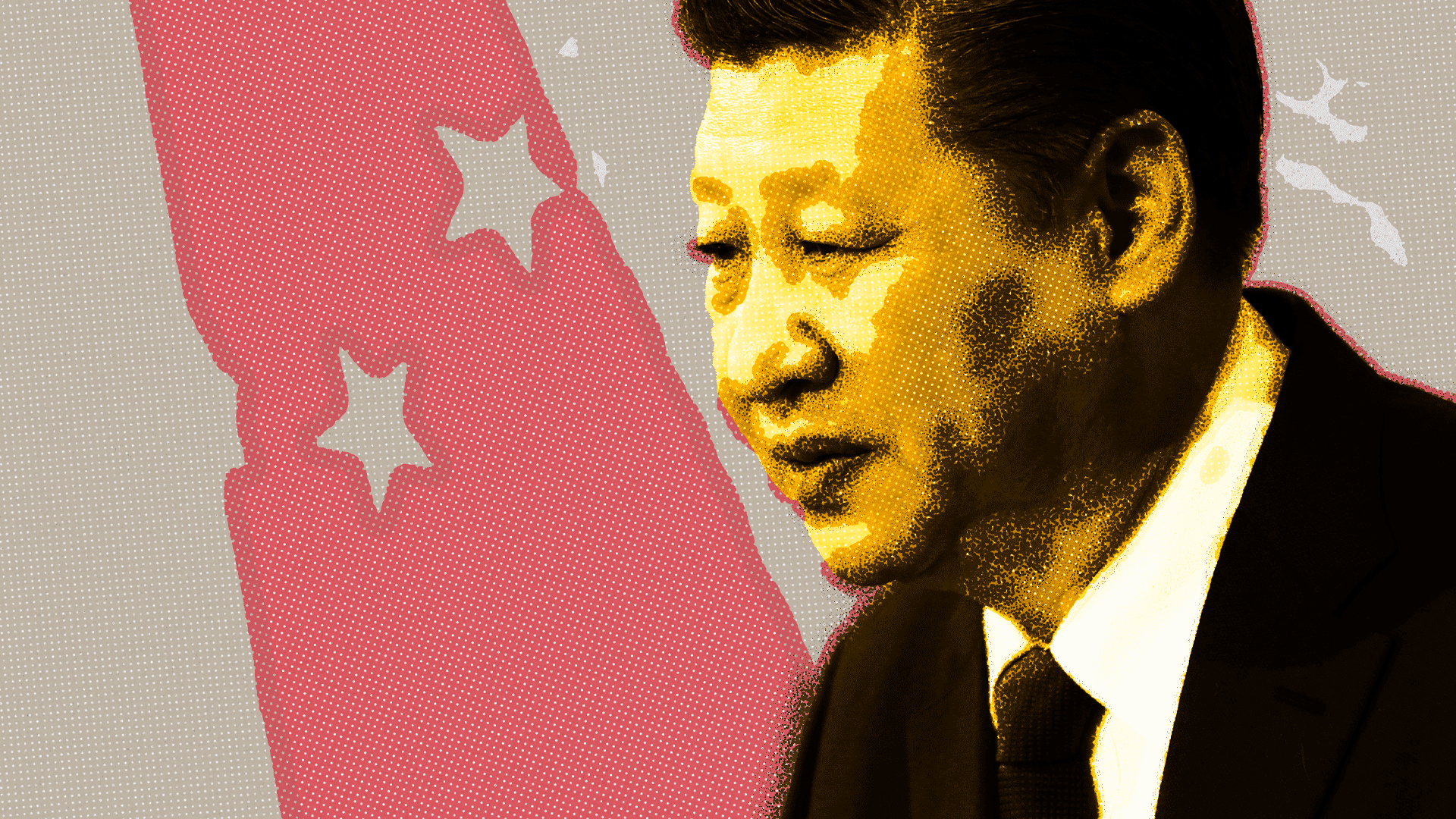 In December, Chinese physician Li Wenliang attempted to raise the alarm that the Coronavirus (COVID-19) epidemic was coming—and coming fast. Local officials, fearful of unrest and upsetting central authority, silenced him. Party disciplinary officials forced him to sign a confession admitting to deliberately spreading “false speech,” and allowed the virus to spread, unabated, for weeks. Li Wenliang, only 33, would eventually die from the illness.

His drive for centralization and state control has frustrated China’s economic rise; his increased censorship has galvanized calls for free speech; his belligerent foreign policy has alienated neighbors and trading partners.

As world leaders scramble to meet the demands of the ongoing public health and economic crisis, China’s authoritarian system stands accused of putting the world at risk.

At the same time, once the Chinese response began, it was impressive, and China now appears to be mostly free from the virus. The current crisis and the responses to it highlight fundamental differences between China and liberal democratic countries—differences that are being studied closely in capitals around the world.

The United States came into this century as the world’s sole superpower: our system of free markets and free people were triumphant after the Cold War. Unfortunately, the past two decades have been less favorable to us. A series of costly wars abroad lost any credibility or conviction we once had to play the role of global policeman. At home, having defeated the external threat of the Soviet Union, our internal politics became polarized and dysfunctional. Our economic dynamism faded, inequality rose, and socio-economic mobility declined. Malaise took hold, and we began to doubt the very values that had made us leaders of the world.

At the same time, a new superpower began to rise to prominence. While American growth stagnated, Communist China saw explosive growth that lifted millions out of poverty and seemed able to solve problems messy democracies couldn’t. To many, the American system appeared outmoded and inferior. Recent Gallup polling even indicates that Americans saw China—not the United States—as the leading economic power in the world from 2008-2018. Under the leadership of Xi Jinping, China has transformed into a global power, actively positioning the “China Model” as an alternative to American-style constitutional democracy.

But, as the recent fumble over COVID-19 makes clear, Xi hasn’t found leading easy. His drive for centralization and state control has frustrated China’s economic rise; his increased censorship has galvanized calls for free speech; his belligerent foreign policy has alienated neighbors and trading partners.

In sum, Xi’s pursuit of the “Chinese Dream”—of national revitalization—has been self-defeating. It has exposed the Chinese model of government to be brutal totalitarianism, and, in doing so, has sowed the seeds for China’s eventual demise.

China’s rise emerged from market-oriented reforms that began in the late 1970s. The result was an unprecedented period of growth in which it emerged as a leading economy and global manufacturing hub. At the time, America saw engagement with China as an opportunity to divide the Communist Bloc, and we hoped engagement would lead to liberalization. So we abetted its development with significant financial and technological assistance. This approach of constructive engagement continued to dominate America's China policy for decades after the collapse of the Soviet Union—despite the massacre at Tiananmen, ongoing human rights abuses directed at religious and ethnic minorities, and widely acknowledged unfair trade practices.

The potential for unlimited low wage labor and access to its consumer market excited American businesses, accelerating China’s entry into the World Trade Organization in 2001. American elites quickly shuttered factories at home, shifting production to China and taking millions of associated middle class-sustaining jobs with them.

Under Deng Xiaoping (1977-1989) and his successors, Jiang Zemin (1989-2003) and Hu Jintao (2003-2012), the Chinese leadership wisely downplayed China’s rapid growth, so as not to trigger alarms in Washington. The official documents that were circulated, in adhering to Deng’s direction for China to hide its growing power, emphasized China’s vulnerability, peaceful rise, and ongoing commitment to global norms. Meanwhile, continuing economic liberalization increased Chinese economic growth and facilitated the expansion of the dynamic private economy at the expense of the public sector.

In late 2012, Xi Jinping succeeded Hu Jintao and dictated profound changes to Chinese policy—both within its borders and in how it presented itself to the world.

Politically, Xi purged his opponents through an anti-corruption campaign, centralized control within the Communist Party, enshrined “Xi Jinping Thought” in the Chinese Constitution, and amended the constitution to be President for Life.  He also took steps to expand the state’s role in the economy, through regulation, preferences for state-owned enterprises, and increased government oversight of private firms.

Economists have always expected China’s growth to slow as it became wealthier and exhausted potential gains from urbanization, infrastructure improvements, and applying existing technology to its industries. But Xi’s increased interference in the economy has created additional barriers to China’s economic growth. Most significantly, dynamic private sector firms are being deprived of financing that is instead allocated to inefficient state firms or low-return infrastructure projects.

This has occurred at an inopportune time for China. It is staring down a demographic crisis—their workforce has stopped growing and is poised to shrink rapidly, while their number of retirees skyrockets. That, coupled with rapidly rising domestic debt burdens, increased competition from lower-wage countries, and the looming exodus of foreign firms who fear fragile supply chains and over-dependence on China, mean trouble was already brewing for the nascent superpower.

To tighten his grip on the Chinese public amid economic uncertainty, Xi significantly expanded internet and media censorship. Leaked internal documents from 2013 flag topics such as democracy, universal values, freedom of the press, and questioning the historical actions of the Communist Party as particularly threatening. He also rolled out a dystopian social credit system designed to reward or punish citizens based on the extent to which they act in ways the government found desirable.

Of course, the impact of these censorship policies is being felt across the world today as the death toll mounts from coronavirus.

While tightening political control at home, Xi departed from the quiet approach of his predecessors. He began releasing public statements and white papers clarifying China’s aspirations for regional hegemony and its view that the United States is a direct threat to its rise. This more aggressive tone was accompanied by an accelerating military buildup, the rapid creation and militarization of man-made islands in the disputed South China Sea, and a series of provocations directed at its neighbors. This aggressive posture drove neighboring countries seeking protection from Chinese domination closer to America.

On top of mounting antagonism from its neighbors and trade partners, Xi Jinping’s policies have severely damaged China’s reputation through a series of public relations disasters.

Xi’s aggressive actions have extended beyond the region, but here too, they have backfired. The Belt and Road Initiative, also known as the New Silk Road, was initially embraced by developing countries, but many are now more reluctant as China slows their rate of investment to address more pressing economic needs. These nations are now wary of Chinese debt-trap diplomacy. Xi also increased the scope of industrial, academic, and conventional espionage in foreign countries, further antagonizing its trade partners—including the 2014 hacking of the U.S. Office of Personnel Management.

In 2015, China surprised the world with its “Made in China 2025” strategic plan. The plan outlines China’s intent to dominate a range of advanced industries, including robotics, artificial intelligence, aerospace, and machine learning—key industries in the U.S. Economy. Meanwhile, Confucius Institutes proliferated around the world, injecting Chinese Communist Party propaganda into university curricula, and the Thousand Talents Program expanded its efforts to recruit western academics to China in exchange for bribes and research funding. “Made in China 2025” made it clear that these research investments can no longer be dismissed as mere scientific diplomacy—Xi has made it clear that China is going for the jugular.

On top of mounting antagonism from its neighbors and trade partners, Xi Jinping’s policies have severely damaged China’s reputation through a series of public relations disasters.

First, the human rights abuses: in Xinjiang Province, leaked documents reveal that the Chinese government is currently interning millions of ethnic Uyghurs, a Muslim minority, in “re-education” camps. Recently, it emerged that many of these Uyghurs are being used as forced labor in factories across China.

In the summer of 2019, China pushed the Hong Kong government to pass an extradition bill. This triggered months of pro-democracy protests on the streets of Hong Kong. The world watched millions flood the streets and China’s heavy-handed response.

And finally, there was the spectacle of the NBA debasing itself, capitulating to appease the fragile egos of Chinese leadership. This drew mockery across the free world and exposed the realities of China-imposed censorship of Western firms seeking to do business there.

Xi's dream was one of Chinese national rejuvenation—a return to its historical role as a center of wealth and power in the world. Instead, it appears his legacy will likely be a more fragile, insecure China: one with less wealth and fewer friends than it could have achieved without him.

America and China have been in a race for global preeminence for decades, but—by Deng’s design—only one contestant knew the race was even taking place. Until recently, very few in America acknowledged China as a serious threat, but, thanks to Xi’s actions, this changed. Despite much ongoing partisanship, there is now wide and growing bipartisan agreement that China is a threat that must be addressed.

Rapidly deteriorating economic growth calls into question the assertion that the China model represents a replicable path to prosperity.

Proponents of the “China Model” argue that ceding personal and political freedoms makes sense if it enables rapid economic development and wealth creation. Recent events, however, have deeply undermined this case.

Rapidly deteriorating economic growth calls into question the assertion that the China model represents a replicable path to prosperity.  Even if it is, the revelations of widespread human rights abuses and the imagery of millions of Chinese citizens protesting the prospect of authoritarian rule from Beijing have drawn attention to the high costs that society must incur to follow it.

Instead of empowering China, Xi Jinping’s actions have refocused America, reinvigorated her confidence, and reminded free people everywhere what we stand for and the virtues of our system. If we remain true to our founding principles—to personal freedoms, free enterprise, the promotion of dignified work, the national interest, and care for our fellow citizens, America will win this race and all the races to come. And the world will be better for it.