Candace Owens Should Stop Being Flippant About Coronavirus. 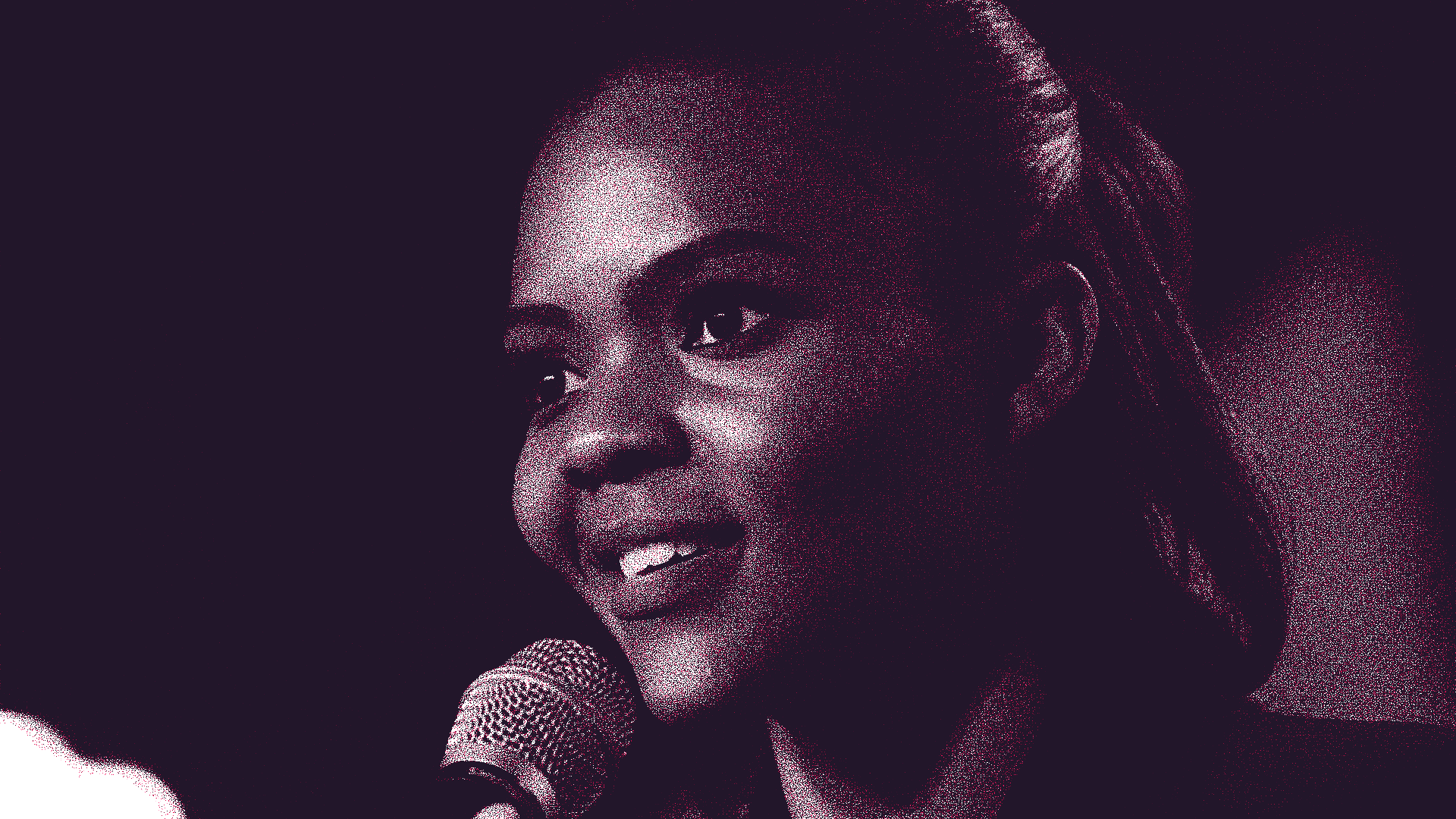 What do we do when a prominent conservative starts spouting nonsense? Last week, I posted a seemingly innocuous tweet about the tragic dire of affairs in Italy.

I wrote that, "when a society forgets to love and protect their elderly that society loses its soul." These sentiments regarding a humanitarian disaster—one worsened considerably by the presence of socialized medicine—somehow made me the target of conservative ire. For some in our movement, it seems that basic compassion and human feelings have somehow become the same as socialism.

Her analysis relied on demagoguery and talking points rather than any sort of a substantive critique of the data and evidence.

By far, the strangest and most baffling reply came from Candace Owens. "Not picking on you, because you are one of many— but this is the very same emotional argument for socialism," Owens replied to me. (Huh?) "I (once again) am finding myself disagreeing,” she continued, “with both the Left and the Right. Will do a periscope later tonight on my opinion on coronavirus."

Having respected Owens for her willingness to take on the Left, I checked out her recent Periscope about the COVID-19 coronavirus panic, one of several she has broadcast since the crisis began. I was disappointed.

Her analysis relied on demagoguery and talking points rather than any sort of a substantive critique of the data and evidence. "We have spent the last couple of years listening to socialists and leftists say that our borders should be porous. Overnight, we are seeing them turn into conservatives, and they want the border shut down by any means possible," Owens claimed, giving no examples to substantiate her argument.

"On the flip side of that, we are having conservatives who have been screaming about the necessity for individual freedom, for free market and capitalism, almost transform into socialists overnight in terms of what they want for the government to do to solve this issue," she added.

She went on to compare conservatives to Alexandria Ocasio-Cortez for "making emotional arguments" about why we should jettison our rights, and brought up the foolishness of certain individuals ignoring warnings to justify why the rest of us should do the same.

In her analysis, Owens reveals herself to be a neophyte when it comes to understanding what conservatism is. She mistakes warmed-over libertarianism for true conservatism.

Anglo-American conservatism has always been rooted in nationalism, tradition, and family—as opposed to the rebranded classical liberalism that is now being espoused by Owens. Historically the distinction was more muted, but in times of national crisis, the difference grows stark. True conservatives see a role for the state in order to advance and protect the national interest; free markets are viewed as a tool to that end but not an end in and of themselves.

NATIONALISM IN A TIME OF CRISIS

True conservatism aims to keep the people safe; it will use the government, when necessary, to accomplish that goal. It is not about strict free-market dogmatism; capitalism is merely a means to provide prosperity to as many people as possible. It is not a religion. America is a nation of people, not a group of atomized economic cogs.

Many conservatives, who have been misled by the media regarding illness panics many times before, are refusing to admit the dire facts about COVID-19.

The narrow ideological prism used by Owens and others has prevented many from understanding the severity of the coronavirus epidemic. Many conservatives, who have been misled by the media regarding illness panics many times before, are refusing to admit the dire facts about COVID-19. The "under-hypers" like Owens keep moving the goalposts to prop up their failing arguments about the dangers of the coronavirus pandemic.

Under-hypers like Owens point to the H1N1 outbreak, during the early days of the Obama administration, during which there were more infections and fatalities, but less hysteria. What the ‘coronadeniers’ refuse to mention is that herd immunity already existed because H1N1 was a strain of the seasonal flu. COVID-19, however, is a novel virus, which means the entire human population is the upper limit. We are in uncharted waters with this crisis.

The new data that is emerging shows that COVID-19 fears and the government response, or at least aspects of it, is more than warranted. A study has shown that the vast majority of coronavirus passage, by an estimate of 12-to-1, comes from "stealth cases," meaning people who are unaware they are carrying. The virus is at least 30 times more deadly than the common flu, and ten times more infectious based on recent data. Alarmingly, the virus has now entered all 50 states, so no American is insulated from the pandemic.

While President Trump initially aligned with Owens’ “camp,” and downplayed the virus, he no longer does so. The Commander in Chief has received the memo that this is not some liberal conspiracy to hurt his economy or derail his presidential re-election chances.

President Trump has responded accordingly by declaring a national emergency, pleading with the public to practice social distancing, and is even considering direct federal assistance to beleaguered Americans.

Will Owens deride President Trump for considering a bailout for the people, as businesses suffer and economic activity grinds to a standstill? Will she call the President, who is jettisoning his principles and embracing big government due to panic, a socialist?

Italy is hit by the coronavirus pandemic.[/caption]

While Owens' opinion on the coronavirus was merely ignorant, her callous and ignorant characterization of the Italian people was beyond the pale.

In a since-deleted tweet, Owens wrote: "Also—just as a point of historical accuracy, the WW2 Italians fought with the Nazis. Not implying they deserve to die, just implying that it may be a trickier hill to the climb in terms of pulling at heart strings when we had to send our young boys over to die bc of it."

The vast majority of sick and dying Italians referenced in my initial tweet were only babies or small children during the time of World War II. She is committing a sinister libel against a great nation and a people with nothing to apologize for. This is especially ironic considering she has been maligned in similar fashion by Democrats as being "pro-Hitler" for out-of-context comments she once made.

Perhaps Owens was just lashing out at someone challenging her opinions. She does have a history of animus toward previous strains of conservatism, such as the Tea Party Movement, that now sustain her stardom. Back in 2015, in a since-deleted post on her former anti-conservative blog Degree180, Owens actually cheered that tea party conservatives "will eventually die off." It sounds like there may be a different motive underlying Owens' dogged opposition to coronavirus concerns than protecting conservatism.

But all of that is neither here nor there. Owens' flippant treatment of this pandemic is doing real damage to the conservative movement.

Events like a pandemic should be taken at face value. Public safety demands it.