Elon Musk Is A Danger To The Public. 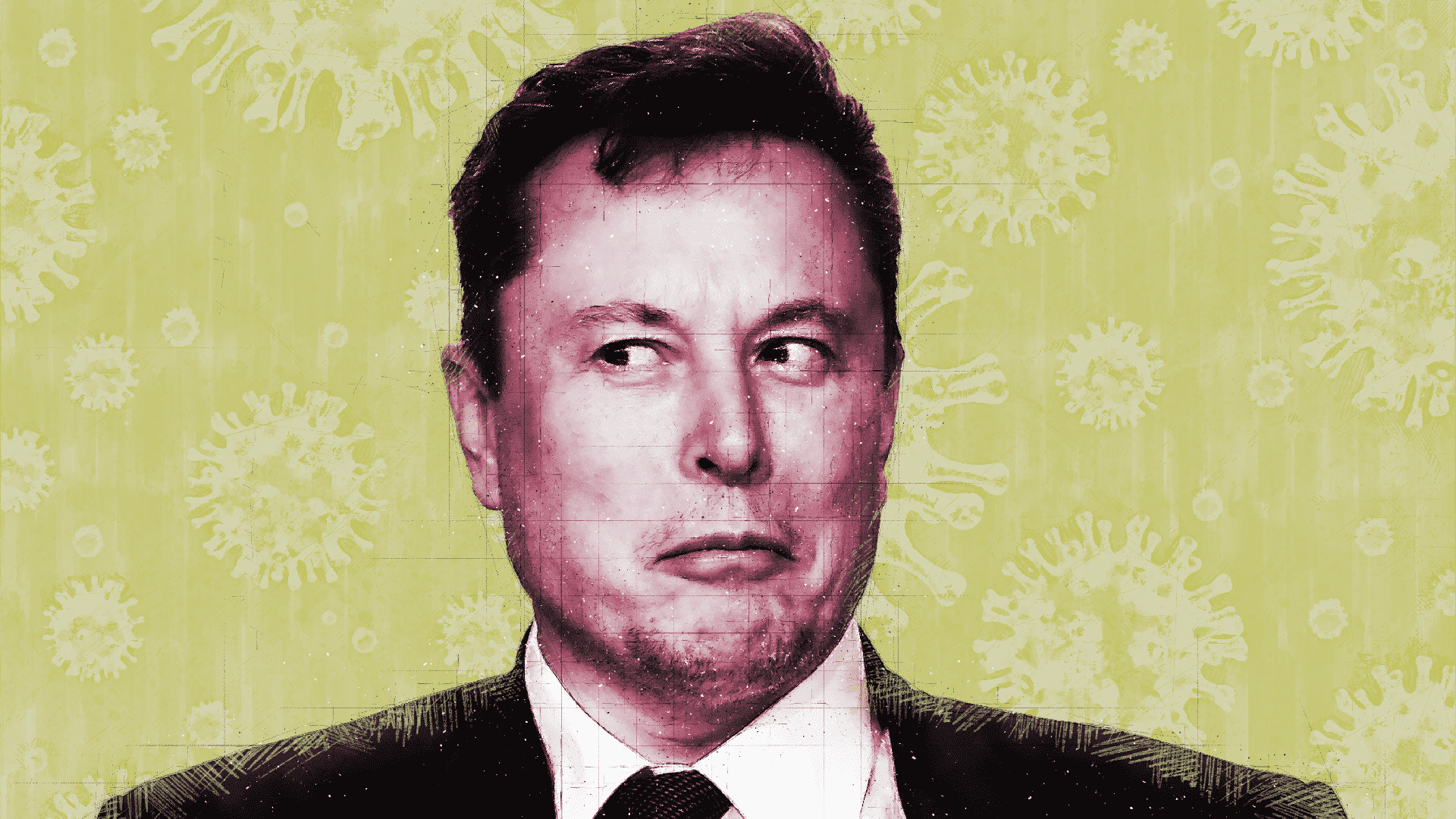 Monday afternoon, Alameda County, CA, issued a “shelter-in-place” order that instructed businesses only to conduct their “minimum necessary functions.” The measure, intended to slow the transmission of COVID-19, was instituted throughout the Bay Area. “Please follow the guidelines as we move through these next few week [sic]. We must do this together and stop the spread of the virus. A lot of people are depending on us,” the Sheriff tweeted.

Alameda County is also where Elon Musk’s Tesla factory is located. Tesla’s operations clearly did not not fall within the scope of “critical” functions intended to continue under the health order, nor did Tesla fall into the category of “Essential Businesses” which were exempt—businesses like grocery stores and banks. Nonetheless, Musk and Tesla continued operations this week, apparently operating under the notion that they were somehow immune from the ongoing global pandemic.

Tuesday evening, the Sheriff of Alameda county disabused Musk of that notion, tweeting that Tesla’s factory was not an essential function, and thus would have to shut down.

This, apparently, was not enough to stop Musk.

Wednesday, Reuters reported that despite the explicit instruction from the Alameda County Sheriff, the Tesla plant was still operating, effectively putting hundreds of employees at risk of exposure to a deadly virus. As a non-critical business, under the public health order, Tesla is only allowed to continue “minimum essential functions,” which include maintaining current inventory, making sure that payroll/benefits continue, and other administrative tasks. What they certainly aren’t allowed to do is make more cars.

Finally, this evening, Musk agreed to shut down his plant—but not until Monday. His staff will continue producing cars for four more days, in continued defiance of the Alameda County Sheriff.

This bizarre, downright dangerous behavior by Musk is putting the public at risk. It brings into relief his utter disregard for the rules that apply to ordinary Americans and the well-being of his employees, customers, and shareholders. For Elon Musk, his personal net worth—which is heavily tied to the stock price of his companies—comes before everything.

Back in August 2018, Musk shocked financial markets when he tweeted out the following:

Within six weeks, the Securities and Exchange Commission filed securities fraud charges against Musk and Tesla for this reckless tweet, seeking, among other things, to remove him as CEO. Markets turned dramatically against Musk, leading him to fold just two days later, and settle with the SEC for almost $40 million. The settlement agreement required the company to remove Musk as Chairman of Tesla’s board and exercise supervision over his tweets.

Musk’s tweets were a flagrant abuse of our securities laws—and would have likely gotten any other CEO in the country fired.

Understand: Musk’s tweets were a flagrant abuse of our securities laws—and would have likely gotten any other CEO in the country fired. The most important event for any large American company and its shareholders is a potential private buyout. It means that public shareholders will likely be forced to sell their stock, and the price of the stock will fluctuate dramatically because it is no longer tied to the fundamentals of the company or broader market conditions, but whatever price the potential buyer is going to pay for the shares. In this case, Musk implied that it would be $420, a substantially higher price than it was trading at before Musk’s tweet.

Under our securities laws, CEOs are obligated to tell the truth about material events that affect their company, and are liable for the damages that their lies cause. Musk caused damage to two different classes of people with his flippant behavior: short-sellers (some of whom were forced into covering their short and taking a loss) and buyers (who assumed they could arbitrage the stock, based on Musk’s misrepresentations).

Musk’s fraudulent behavior hasn’t just targeted investors: it’s harmed his customers too. With utter disregard for their safety and well-being, he’s peddled snake oil to engender consumer buy-in to the Tesla brand for years. For instance, Musk’s Tesla offered his customers an “autopilot” product with a “full self-driving” upgrade, that drives the car by itself.

The problem? Autopilot is unsafe. The National Transportation Safety Board just found that three separate accidents could be directly traced to autopilot. During one of these incidents, the car accelerated on an exit ramp; during another, the car crashed into a tractor-trailer at full speed because the trailer was too high off the ground for the Tesla’s sensors to reach.

Self-driving will be an incredibly valuable innovation once it is ready—but it isn’t close to ready. In part, because the development of self-driving cars relies on an economy of scale to amass enough training data for a safe, reliable product. Leaders in the space, like Google’s Waymo, suggest that it will be at least ten years until self-driving technology is consumer ready because there are so many “edge cases” that have to be accounted for in the programming.

This hasn’t stopped Elon Musk from marketing a “full self-driving” product, something that his cars are utterly incapable of, or from allowing customers to use his assisted-driving “autopilot”—a technology that Consumer Reports slammed for its lack of safety, suggesting that using it was like “monitoring a kid behind the wheel for the very first time.”

Autopilot isn’t safe: consumers shouldn’t be using it. But Elon Musk doesn’t care, so long as it helps him sell cars.

Despite never having turned a yearly profit, Tesla stock was soaring early this year, nearly reaching $1000 a share and a peak market cap of nearly 200 billion dollars. After its recent precipitous fall, shares are back down to around $400/share, which still values this company—that has, again, never turned a yearly profit—as being worth almost $75 billion.

In the event of a coronavirus-driven recession, Tesla’s solvency could very easily be threatened.

Musk is desperate to keep the share price up: it is at the core of his remarkably generous compensation package. This is probably why he has been dismissing the coronavirus pandemic in his tweets, calling the coronavirus panic “stupid” and suggesting in internal emails that you were more likely to die from a car crash than from a coronavirus.

Because despite all the positive press Musk has received, Tesla’s financial position is remarkably fragile. Unable to generate a profit from its automobile sales, it is completely dependent on generous capital markets, to either sell stock at generous prices or to lend it money on generous terms. In the event of a coronavirus-driven recession, Tesla’s solvency could very easily be threatened.

Moreover, unlike other car companies, Tesla has driven much of its buzz with press releases touting ever-higher production numbers, even as profits fail to materialize. Thus even a temporary delay in production at Tesla’s Fremont plant threatens Musk’s ability to pump the stock price.

Of course, these concerns shouldn’t really be what is driving Musk’s behavior. We are in the middle of a pandemic, with the CDC trying to stop gatherings of more than 50 people. Alameda County has ordered Musk to stop producing cars; he is ignoring them.

Which is to say, not at all.