The Iranian Regime Alone Is To Blame For Iran’s Coronavirus Crisis. 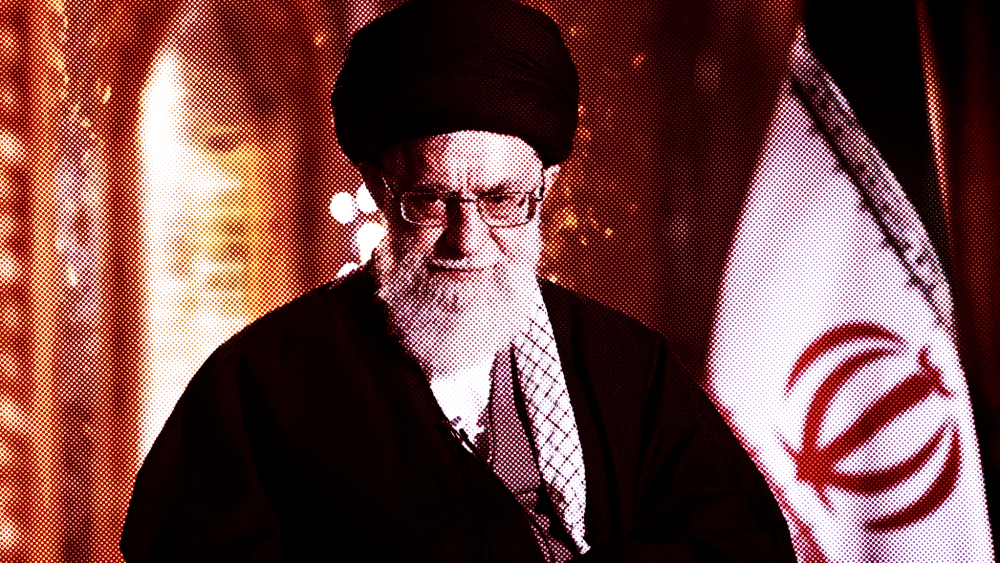 On Tuesday, the Iranian regime’s Foreign Minister, Mohammad Javad Zarif, claimed that “unlawful US sanctions” were draining Iran's economic resources and impairing its ability to fight against the deadly coronavirus. In recent days, the Iranian regime’s apologists in the West have echoed this narrative; they blame the Trump Administration for limiting Tehran’s ability to fend off the virus.

But Iran’s humanitarian tragedy has very little to do with U.S. policy. It’s the Iranian regime itself that has done the most to contribute to the rapid spread of COVID-19 both in Iran and, more recently, from Iran to other parts of the world—including the United States. The systematic cover-up, deceit, and inaction by Iran’s regime in recent weeks have already cost at least 5500 lives. Moreover, through both sheer incompetence and deliberate deceit, the regime has turned Iran into the epicenter of the coronavirus in the Middle East.

Supreme Leader Ali Khamenei and President Hassan Rouhani bear direct responsibility for this crime against humanity. U.S. media groups and lawmakers should be careful not to fall for the regime’s attempts to misuse the coronavirus fight to call for the lifting of U.S. sanctions and ending the ‘Maximum Pressure’ campaign. On the contrary, politicians on both sides of the aisle should come together to pressure the regime to stop acting as a barrier to U.S. humanitarian assistance to the Iranian people.

DELIBERATE NEGLIGENCE ON BEHALF OF THE IRAN’S REGIME

Let’s consider some of the regime’s recent actions:

1: Unlike other countries that quickly moved to restrict travel to the geographic source of the COVID-19 virus, Mahan Air, owned by Iran’s Revolutionary Guards (IRGC), has continued flights to China and back. The regime has prioritized its line of trade and political partnership with China over the lives of its citizens.

2: Instead of appealing for vigilance, Iranian officials embarked on a systematic cover-up of the existence of the coronavirus in Iran. At least a dozen senior officials flat-out denied that there were any cases of the virus in Iran in early February, prompting Iranian doctors to post video clips on social media to expose the regime’s deceit. The authorities responded by threatening “those who publish fake news about the Coronavirus” with imprisonment and flogging. Their Cyber Police announced it had apprehended dozens of people for “spreading rumors” about the spread of coronavirus in Iran. The official death toll from the virus currently stands at 988, while the regime’s political opposition, People’s Mojahedin (Mujahedin-e-Khalq or MEK), places it at more than 5500. The MEK, the largest group in the democratic opposition coalition National Council of Resistance of Iran (NCRI), has published shocking footage of people passing out on the streets from untreated infections.

3: Iran’s regime also refuses to quarantine the sites of the virus outbreak. The regime's President Hassan Rouhani announced explicitly that Iran has no plans to quarantine any cities. Interior Minister Abdolreza Rahmani Fazli told a press conference on February 23th that while some people had recommended that the regime postpone Parliamentary elections, “but as the official in charge, I did not accept any of these (recommendations).”

4: The regime refuses to provide adequate medical aid to the public. Medical resources and equipment are essentially in the hands of the IRGC and regime officials. Ordinary patients are deprived of basic needs, such as masks and disinfectant liquids; the IRGC sells them on the black market at 10 times the actual price.

The democratic opposition to the regime, the NCRI, says the authorities resorted to the cover-up to ensure a higher turnout for their marches during the annual celebration commemorating the 1979 revolution. The regime was also desperate for participation in its sham Parliamentary election in February—a periodic ritual the government relies on to assert legitimacy. Had they acknowledged the existence of the coronavirus within their borders earlier, they would have jeopardized turnout to these key state events.

Meanwhile, the deliberate attempt to keep people in the dark led to the virus rapidly spreading to all parts of Iran—and even to neighboring countries. Iran’s Coronavirus crisis is not just limited to its borders. At least 16 countries have confirmed they were passed on the coronavirus by people that came from Iran. It was also confirmed that a woman who contracted the virus while traveling in Iran was the first confirmed patient who brought the virus to New York City.

Twice in recent days, the U.S. openly declared its readiness to help Iran in the fight against the pandemic. But both offers were promptly rejected by the regime. The first attempt came in a statement from the U.S. Secretary of State Mike Pompeo on February 28th: “The United States stands with the people of Iran during the public health crisis caused by the outbreak of the novel coronavirus (COVID-19). The U.S. Government is prepared to assist the Iranian people in their response efforts. This offer of support to the Iranian people, which has been formally conveyed to Iran through the Government of Switzerland, underscores our ongoing commitment to address health crises and prevent the spread of infectious diseases.”

"If we can help the Iranians with this problem, we are certainly willing to do so... All they have to do is ask. We will have great professionals over there."

The next day, Pompeo’s offer was turned down by the Iranian Foreign Ministry Spokesman Seyed Abbas Mousavi who dismissed Pompeo’s remarks as “hypocritical and deceitful propaganda” to “deceive the world's public opinion.”

The second attempt came from President Donald Trump himself, who announced on February 29th that the U.S. was willing to aid Iran with its outbreak if the country asked for assistance. "If we can help the Iranians with this problem, we are certainly willing to do so... All they have to do is ask. We will have great professionals over there," President Trump said. But Iranian state-run news agencies announced Rouhani had once again dismissed the U.S.’s offer, demanding that Washington lift sanctions instead.

Meanwhile, the regime continues to spread misinformation and propaganda. Supreme Leader Khamenei has dismissed the pandemic as "not that big a deal," even calling it a potential “blessing.” Iranians, he said, should pray against the virus “as prayer can solve many problems.” Simultaneously, top Iranian officials, led by the Supreme Leader, are insinuating that the coronavirus is some sort of biological weapon created by the West to target Iran. Iranian state television even broadcasted a segment on March 11th, claiming the coronavirus is an “ethnic weapon” designed to kill people based on their race.

Iran’s people, of course, don’t buy any of this. They (rightly) blame the regime for mishandling the crisis. Social media is full of video clips of slogans graffitied on the walls, saying: “Khamenei the sinister mullah, you are the real virus” and “The mullahs' Coronavirus is the killer of the people.”

The Iranian people blame the regime and the regime alone for all their hardships and suffering, and they support America’s maximum pressure campaign against their dictators.