Judge in Roger Stone Case is Pushing the Boundaries of Judicial Ethics. 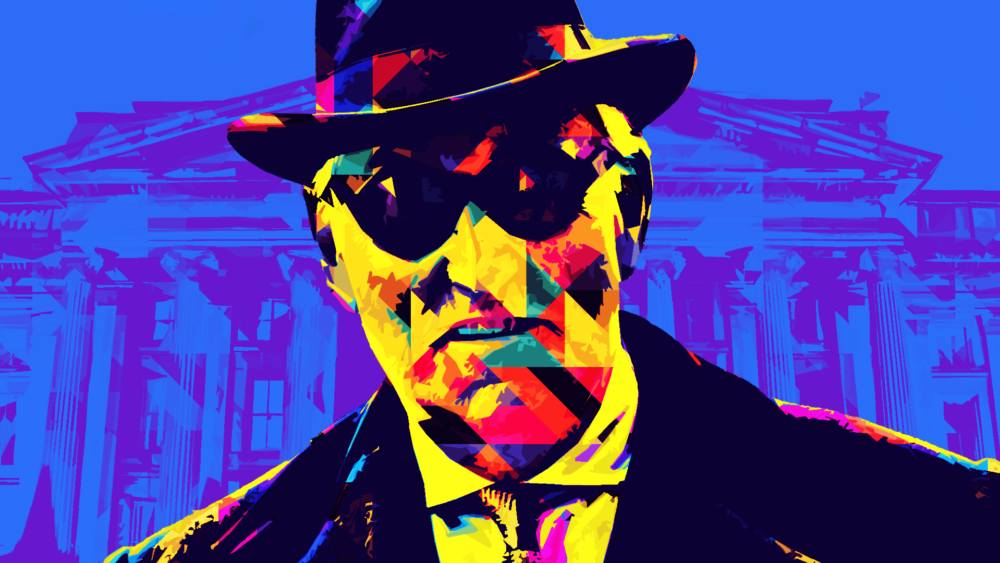 Roger Stone arrogantly made a prison cell bed for himself, and now he must lie in it. Yet even people unworthy of sympathy deserve the ability to speak publicly, a right that Judge Amy Berman Jackson continues to deny to Stone. Her actions indicate she’s putting politics above the law—a troubling ethical breach.

I’m not a hasty critic of judges. As an attorney, I’ve represented many of them, most recently arguing in a state Supreme Court on behalf of a judge who properly limited the news media comments of trial participants during a high-profile murder case. I’ve also served as a magistrate and acting judge. In hundreds of cases, I’ve felt the lonely burden of making difficult decisions that affect the lives of others.

Despite my fondness and familiarity with the judiciary, I regularly speak out when judges are unencumbered by accountability and the rule of law. The judicial arrogance dripping from Judge Jackson’s courtroom calls for redress. Such reckoning typically comes from appeals courts and public forums (like Human Events).

But, for judges who resist accountability, the possibility of congressional impeachment also lurks.

During his trial, Judge Jackson barred Stone from speaking publicly about his case, which is permitted in extreme circumstances, most commonly when such commentary has a high likelihood of biasing a jury. Continuing Stone’s gag order, however, even after the jury was dismissed, has no rational basis in law and violates the First Amendment.

While she can exercise her own right to free speech and generally say what she wishes, judges are bound by legal dictates and ethical obligations.

This isn’t the only occasion in which Judge Jackson acted out-of-bounds. More recently, she inappropriately criticized the Department of Justice for how it makes internal management decisions, a topic well beyond the purview of a judge. She also offered a personal opinion on the extent of Russia’s involvement in the 2016 election, which was an issue not before her court. Even more erratic was her hostile commentary against Fox News host Tucker Carlson, who has reported on her actions.

Jackson’s political sponsor, D.C. congressional delegate Eleanor Norton Holmes, told USA Today that the judge “can do anything she wants to do.”

While she can exercise her own right to free speech and generally say what she wishes, judges are bound by legal dictates and ethical obligations. Judge Jackson has absolutely no jurisdiction, for instance, over Carlson. Zero.

If she takes the next step and attempts to enter a court order of any sort against Carlson—or any reporter not standing in her courtroom—she will not only be subject to a stinging appellate reversal, she will present Congress with a strong case for impeachment for failure to abide by the “good behavior” clause of Article III, Section 1 of the Constitution. That’s because, by law and tradition, judges only have power to issue orders against people and entities involved in the case, such as parties and witnesses. On issues of contempt of court, a judge also has authority to issue rulings affecting people who are physically in the courtroom. Attempting to issue an order beyond those parameters would be a shocking abuse of judicial branch power that would call for a corresponding legislative branch check.

Checks and balances require public involvement. When judges like Amy Berman Jackson step beyond their power, we must both call it out and call it what it is—black-robed tyranny.

Hamilton, in Federalist 78, called the requirement of judicial good behavior “certainly one of the most valuable of the modern improvements in the practice of government.” Hamilton knew that a check was needed on the power of unelected judges.

This genuinely matters. All too often, people of dangerously low character or dangerously high self-esteem have sullied the judicial robe. In fact, the Senate has heard 15 impeachment cases where judges were accused of violating the duty of good behavior. Among them were one associate justice of the Supreme Court, one commerce court judge, and 13 district judges—like Judge Jackson.

While litigants and attorneys owe respect and some level of deference to judges during court sessions, outside of court, too many judges demand the grovel, the bow, and the curtsey. Ask any lawyer: after taking the job, even outside court, some judges expect that their jokes will be funnier, their musings more brilliant, and even their wardrobe more stylish by virtue of the title they hold.

Sometimes, such shallow pursuit of flattery amounts to nothing but an annoying trifle. Yet, far too often, the power seeded in judges blooms into abuse. Some judicial officers use that legal clout to quell criticism of their work, à la Judge Jackson. Others become so accustomed to making decisions without criticism that they lose sight of the boundaries of proper trial management.

And, most commonly, some judges fancy themselves unelected legislators, advancing their personal policy preferences rather than deferring to a legislature empowered directly by voters. In the minds of those judges, their own wishes somehow permit them to push past the Constitution.

Checks and balances require public involvement. When judges like Amy Berman Jackson step beyond their power, we must both call it out and call it what it is—black-robed tyranny.

The power that government actors wield comes from, to borrow a phrase from the Preamble to the Constitution, We the People. On occasion, the people must be willing to rely on a few arrows from our own constitutional quiver to tame an errant public official. Primary among these are a right to speak out, assemble together peacefully, and ask to have our grievances with government properly addressed.

Those Americans who, like me, bristle at judicial arrogance from the few jurists who wield a gavel like a weapon of abuse, ought to stand up, speak out, and demand accountability. And, while Roger Stones will come and go, the rule of law and government by consent of the governed must endure.