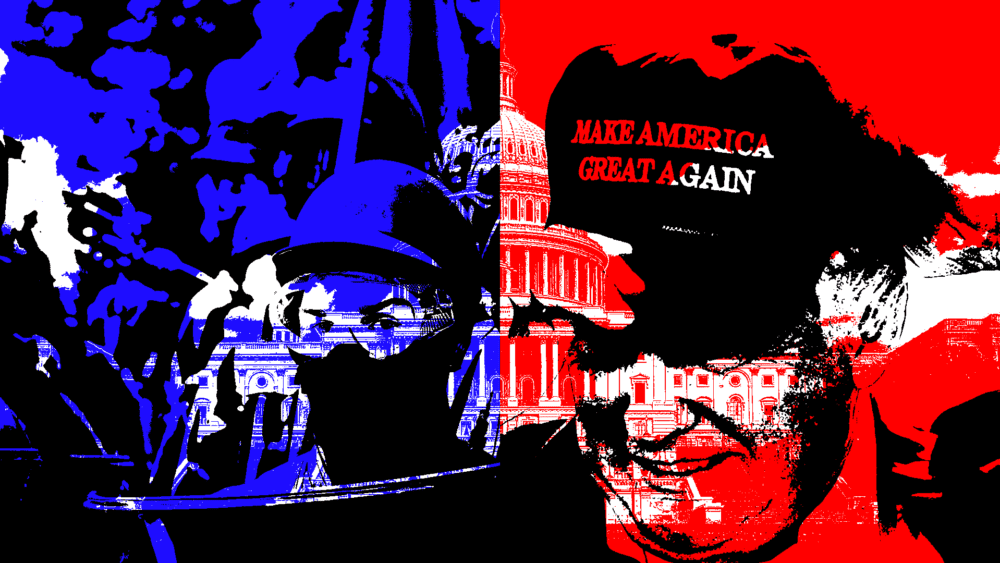 If there’s one thing Americans can agree on, it’s that we don’t agree on much. At least, politically. While the United States has always been somewhat divided along cultural, racial, and political lines, these days it seems these cracks are becoming canyons. America is in danger of collapsing in on itself.

America is in danger of collapsing in on itself.

It may sound hyperbolic, but there is mounting data that Americans are more divided than ever. The rift is such that both sides of the political aisle are now pontificating about the possibility of a second Civil War—from The Washington Post to The Atlantic to the President himself, there is rare bipartisan consensus that we are on the verge of violence.

Like any complex issue, there are numerous reasons for America’s increasing polarization. But none are as central and obvious as our huddling into geographical (and by extension ideological) bubbles. Perhaps nothing illustrates this better than the 2016 electoral map, where America’s blood-red flyover heartland is flanked by royal blue progressive enclaves.

Abortion, minimum wage, the role of the military, how we treat the land we live on—coastal elites and traditional middle America have retreated to their respective corners and are staring each other down. We not only choose to befriend those who are politically like-minded, but we choose to live near them, too.

But it needn’t be this way. Some simple changes in the way America’s public and private powers conduct themselves could work wonders in bursting these ideological bubbles and, by extension, restoring some unity to a nation badly in need.

None are minor, and they all require action from a liberal establishment that has shown little to no interest in compromise. But should the left one day decide civility is in its best interest and begin acting in good faith, these policy changes could quickly undo much of the division that fermented during the last couple decades.

First, relocate DC’s federal agencies to locales across the country.

If any region in the country epitomizes America’s bubble problem, it's the nation’s capital.

Tennessee Congresswoman Marsha Blackburn is sponsoring legislation to move the Department of Education from Washington to her home state, and to transfer some 90 percent of the federal workforce from ten agencies to various locations.

And why not? If any region in the country epitomizes America’s bubble problem, it's the nation’s capital. In theory, our capital should represent the attitudes and opinions of its widely-dispersed citizenry, but it does nothing of the sort. More than 90 percent of D.C. voted for Hillary in 2016. Not only that, but the Democratic candidate for President has won the District of Columbia in every election since 1961—when its citizens first won the right to vote for the highest office in the land.

It’s almost as if centralizing hundreds of thousands of people dependent on government for their livelihood will necessarily lead to their collectively working together to protect and expand said government. Who knew? Moreover, D.C. is among the wealthiest areas of the country. Seeing as how that money largely comes from American taxpayers, shouldn’t they be allowed to access those jobs and opportunities when-and-wherever possible?

It’s been done before, and with incredible success. NASA relocated a significant percentage of its personnel to launch the Johnson Space Center in Houston, Texas, which turned a relatively obscure town into one of the nation’s great cities.

There are plenty of federal agencies, and plenty of economically hungry regions in middle America that can build and thrive on NASA’s precedent.

TRY NOT BEING FAKE NEWS

Second, make journalists at major outlets live in flyover states half the time.

The modern American press is merely a product of its cultural environment; they are, the human manifestation of America’s polarized landscape.

If you take another look at that 2016 electoral map, one thing is crystal clear: the nation’s great media centers are deeply entrenched in Democratic territory. It should come as no surprise that coverage of the current administration mirrors D.C.’s political make up. An analysis by the Media Research Center found that 90 percent of the broadcast networks’ coverage of President Trump was negative through his first two years.

The modern American press is merely a product of its cultural environment; they are, the human manifestation of America’s polarized landscape.

And it’s destroying their credibility. According to a poll conducted in November of last year by The Associated Press-NORC Center for Public Affairs Research and USAFacts, only 21 percent of Americans believe that “reporting from the media” is based on “factual information.” 31 percent believe the press relies on factual information “rarely” or “never.”

Many Americans feel that the press is opposed to their values, and that’s because they are. Estimates of the ideological imbalance among America’s press corps vary, but all show some bias. One even reported a 13-to-one advantage for the left. It’s laughable for anyone to argue the absence of liberal bias.

It doesn’t have to be this way. We live in the digital age, and journalists can easily stay connected to their home bases with the click of a button. There’s simply no reason for American media companies to remain concentrated in liberal islands. Their dispersion will help them better fulfill their Constitutional mission and expose them to the concerns of demographics they have ignored for far too long. And, over time, such mingling may reduce the mistrust between the press and much of the American public.

Finally, make political diversity an integral part of diversity programs in the private sector and at all levels of government.

While corporate America and woke academia might shudder at the thought of bringing their conservative colleagues into the fold, by their own philosophy they have to if they wish to succeed.

For the record, I’m not a huge fan of these programs. They are too often wielded as ideological axes to advance the narratives of identity politics, and they are largely, if not completely, ineffective. But they aren’t going anywhere anytime soon.

Diversity in corporate and academic circles is touted as critical to success given the different experiences and modes of thinking America’s melting pot can offer. But we know that political ideology is largely shaped by experience; some have even argued that conservatives and liberals think differently due to neurological processes.

And if varied experiences and outlooks are critical to arriving at effective solutions, then a group that lacks the experiences and neurological makeup of half the country is doomed to failure.

While corporate America and woke academia might shudder at the thought of bringing their conservative colleagues into the fold, by their own philosophy they have to if they wish to succeed. Sadly, it seems they would rather go down in flames than acknowledge the perspectives of their “backwards” conservative colleagues. And they may well get their wish.