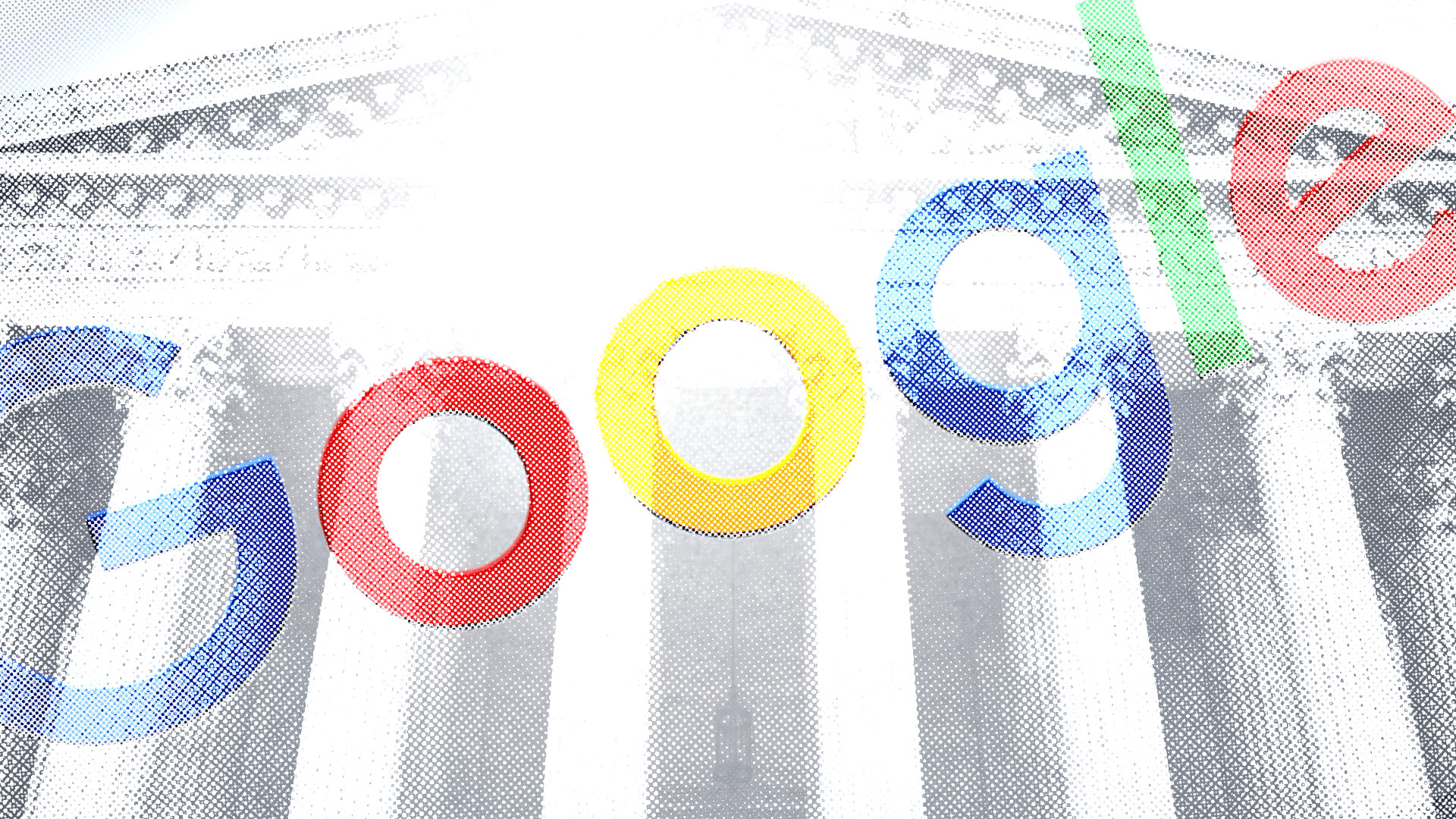 Ten years ago, Google realized that they needed a product to compete in the mobile operating space. The space was dominated by their competitors—Apple, Microsoft—and consumer demand for smartphone technology was intensifying.

And while on the surface this might just look like two tech giants duking it out, it's important to keep in mind that this case made it to the Supreme Court because it took a tech giant to take Google on.

To get a jump start on that, the tech Goliath (which recently passed $1 trillion in valuation) copy/pasted code from Oracle, the database company—code they knew was copyrighted. In fact, at the time Google was in negotiations with Oracle to license the code in order to jump-start development of Android. They decided to walk away from those negotiations and opted for theft in the hopes they would muscle their way out of it in future litigation.

Next month, Google is going to the Supreme Court (Google LLC v. Oracle America Inc.) to say that it's "fair use" to copy a crucial part competitor's product, and then release a much cheaper version to destroy their business. This kind of corporate bullying behavior and lawlessness has become the modus operandi in Silicon Valley.

And while on the surface this might just look like two tech giants duking it out, it's important to keep in mind that this case made it to the Supreme Court because it took a tech giant to take Google on. Small startups don’t stand a chance.

Human Events has long been an advocate of reining in the power that Big Tech wields over those marginalized by Silicon Valley’s monoculture. That’s why we’ve partnered up with the Internet Accountability Project (IAP), an organization campaigning against the privacy invasions, political bias, and exploitative conduct of Big Tech.

The idea behind fair use is simple: if you copy a portion of someone else's copyrighted work and undercut their sales, that's not fair use.

On Tuesday, the IAP filed an amicus brief in support of Oracle. Shortly thereafter, the Trump administration also put their support behind Oracle, arguing that they found Google’s policy arguments “unpersuasive.”

Google is relying on two core points to justify their actions: first, they assert that the Java declarations they stole are not copyrightable at all, due to something called the "merger doctrine." Second, Google is arguing they argue that their copying was "fair use."

U.S. copyright law limits the scope of copyright protection to the expression of an idea, not the idea itself. The merger doctrine applies when there are only a limited number of ways to express an idea, meaning the idea itself merges with the expressions of that idea. But, as Oracle’s lawyers have deftly pointed out, Google's Java engineers could have written their code in an infinite number of ways—their competitors, Apple and Microsoft, did just that. Instead, they decided to copy 11,500 lines of Oracle software, verbatim, demonstrating that it was the precise configuration they were after, not the ‘idea’ behind the code. The merger doctrine does not apply here.

IAP’s amicus brief does an excellent job demolishing Google’s claims to “fair use.” In our recent interview, attorney John Thorne (who helped author IAP’s brief) explained that the intent behind the brief was to focus on something that wasn’t going to get substantial coverage in the primary briefs. “Some of the justices are interested in the history,” according to Thorne, which is why IAP went into the archives to recover the history of the fair use doctrine in American law.

The idea behind fair use is simple: if you copy a portion of someone else's copyrighted work and undercut their sales, that's not fair use. That was first articulated in an 1841 case, Folsom v. Marsh: “Folsom’s fair use doctrine does not sanction verbatim copying from an original work that results in a marketplace replacement for the original,” IAP writes. “For Google, that code was exceedingly valuable ... With Oracle’s code as a component, the Android platform was able to effectively replace the Java SE platform in the market. Predictably, Google’s verbatim copying of Oracle’s code for use in the Android platform had a measurable negative impact on Oracle’s bottom line.”

IAP’s brief also includes a discussion of why the excuse of "opening up competition" fails. “There are different incentives at work here,” Thorne explains. Of particular interest to the IAP is the “incentive of the original creator.” Companies shouldn't be forced to share their work freely with competitors in a manner that undercuts their return on investment. If they are, they won’t invest—or innovate—at all. Justice Scalia's opinion in Verizon v. Trinko explains this well.

Re-use/reimplementation is very common in Silicon Valley. Some fear that an adverse ruling against Google would undermine a whole range of people who seek to replicate Google’s path to growth. But, for the IAP, and for the Human Events team, this comes down to a key conservative tenet: private property.

“Google cannot steal, bully, and cheat its way into market dominance, and we are hopeful the Supreme Court will see through their excuses and restore fairness to the tech marketplace.”

“[A]s conservatives,” writes founder and president Mike Davis, “IAP sees nothing wrong with making money—but just not when it comes at the expense of another’s property rights. This is why Oracle is fighting this issue all the way to the Supreme Court, with support from conservatives like us and others.”

“Google’s pattern of behavior against innovative tech firms is alarming and ongoing. Oracle is not the only firm they have abused, just the only one with the resources to see them through years of litigation,” Rachel Bovard, IAP’s senior advisor and policy director, points out. “Google cannot steal, bully, and cheat its way into market dominance, and we are hopeful the Supreme Court will see through their excuses and restore fairness to the tech marketplace.”

We agree. What Google did here isn’t fair use. Instead of licensing code they did not write, they copied it, and dared Oracle to litigate. That’s not the behavior of a plucky upstart: it’s the behavior of a bully.