A Republic We Should Keep. 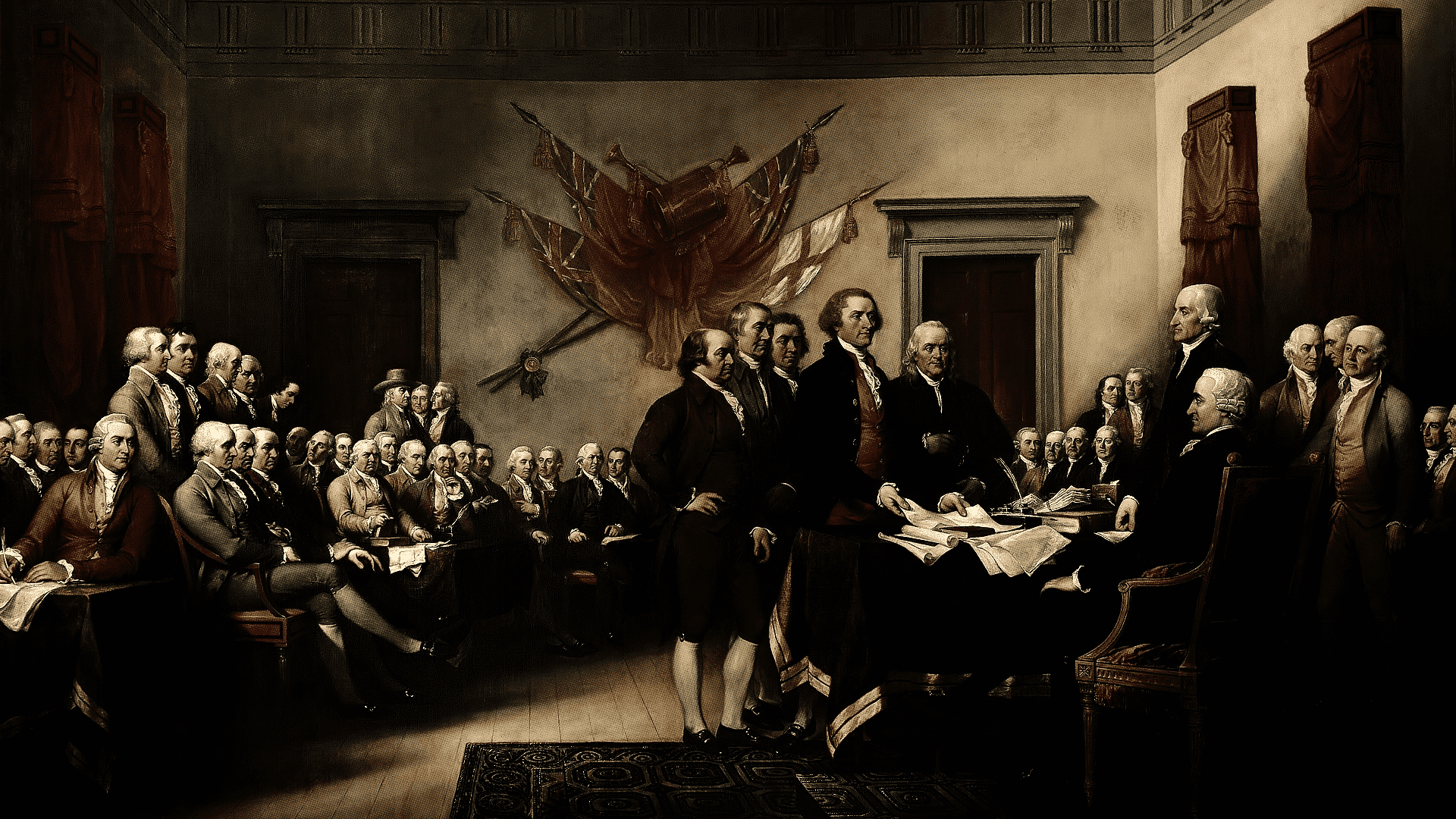 One of the most fallacious and deceptive arguments made by the left at this particular moment in the history of our democratic republic is the call for what is presented as more, or purer, democracy. Institutions built to frustrate pure electoral democracy, such as the Senate and the Electoral College, are described as somehow “betraying” representative government or "democratic" values.

Anyone urging us to check the Senate should be arguing for fixed terms and elections for the federal judiciary—which is a cause supported by just about no one.

This claim is made by more or less the same people who cheer most loudly when least democratic levers of the state, such as the judiciary, agencies, and politicized prosecutors, circumvent democracy to promote their ideological agenda. None of these institutions—excepting state judiciaries constructed by elections—answer directly to the voters. In contrast, the Senate and the Electoral College are actually made up of people elected to be, respectively, Senators and Electors—they’re just not elected at large (i.e., nationally), they’re elected based on those quaint old political units called states.

What’s deceptive about this claim is that, in addition to its shaky logic, it sounds so very wholesome. Why shouldn't the majority “rule?” Are we against “democracy?” But the cynicism underlying the “more democracy” argument is most readily demonstrated by the affection of its advocates for ceding and expanding the power of the least democratic aspects of government, most notably for the appointed-for-life federal judiciary.

Most scholars agree that the concept of judicial review of legislative and executive action, which has become accepted and respected in our political system, was hardly evident to everyone in the room when the Constitution was ratified. Warnings against a dictatorship of the bench are found in many writings of the Framers. Judicial review works for the most part, mainly because it is one of our many checks on democracy. Anyone urging us to check the Senate should be arguing for fixed terms and elections for the federal judiciary—which is a cause supported by just about no one.

The reality is, the platform for a ‘purer democracy,” whether it is demanding we elect the President by popular national vote or abolish the Senate and let the House make all the laws, is based either in deep ignorance of what such systems would look like, or a simply cynical calculation meant to delegitimize political outcomes that go unfavorably.

For in a “majority rules everything” regime, everything should be put to a vote, more or less all the time.  Ultimately we would need referendums not only on what shall be voted on and when, but also what the wording of each referendum should be.

In a “pure democracy,” elections would not only determine the identity of legislators and the chief executive. Daily national referendums would more or less be required to both write legislation and enact regulations. Decisions regarding enforcement of the law and punishment for its violation would also be the subject of nationwide popular voting.

While that may sound appealing, it is an unstable and impossible mode of social organization: coalitions must and will develop to achieve anything in a pluralistic political environment, immediately undermining this idealized “democracy.”

Of course, representative government itself is not, strictly speaking, democratic; the shape and location of voting districts, as everyone versed in gerrymandering and redistricting disputes know, are very much at the heart of the matter–much more so than the persuasion of voters with ideas. If indeed we would have 435 members of the House of Representatives, they would have to be voted on by everyone in the country. If you think the result of such a vote would produce the degree of “diversity” in which the Democratic Caucus in Congress takes such pride, consider the current crop of Democratic candidates for President.

We might nonetheless proceed to seat 435 “at large” members of Congress by a national vote.  Alternatively, we might admit that each of those 435 decisors is a potential source of undemocratic nullification of the national will because he or she has a brain, or might build some kind of partisan structure to organize work which may very well blunt the momentary ebb and flow of the demos. Either way, democratic democracy would have to apply not only to the substance of governance, but to procedure and even timing of administration and decision. For in a “majority rules everything” regime, everything should be put to a vote, more or less all the time.  Ultimately we would need referendums not only on what shall be voted on and when, but also what the wording of each referendum should be.

Obviously, this notional pure democracy is another word for anarchy.

THE PRIVILEGE OF REPRESENTATIVE DEMOCRACY

In fact, there is no reasonable argument that adequately refutes our need for non-democratic institutions and regimes. We need these to enable any degree of coherent democratic influence on the government.

So now we are only negotiating about what these should be.

Those who grumble about the Senate and the Electoral College are merely dressing their dissatisfaction with the outcomes of these perfectly reasonable democratic institutions. Besides the fact that a tyranny of the majority is a real and frightening thing, what we see in policy debates is that everybody wants democracy when democracy gets them what they want.

Opponents of judicial activism who nonetheless thought same-sex marriage (SSM) was a restriction of their idea of liberty gladly threw democracy under the bus when it became clear judges would give them what democracy wouldn't. Ironically, that eventuality was precipitated by conservatives who pushed for the Defense of Marriage Act to frustrate democracy in the few states that were going the SSM route. And liberals, of course, have made the democracy-free judiciary a guaranteed second bite of both the apple regarding virtually every decision by elected executives and legislators,

And that is what we have: checks and balances meant to temper democracy put in place hundreds of years ago.

Or no. But by virtue of our modern-day sensibilities as liberals, conservatives, libertarians or socialists, we nonetheless understand that if we follow the rules and procedures that are already in place, we are simply demanding power based on any means necessary. And those rules cede virtually everything, ultimately, to democracy—including the ability to change them completely through established mechanisms such as new legislation and constitutional amendment.

Anything else is not going to be what demagogues, political operatives, and street brawlers are calling “democracy” after an election or two, a Supreme Court confirmation, or a given moment of governance doesn’t go their way.

Democracy—republic, representative government—is what we are privileged to have. Keep it, we must.