Remember back in those heady pre-inaugural days when Barack Obama said everyone must sacrifice? Good times, good times.

Apparently that call for belt-tightening never reached Obama’s wife. You know, the woman who’s spent $10 million of taxpayer money on vacations in the past year. Vacations in Spain, out in Colorado, Martha’s Vineyard, chowing down on expensive short ribs, no expenses are ever spared.

But during these hard times, wouldn’t it be a good idea for these freeloaders to stop and think that maybe, just maybe they’re sending the wrong message by flaunting thousands in diamonds while in New York this week?

Sure, they may be on loan (will she bother to return them?), but that’s beside the point. 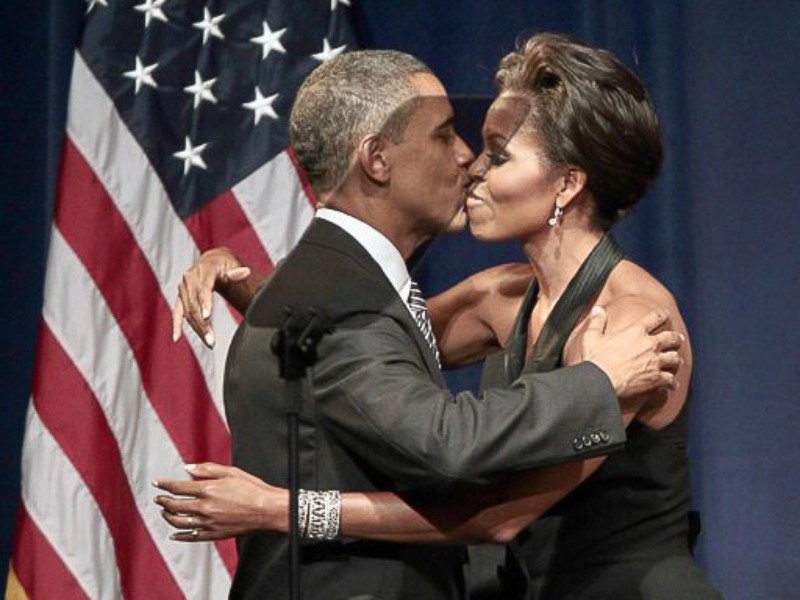 If you’ve been saving your nickels and dimes, the cuffs are available locally at Judith Ann Jewels. The First Lady wore Katie’s Lotus cuff priced at $15,000 with 2.9 carats of diamonds, her Gothic cuff at $15,350 with 2.17 carats in diamonds and the Quatrefoil bracelet at $11,800 with 1.73 carats in diamonds.

This glaring excess just reinforces the image of a wildly out of touch couple that has no idea of the hardships Americans are suffering during Obama’s bumbling reign of error.

Just imagine for a minute the apoplectic howls of outrage from the left if Laura Bush strolled out sporting $42K in bling while her husband ran around raising millions from his millionaire pals.

Can we call this a new Decade of Greed, where egalitarian elitists told the great unwashed to eat cake while rich liberals dined on caviar?