Connect with us
First in a series about Venezuela and the Chavez regime.

This is the first of four articles on Venezuela under President Hugo Chavez.  Researched and written by veteran journalist and former diplomat John R. Thomson and retired Venezuelan career diplomat Norman Pino de Lion.  Each article explores a distinct theme:

1.  Venezuela’s deeply troubled economy.
2.  Human rights under increasing threat.
3.  Involvement and influence of Cuba in key sectors of the country.
4.  Activities of Iran, Russia and the FARC narco-terrorists.

HUMAN EVENTS editors agree with a basic premise of the authors, that the Chavez regime and its relationships with major malefactors in the Americas and internationally present a real and significant threat to freedom loving people worldwide.  This series explains the extent of that threat.

There is no exaggerating the extent of Venezuela’s decline and fall. The wealthiest country per capita in Latin America is sinking deeper and deeper into what must inevitably be bankruptcy, as everything fiscal goes wrong. The result will be equally bad for Hugo Chavez, first elected president in 1999 and now in 2010 a full-fledged autocrat.

Not a single sector is prospering. On the contrary, agriculture, business and industry are all in dire straits. The country’s dominant industry, petroleum, suffers at every level from mismanagement, financial milking by the government and corruption. Capricious, wasteful spending by Chavez, at home and abroad, has left the country’s finances in severely critical condition and crippled effective financing of the private sector.

The signs of decline are everywhere:

• Declining Gross Domestic Product. GDP fell, according to government figures, by 3.3% in 2009 and shrank 5.8% year-to-year during the first three months of 2010, while all other regional economies were gaining.  The International Monetary Fund projects a full year 2010 decline of 2.6%, putting the country with the largest oil reserves outside the Middle East in a worse economic state than Greece.

• Inflation in April, inflation totaled 5.2%, as reported by the government, and is headed for 50% or more on an annualized basis. (Economists suspect both GDP and inflation figures are understated. The running joke is that there are three kinds of statistical reporting in Venezuela: white, grey and government.)

• Floating exchange rate, one of three exchange rates (since joined by a fourth), fell more than 20% during April and May. Instead of recognizing its massive mismanagement of the economy, the regime blamed wild speculation by financial firms, providing an excuse to raid more than 30 in the past several weeks.

• Investment, foreign and domestic.  Investment is virtually non-existent, but disinvestment is rampant. In the last decade, more than 4,000 businesses have shut their doors, with several factories relocating to the Colombian coastal city of Barranquilla and other friendly locations.

• Government confiscations of private enterprises. Well over 120 established firms across every segment of the economy have been seized, more than 75 of them in the flailing petroleum sector. This, despite poll results from the leading firm of Keller & Associates showing that 61% of Venezuelans prefer the private sector managing petroleum assets, 71% prefer private food and medicine producers and 74% oppose elimination of the private sector. Chavez appears intent on absorbing Polar, the country’s largest food and beverage producer, confiscating a large processed-food warehouse and publicly making angry threats to the owning Mendoza family.

•  Unemployment. Officially 8.2%, the unemployment rate is skewed because government surveys count anyone working one hour per month or more, plus occasional street vendors, as “employed”. In addition, firing employees is forbidden. Only one economist with whom we spoke would hazard an estimate of what is clearly a very large figure. His unemployment estimate: at least 30%.

•  Violent crime. Crime is so rampant that caraquenos resignedly describe their city as the murder capital of the world.

•  Food.  Supplies of food are increasingly scarce, owing to government’s relentless dis-incentivizing of agriculture and widespread expropriation/confiscation of processors, distributors and retailers. A recent visit to the Luvebras supermarket in the fashionable Altamira district of Caracas revealed an estimated 25% of its shelf space empty, with many staple products—coffee, rice, beans—in very limited or nonexistent supply. When French-Colombian chain Exito was confiscated in January, hooligans ransacked several stores, rendering them unserviceable.

• Brain drain.  The shortage of educated in all professions is high. Numerous Venezuelan medical doctors now study and practice in Colombia, despite better remuneration in Venezuela. Rough estimates are that some 5,000 doctors and nurses have fled the country and are now living and working in Colombia, Panama, Spain and the United States. This does not include Cuban health practitioners working in Venezuela in exchange for the 100,000 barrel-per-day oil lifeline Havana receives from Hugo Chavez. More than 1,500 Cuban medical professionals are estimated to have fled to Colombia, with most moving on to other countries.

• Infrastructure development. Potentially an excellent source of employment, construction is practically virtually non-existent. Roads are in disrepair and hardly any new building is underway. There is some activity in commercial and high-rise residential construction. Electricity brownouts are frequent in cities and towns, and water is in short supply.

Then there is the drag that corruption causes on every segment of the economy. Consider the government’s National Development Fund: Formed in 2005, FONDEN received more than $57 billion in its first four and a half years and has purportedly funded more than 600 projects, according to Finance Minister Ali Rodriguez. However, the projects have not been specified and the fund has never issued any financial reports.

Hugo Chavez may well have accounted for much of such profligate spending, lavishing funds on countries and leaders he is trying to bring into his Bolivarian Socialist net (one example: Chavez famously spent an announced $5 billion for virtually worthless Argentine bonds).

Moreover, Chavez’s flamboyant personal lifestyle ranges from a fetish for expensive watches to foreign trips with large retinues. Travel abroad has occupied more than 10% of his 11 years as president and can account for a substantial amount of unaccounted FONDEN funds. Indeed, one Caracas wag contends that the only increasing indicators are Hugo Chavez’s weight and waistline—observers estimate his weight gain over the past eight years at 35-40 pounds.

It is certain that what one commentator refers to as the FONDEN black box is the funding source for untold amounts of personal and institutional corruption, whose exact total cannot reliably be estimated.

A confiscated once-private warehouse now controlled by the state-owned PDVAL group was recently found to have 32,000 tons of outdated, rotten foodstuffs. A subsidiary of the government’s corrupt and mismanaged PDVSA petroleum monopoly, PDVAL has seen its director ironically be arrested on charges of corruption.

That such a situation could occur, given the critically short supply of most basic foodstuffs, underscores the depth of the problem.

All this has brought Venezuela’s economy and society to the brink of collapse. The net result for Chavez is that his approval ratings have plummeted to a range of 35%-42%, according to established polling services. Hinterlaces’ President Oscar Schemel pegs Chavez’s current base at 39%, with confidence in his leadership even lower at 35%.

Keller & Associates report that 70% want a change in leadership, with 51% of those intending to vote, planning to vote for anyone other than Hugo Chavez.

The social and political fallout has been enormous. Keller’s latest survey found an overwhelming 83% of Venezuelans do not want the country to become a Communist country similar to Cuba, and 58% are opposed to a Socialist Venezuela. Indeed, 80% reject the “to be rich is bad” slogan frequently repeated by Hugo Chavez, who, of course, does not live the life of a pauper.

Hinterlaces found that 35% of Venezuelans consider the country on a positive course, with 65% believing Hugo Chavez should step aside in favor of another leader.

The figures clearly show the president’s prodigious propaganda efforts have not succeeded. They also show a significant turning away from the leadership and policies of Hugo Chavez.

Carlos Ocariz, one of three opposition mayors among metropolitan Caracas’ seven municipalities, believes the tide has turned strongly against the president.

“My municipality of Sucre includes Petare, the first or second largest barrio in Latin America. We won election in 2008 competing against Hugo Chavez and his hand-picked candidate,” he said. “And we can win nationally because the people are with us.”

Ocariz knows whereof he speaks. He has an 82% approval rating after just 18 months in office, by improving education and health facilities, walking the streets regularly and running an open and honest administration.

“The opposition can win,” he said. “We need to focus on those who are really hurting, the people living in the barrios and in rural areas. If we do, we can win because they know Hugo Chavez has failed to deliver. The people want change. We can’t win by focusing on the small percentage of upper-middle-class and wealthy people living in the best neighborhoods of Caracas and Maracaibo.”

Mayor Ocariz, who should be on anybody’s short list as a possible leader of the opposition, makes sense on the surface. Months of effort have resulted in the Mesa de la Unidad Democratica [Democratic Unity Roundtable] movement assembling a single list of opposition candidates for September’s National Assembly elections, which should give the opposition 40-55 of 163 seats in Venezuela’s legislative chamber.

However, the opposition remains alarmingly disorganized and fractious, particularly owing to there being far too many old-line party politicians scrambling for their individual scraps of power and recognition. When opposition leaders attempted to establish a unified platform, it took more than two months and an unwieldy 100 clauses to create a document that all candidates could—at least nominally—sign.

Dissatisfaction with President Chavez and his regime is so great some informed observers believe the opposition could gain a majority. Although a very long shot, given the probability of polling fraud, two more hurdles remain: who leads the opposition and will the rest of the members follow?

As of now, no one has emerged to the head of the anti-Chavez opposition, and even if a leader does appear in the coming weeks, it remains questionable that a group consisting of the broadest imaginable range of ideologies and not a few recycled but corrupt old party hacks actually function in something approaching unity.

Finally, there is no exaggerating the ends to which Hugo Chavez will go to win. An entirely plausible scenario is that he cancels the September 26 elections for purported “national security” reasons. Alternatively, he could simply annul the election results, in the event they are held and Chavez does not like the outcome.

In either case, Venezuela’s despot in chief could well do as he has threatened: Decree that the country will be guided by Consejos Comunales [Community Councils], appointed by and beholden to … Hugo Chavez.

This, of course, does not mean Venezuelans should cease from vigorously contesting the September elections. Nothing would damage Hugo Chavez more, at home and abroad, than a resounding defeat, a defeat which would push him nearer to the country’s exit door.

The state of the Venezuelan nation, in short, is exceedingly grim, with an outlook that is far less than promising.  This is not good news for 27 million citizens and a region still struggling to build reliable democratic institutions. The principal reason is an out-of-control despot who has been privately termed insane by one of his most senior cabinet ministers.

Were Washington to take a tangible interest in the threat Hugo Chavez presents to his own people and to regional security, much could be done to isolate and eventually terminate his debilitating influence and madcap career. A common, mutually supportive anti-Chavez front, involving a solid majority of Western hemisphere governments is conceivable and achievable.

Resolving the Chavez issue for Venezuela and for regional stability cannot be realized by neglecting the problem or by wishing the caudillo from Caracas would simply disappear. Opposing Chavez, coupled with progressive isolation, should at the least be attempted for the sake of all concerned.

Obama: Slaves on the Government Plantation 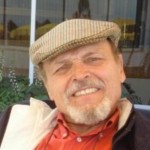