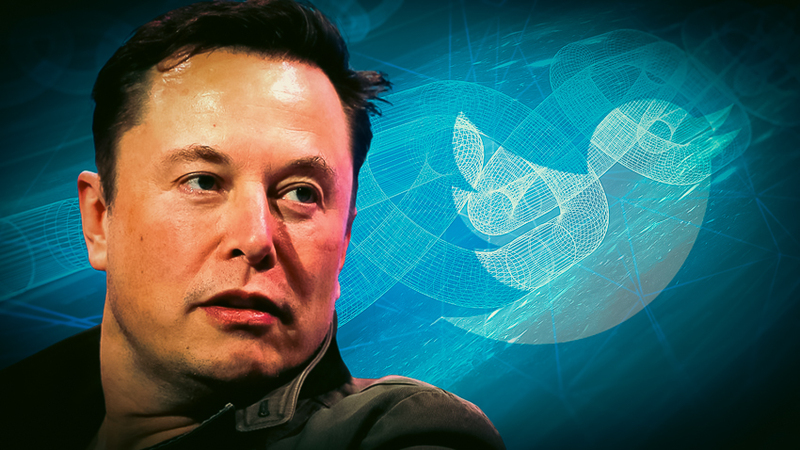 Social media networks censor, singling out conservatives. This was widely considered to be a right-wing conspiracy theory, until Elon Musk’s acquisition of Twitter, and subsequent Twitter Files expositions, revealed that it was actually 100% accurate. As welcome of a change as Musk’s takeover was, however, it wasn’t enough to solve the issue of social media censorship in any meaningful way. We need a decentralized social media solution to truly secure free speech for America’s future generations.

Over the course of numerous installments, the Twitter Files revealed a litany of abuses by the company, primarily against conservative voices. But two revelations in particular stood out as common themes. First, Twitter actively censored and decreased the reach of certain users and topics, particularly those of a conservative viewpoint. And second, US government agencies directly pushed for these outcomes. Federal agencies had special access and direct lines to Twitter personnel, and several high-up employees, including the company’s former deputy general counsel, were former FBI employees with security clearances. This means that not only was Twitter involved with censorship, but this was not purely a coincidence of the political inclinations of leadership. Because of the strong hand of the government, this outcome was almost inevitable.

While the Twitter Files did reveal a lot of partisan corruption and direct government interference, they also showed that moderating a massive global communication network is extremely difficult and almost impossible to do right. Imagine having to hire a team to oversee literally every single communication engaged in by the potentially billions of users for the platform, from every tweet to every direct message, across a broad spectrum of cultures and native languages. Imagine having to determine, among endless cases, which comments are considered free political speech and which ones trend into danger and abuse, and judging these with complete fairness and without any hint of political bias. And then imagine somehow ensuring that this perfect balance is struck by literally every employee charged with this task in the entire company across several generations of turnover. Even when done well, it’s a very fragile and temporary success which is lost if a new crop of leadership and moderators take control. Power corrupts, and absolute power over the free speech of the planet corrupts absolutely.

With a centralized solution, the stakes are too high. A large and successful enough platform will end up simply wielding too much power and influence, run by people absolutely unequipped for the task, where the chance of making a critical mistake is an almost statistical certainty over a long enough period of time. You need to manage communications from world leaders, state propaganda actors, criminals and traffickers, and you may even need a coutner-terrorism effort (as Facebook does). A simple tech company evolves into a powerful global entity responsible for governing more people more directly than the vast majority of nation-states. A company that evolved from a simple fun app to let people post their cat pictures more efficiently.

The best (I would argue only) solution to this conundrum is to switch from using a centrally-controlled social media company to using social media based on decentralized information protocols. Right now, most social media companies run the entirety of the infrastructure powering their product. They’re solely responsible for its maintenance, and they have complete and total control over the information it allows to be disseminated, who gets to use it, and so on. With a decentralized protocol-based system, any number of people can run pieces of the information network, and any number of people can use it, all without needing the permission of anyone else to participate. That means that as long as someone somewhere is running part of the infrastructure, then the whole network is up and running. If node operators in Argentina are ordered to shut down by their government, but someone in Denmark is still running nodes, then the entire network still works and can be used by anyone. Also, anyone can use it to post whatever they want, and no one can stop them. Since that would result in way more content being produced than the average user would ever want to see, front-end websites and apps can be built that simply filter what’s displayed to the end user, for example, hide all posts in a non-English language.

The benefit of this solution is that interfaces get to essentially curate the content to their audience’s liking without having to deal with actually deleting/censoring posts. A Twitter of the future can make sure its users have the best experience possible without the responsibility of permanently managing data, digital identities, etc. A decentralized social network wouldn’t have to grapple with the decision to censor a Hunter Biden laptop story, as they would have no ability to do so to begin with.

However, an interface catering to a left-leaning audience could simply not display such a story without having the ability to actually remove it. And, of course, the ease of switching interfaces means that over-judicious filtering is easily avoided. Angry that your interface censored a critical story? Just log into a different one that doesn’t, and you get to keep all your data, your posts, your friends and followers, see and interact with the same users and posts, and so on. No need to start over from zero like with today’s popular networks.

There’s already a Twitter competitor that gets a lot of these things right, but still has some major drawbacks. It’s called Mastodon, a federated and open-source social network where America’s liberals have largely fled to after Musk’s Twitter takeover. Notice that word: federated. This means that the network is made up of a collection of independently run servers known as “instances” that can communicate with each other, but where no one server controls how the network works. The difference between Mastodon and a truly decentralized network, however, is that each Mastodon server has total control over its users and their data. Unlike in a decentralized solution where if you get blocked by a front-end you can simply plug into a new one, with Mastodon an instance can delete your whole account and all your data, something that has already happened in a few high-profile cases. This is a slight improvement over having to start fresh with an entirely new social network since you can interact with people who don’t use your specific instance, but it’s still not nearly good enough.

A truly decentralized approach to social media is dangerous for those who rely on controlling communication platforms like Twitter. This may have factored into the US Securities and Exchange Commission’s decision to sue LBRY over a weak accusation of selling illegal securities. LBRY Inc. operated just such a decentralized information network, with its most popular interface Odysee working as a free speech YouTube competitor. As a result of this lawsuit, the LBRY company will likely be forced out of business, leaving the protocol without a team tasked with continuing to build it. Considering how small of a company with such above-board a mission and operations it had, it’s not far-fetched to conclude that LBRY being targeted was deliberate.

The Twitter Files, while a welcome first step in addressing the problems of online censorship, only outlined the problem. The solution is to use systems tha no one can control. It’s not enough for censorship to become taboo. It must become a technical impossibility.
elon twitter blockchain