Posobiec and Noor Bin Ladin Reveal How the WEF is a 'Mass-Scale, Social Engineering Project' 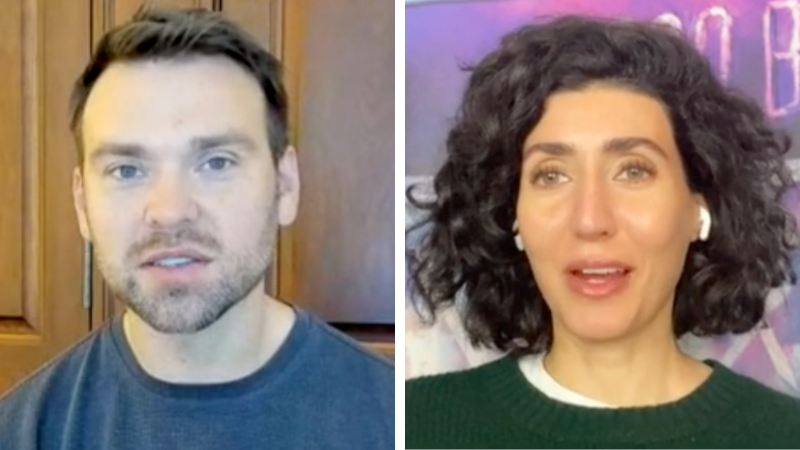 jack noor
The World Economic Forum (WEF) finished up its Annual Meeting this week in Davos, Switzerland, and the theme of this year's meet-up between global heads of state, business leaders, bankers, and "lizard people" was the necessity of collaboration between private and public enterprise to stave off the "climate crisis," push equity, and generally control global populations and bend them to the will of these elites.

Internationally renowned journalist Noor Bin Ladin joined Human Events Daily's Jack Posobiec to break down the significance of the meeting, what was said by those who seek global compliance to their agenda, the narrative those in Davos are trying to spin, and the myriad red flags that all those who value their agenda show.

In the first segment, titled "Where do we stand with the WEF agenda?" Bin Ladin highlighted how the powers that be work hand in hand with the help of the media and information networks to "push towards the implementation of a one world government," said Bin Ladin, who called Davos a "giant press conference that is the controlled reveal of their plans." Bin Ladin said that in the past three years, the urgency and acceleration of WEF's plans have been increased, via new treaties and new regulations that are "meant to supersede national laws" due to their desire to have international order that would "render the nation-state obsolete."

Organizations push for a genderless society, an orderless society, and a cashless society that works on a digital backbone, and those who step out of line and disagree with their agenda are mocked and demonized by the media. Posobiec asked Bin Ladin why opponents of the WEF's agenda are treated this way, to which she said that the globalist infrastructure architecture is "geared towards crushing descent or anyone who dares to veer off the script."

"All of these entities that I mentioned that form part of the globalist infrastructure architecture, are all geared towards crushing any form of dissent, or anyone who dares veer off the script basically, and show any form of individual individuality but much more than that show any form of rebellion and of will to maintain tradition, traditional life, traditional values, which is exactly what they're trying to crush and have been for years.

This is such a mass-scale, social engineering project whereby we have reached such a level of degeneracy. And again, this went through the capture of so many of our institutions, education, media, entertainment, sports, which you know, is linked to entertainment, but all of these different vectors of society have been poisoned with this propaganda and so, I think one of the most historic times that we got to live through... was candidate Trump announcing that he was running for president in 2015. And you just saw the power of that machine at play and that was so telling in terms of the point that we had reached in the capture of our society, in essence," said Bin Ladin.

Individuality, she says, is the enemy of globalism, along with a desire to stick to tradition or traditional values. "This is a mass-scale social engineering project," she said, saying that society has been poisoned by propaganda. Bin Ladin points to how well the machine worked against Donald Trump after his declaration that he would run for president, and how well his reputation was attacked.

Posobiec pointed to how he has been all around the world, from Mexico to Hungary, and has noticed that all nations around the world are facing the same threats from Davos, Geneva, and other nodes of the globalist machine. "They keep in nebulous and hard to pin down," said Posobiec, asking Bin Ladin what her opinion was on if things could be turned around, to which she said she had absolute faith in God and humanity to shift the currents.  "They cannot quell the human spirit and what makes us human," she said, but warned of transhumanism and depopulation in what she calls a "eugenicist plan."