US General Wants Cuba, Venezuela to Send Russian Weapons to Ukraine in Exchange for US Weapons 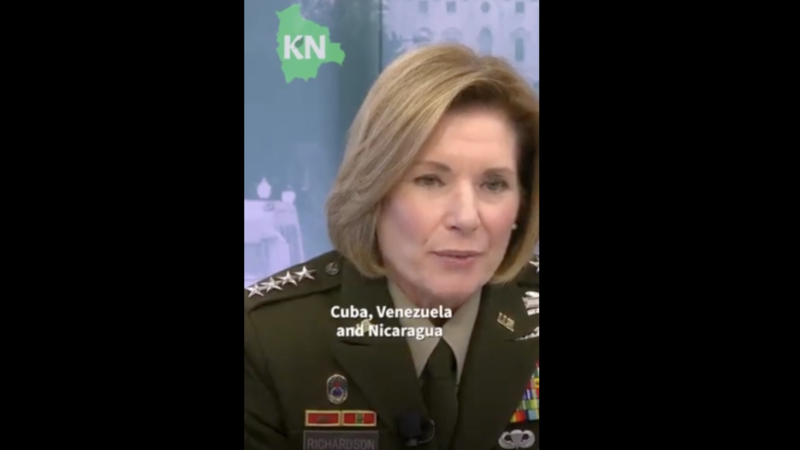 general
US Army General Laura Richardson told the press via a virtual conference that the United States wants nine countries in Central America, South America and the Caribbean to "donate" their Russian military equipment to Ukraine. In exchange, the US would provide them with new US-made military equipment. These countries include Cuba, Venezuela and Nicaragua.

Richardson made the comments at the Atlantic Council on Thursday.

"If I talk to my number two adversary in the region, Russia, I mean, I've got of course the countries Cuba, Venezuela and Nicaragua with Russia relationships," Richardson said.

“As a matter of protocol, we are not going to discuss details about the defense resources of sovereign nations or speculate about any support to Ukraine they have not already announced,” SOUTHCOM spokesperson Jose Ruiz said in response to a query by VOA on Friday.

“Insofar as offering our defense partners opportunities to purchase or receive U.S. defense equipment, we offer what we consider to be a better alternative. U.S. defense equipment is superior in both its proven reliability and the level of sustainment support it receives during its operational life” Ruiz added.

Argentina, Colombia, Ecuador, Mexico and Peru all have versions of the Russian Mi-17 transport helicopter sought after by Ukraine.

“The United States would probably have to offer the correct incentives for these countries to transfer their weapons, be it cash, some sort of security arrangements or promises to backfill with weapons” Reseach analyst Ryan Brobst told VOA. “This is an opportunity for the United States to peel away these countries from reliance on Russian weapon systems.”