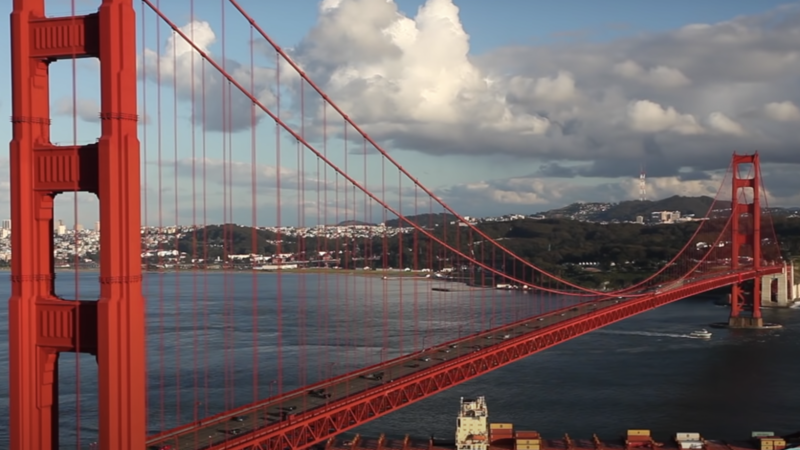 Golden Gate
San Francisco's 'Reparations Committee' has drafted a proposal to hand out $5 million to each Black long-term resident and forgive all their debt as compensation for the years of supposed systematic oppression experienced by the city's Black community since its foundation.

The committee, known as the San Francisco African American Reparations Advisory Committee, released a draft report on Monday seeking "to address the public policies explicitly created to subjugate Black people in San Francisco by upholding and expanding the intent and legacy of chattel slavery," even though California was never a slave state.

"While neither San Francisco, nor California, formally adopted the institution of chattel slavery, the tenets of segregation, white supremacy and systematic repression and exclusion of Black people were codified through legal and extralegal actions, social codes, and judicial enforcement," the draft states.

The proposal makes a range of financial suggestions for Black San Francisco citizens, including a staggering one-time payment of $5 million to each qualified individual, a policy that would almost certainly bankrupt the city.

"A lump sum payment would compensate the affected population for the decades of harms that they have experienced and will redress the economic and opportunity losses that Black San Franciscans have endured, collectively, as the result of both intentional decisions and unintended harms perpetuated by City policy," the draft states.

To be eligible for the program, the applicant must be 18 years old and have merely "identified" as Black or African American on public documents for at least 10 years. Applications must also have been born in San Francisco between 1940 and 1996 and have proof of residency in San Francisco for at least 13 years," and/or a "direct descendant of someone, incarcerated by the failed War on Drugs."

"Racial disparities across all metrics have led to a significant racial wealth gap in the City of San Francisco," the draft argues. "By elevating income to match AMI, Black people can better afford housing and achieve a better quality of life."

The committee submitted the draft proposal to the San Francisco Board of Supervisors last month and have yet to receive a response. However, the Board of Supervisors President Aaron Peskin told the San Francisco Chronicle he hopes the plan is approved. "There are so many efforts that result in incredible reports that just end up gathering dust on a shelf," Peskin said. "We cannot let this be one of them."
Golden Gate