WEBB: Instead of Vilifying Republican Holdouts, We Should be Listening 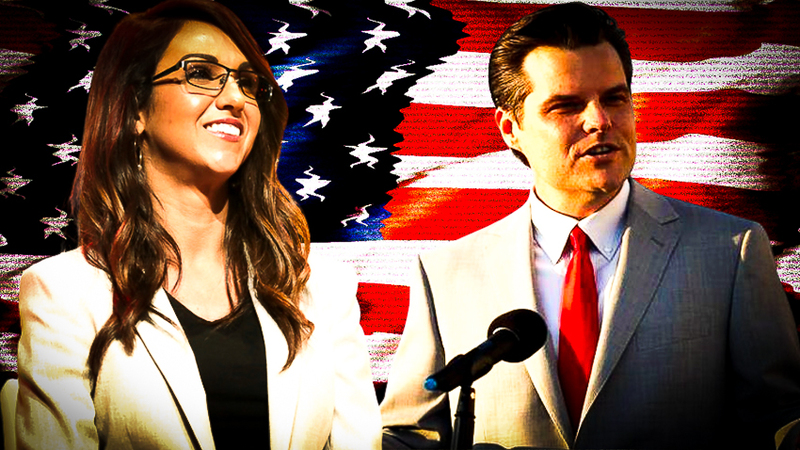 holdouts
As this is being written, Kevin McCarthy has just been handed his seventh loss in an attempt to be named Speaker of the House. By the time this is published, McCarthy may either be Speaker, have lost for the eighth time, or have had someone new arise in his stead to claim the mantel. Regardless of the outcome, there are points that need to be made that have arisen from, and will survive beyond, the process.

There has been loud criticism by pundits in the media, including conservatives, of the 20 Republican holdouts (dissidents) who have refused to yield in their opposition to the California Congressman’s bid to become Speaker. While the lack of a first-round selection of a Speaker is not a historical anomaly, this one is made unique because of the moment in time in which it is happening. This one reflects the broader division in the nation as a whole, and it further draws attention to what it really means to be a “conservative” in today’s America.

Former President Donald Trump has weighed in on this by calling on Republicans to “Close the deal and take the victory.” That calls into question something quite fundamental: What does victory actually look like?

It seems to me that not enough time is being spent seriously examining what these 20 Republican holdouts are seeking and why they are making a stand against so many of their fellow party members. Democrats are having fun making a big deal out of Republican infighting, and many Republicans are urging the 20 to abandon their protests and just get along. As someone who has had the privilege of running a pretty good size company, I know that it is difficult for a minority inside an organization of any type to stand against prevailing winds and insist to the boss (in this case, the American people) that a mistake is being made.

Over the years, whenever a dedicated and talented group of employees inside my organization have made such an inconvenient stand, I learned it was a good idea to pay attention to what they were saying.

Texas House member, Republican Chip Roy, said in an interview earlier this week that there are real concerns about McCarthy’s willingness to take strong action with regard to committee leadership and membership, addressing the border crisis, and focusing on debt. He also mentioned the need to agree to certain rule changes, one of which would be to allow rank-and-file members to debate and vote on bills.

I’m also struck by the fact that the 20 dissenting members are being criticized for standing against over 200. I haven’t heard much criticism over a single man (McCarthy) standing against 20. At some point, in what is being termed a damaging and embarrassing process, is it not possible that one should step aside for the good of his party?

In the most recent vote, Florida Congressman Byron Donalds received 19 votes, and Matt Gaetz, also of Florida, cast one for Donald Trump (yes, the former President could legally become Speaker as an outsider). While the Trump vote is a little odd given his current declared run for the presidency, perhaps Congressman Donalds is an acceptable substitute. At a minimum, out of 222 possible Republican choices, there must be more than one individual capable of filling this role.

The 20 who are holding out seem to be standing on the kinds of principles that have moved to the forefront since the 2016 election, and then-candidate Trump, made them popular. That makes his endorsement of McCarthy a bit curious, but it also brings to light the possibility that perhaps not all of the Republicans in Congress are on board, or in touch, with the agenda and the wishes of their constituents.

A poll by Trafalgar Group shows that 73.4 percent of Republicans think there should be new leadership in Congress after the midterm elections. You could argue that is not a McCarthy-specific poll, but McCarthy was the ranking House Republican prior to the midterms, so I think it is reasonable to infer a significant number of people are not excited to have him take the reigns as speaker.

Establishment members are complaining about 20 against over 200. I just mentioned one against 20. What about 200 against 70 million or so?

What President Trump introduced into the political elixir with his four years in office was a new sort of populist agenda that has us placing US interests at the forefront of international affairs and the interests of US companies and US workers ahead of those in other countries. That more nation-centered policy approach was in response to widespread globalist initiatives that many Americans felt were leaving them left holding an empty bag. So far, based on what I can learn about the 20 members who are holding out, they are simply trying to embrace that populist agenda, an agenda that led President Trump to receive a record number of votes in the 2020 election.

On Wednesday night, Colorado Congresswoman Lauren Boebert was a guest on Sean Hannity’s Fox News show. Boebert is one of the 20, and she had publicly called upon President Trump to withdraw his nomination of McCarthy for Speaker. Hannity has received both criticism (from those offended by his openly aggressive and hostile treatment of Boebert) and praise (from those who agree with the “elect him and get on with it” school of thought). I watched the interview, and here is what I think: I think that it is time in the country to take a look at making serious changes. Serious changes require serious people making a stand, typically against the prevailing forces which they are trying to change. Vilifying these holdouts serves no constructive purpose. Listening to them and addressing their concerns openly and publicly seems far more prudent.

Perhaps the most recognized battle ever fought on American soil was the Alamo. It was a holdout of a few against the many that ultimately led to statehood for Texas in the aftermath. I am not equating the courage of brave patriot soldiers giving their lives with the votes of politicians in Washington. What I am doing is suggesting that sometimes making a stand of the few against the many ends up benefitting a greater “many” somewhere down the road.

Remember the 20! At least listen to them.