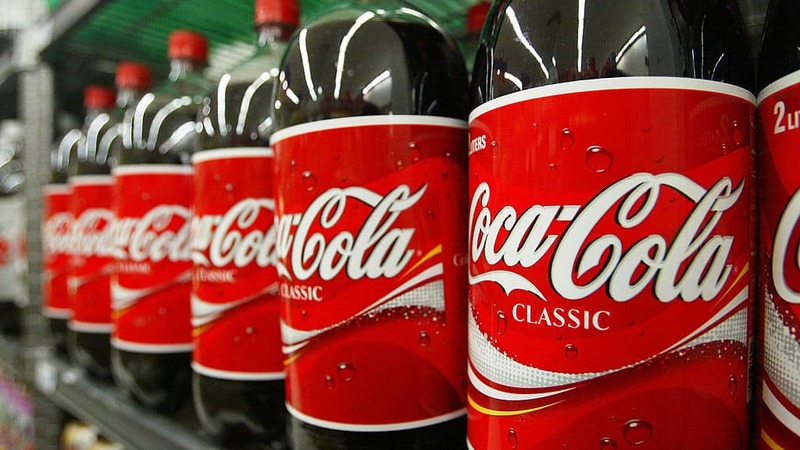 
TrueMedicine Care co-founder Calley Means published a thread to Twitter on Monday, where he broke down the grip that soda companies have over food regulation. Means claimed that his Twitter Blue access and his account is now under review, suggesting that this was due to Coca-Cola being a major advertiser for Twitter.

"Early in my career, I consulted for Coke to ensure sugar taxes failed and soda was included in food stamp funding," Means claimed.

"I say Coke's policies are evil because I saw inside the room. The first step in playbook was paying the NAACP + other civil rights groups to call opponents racist. Coke gave millions to the NAACP and the Hispanic Federation - both directly and through front groups like the American Beverage Association This picked up in 2011-2013 - when the Farm Bill and soda taxes were under consideration."

Means included a screenshot from a Center for Science in the Public Interest (CSPI) report as written about in Nutrition Insight in March of 2013.

Both the NAACP and the Hispanic Federation "received grants from Coca-Cola, with the national NAACP receiving at least $2.1 million from the soda giant since 1986, including $100,000 as recently as December. The Hispanic Federation also lists Coke as a donor, and in February 2012 its president, Lillian Rodriguez Lopez, left the nonprofit group to become director of Latin affairs at the company," Nutrition Insight wrote.

"The conversations inside these rooms was depressingly transactional: 'We (Coke) will give you money. You need to paint opponents of us as racist.' The effort was successful, and the message was carried in thousands of articles between 2011-2013," Means continued.

"Coke's position was clear: soda is one of the cheapest ways to get calories - a flagrantly inaccurate statement when factoring in the health consequences.

"Despite high rates of obesity in the populations they work for, groups with a long history of funding by the beverage industry are now fighting measures like New York City’s stalled soda ban," Means added, noting a 2013 article in the New York Times.

"I watched as the FDA funneled money to professors at leading universities - as well as think tanks on the left and right - to create studies showing soda taxes hurt the poor. They also paid for studies that say drinking soda DIDN'T cause obesity," Means claimed.

"Of course, not mentioned in these studies is the incontrovertible fact that sugary drinks are one of the top causes of obesity and diabetes - leading to harrowing statistics like this.


Means cited a recent report from CNN, in which a new study published in the American Diabetes Association journal Diabetes Care last month found that the number of people under the age of 20 with type 2 diabetes may skyrocket 675 percent by 2060 if current rents continue in the US.

"Soda companies are deeply embedded in the USDA - so much so that the agency carries discredited talking points like 'there are no bad food, only bad diets.'"

"This ignores fact that sugar is highly addictive and has negative nutritional value," Means continued.

"In the end: racial tensions flared, soda spending was kept in SNAP funding, and many of the soda taxes were defeated... Of course, this has been a disaster for low-income communities. Addictive, deadly sugary drinks should never be included in a government nutrition program. People saying that restricting soda from SNAP funding is 'paternalistic' or an 'assault on personal choice' are unwittingly doing the work of the soda companies."

"You can't have a free market if that market is rigged," Means concluded.

Means would then post that his Twitter account is under review and had his check suspended. "This is not the free speech ethos [Elon Musk], childhood obesity and diabetes is urgent issue. It is a simple question. Has Coca-Cola ever had a direct line to Twitter to suspend critics. Do they still?