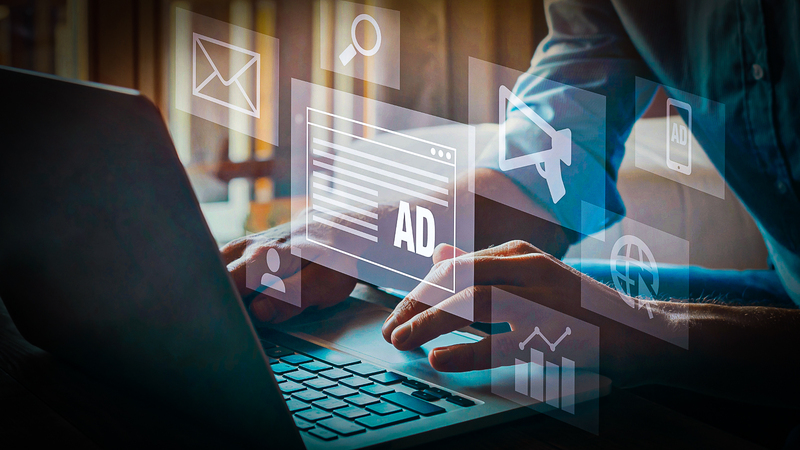 online ad
A while back to ease my back, I perused the internet looking for a small piece of office furniture, specifically, a tiny couch. In my search, I looked at new and used small couches, especially “vintage” ones (i.e., “free stuff” and “curbside finds”). It wasn’t long until it felt like the internet was searching me.

A plethora of ads for similar types of furniture streamed across my screen within sundry sites that bore no relation to décor of any kind. Initially, it was bemusing – such as when an article about Joe Biden’s delusional declaration of war on the Republican half of America was accompanied with an ad for a love seat. Soon, however, the ad deluge became annoying and downright creepy, as I began to feel I was being stalked by anyone with a couch for sale. Even after I acquired a moderately worn and modestly priced couch, the incessant ads continued. Apparently, our internet overlords were unaware I had made the purchase and, thus, had yet to be appeased.

My experience is obviously not unique. People searching for an item to purchase or even engaging in more personal encounters have witnessed a similar flood of plugs and pitches. Obviously, the Big Tech companies know how to target users on behalf of advertisers for tidy sums of money. And, just as obviously, the oft cited observation is true: within the Big Tech business model, their primary product is you.

Initially, while intermittently peeved, I was tempted to take Big Tech’s targeting of my searches lying down. After all, I now had a couch. Recumbent on said couch, I recognized how, as a supporter of free markets, I had no animus to the companies selling their furniture. Entrepreneurial initiative and the ability to adapt to changes in technology to improve the marketing of their wares is commendable. But it quickly occurred to me how what Big Tech was doing was entirely another matter, one that constituted a distinct threat to everyone’s free republic.

Big Tech holds monopolistic power. Look, if you can tell half the country to “go to Hell,” you’re way too big for your business britches. That’s why Big Tech feels no need to persuade, for they possess the coercive means to dictate how users will not only access cyberspace, but how they will interact in the real world. Knowing this, Leftists within the Biden administration continue to collude with Big Tech to eviscerate free speech and the freedom of conscience, perpetuate the cancel culture, and, ultimately, institute a Chinese Communist Party modeled “social credit system” within our nation. If Big Tech truly considered users as customers rather than as their product, and if the Left considered Americans as sovereign citizens rather than cogs in a collective, there could be no such collusion and, ergo, no existential threat to our liberty, equality, and sovereignty.

I leapt off the couch; cued up Bob Seger’s “Feel Like a Number”, and put fingers to keyboard:

There is no room within everyone’s free republic for a private empire of cyber-robber barons colluding with bureaucratic supremacists to destroy the rights of Americans. We are a free people not products; citizens not serfs.

It’s time for us to break up; and for your monopolistic power to be ended. And, no, the problem isn’t me.

None of Your Damn Business

Drained, I returned to my brand-new used couch, pondering where to post my Big Tech “Dear John” missive. I soon realized discretion was the better part of venom, and chose not to hit “send.”