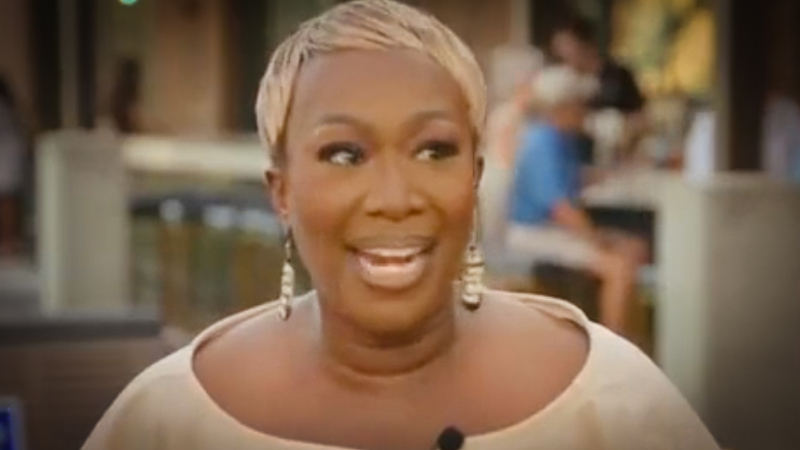 "The only people I ever heard here use the word inflation are journalists and economists. Right?" Reid rhetorically asked. "So that is not part of the normal lexicon of the way people talk. So it's interesting that Republicans are doing something they don't normally do, right? Which is not use the common tongue, right? Not use just common English."

As Marketplace reports, starting in the 1970s during one of America's worst instances of nationwide inflation, the word "inflation" was "ubiquitous" in everyday households. The term was so common it appeared in advertising products ranging from Bisquick to Walmart.

Under President Joe Biden inflation is at a record-breaking four-decade high.

Reid's comments are consistent with a history of rhetoric that is a mixture of unsophisticated race-baiting, lies, and demagoguery.

In the mid-to-late 2000s, Reid made a litany of anti-gay slurs in a series of blog posts that she later claimed she did not "believe" she wrote.

In 2020, Reid said America was a racist nation whether Trump won or lost in his reelection bid, but simply because he existed and claimed: " even though we intellectually understand where America is at its base, there is a great amount of racism, anti-blackness, anti-wokeness, this idea that political correctness is some sort of scheme to destroy white America."

In July 2021, she said that parents who rejected the racial essentialism of critical race theory were members of QAnon and were racists.

In September of 2021, Reid said it was wrong to search for a young white woman who was missing and later turned up dead and said that the media was racist

Also in September, she said that Americans who did not want the Covid vaccine were racist.

She has accused everyone from Florida Governor Ron DeSantis to Elon Musk as racist.