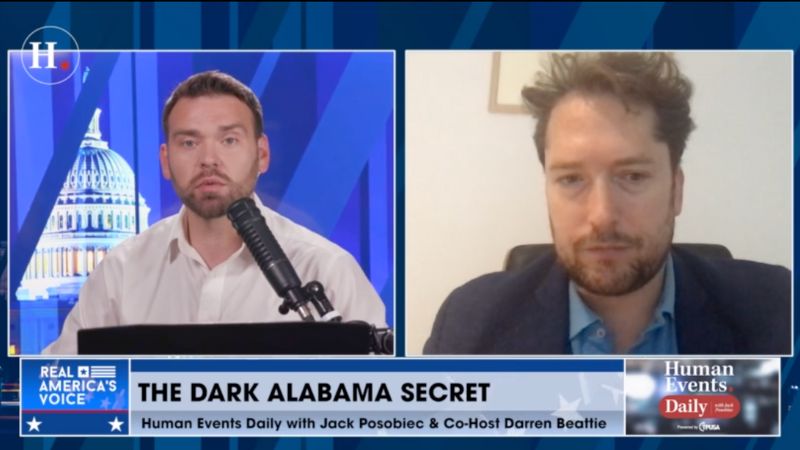 On Wednesday's episode of Human Events Daily, host Jack Posobiec spoke with Darren Beattie of Revolver News to discuss how a nefarious and nebulous group of individuals are working behind the scenes to censor speech in America. The pair explained that this group is fueled by elite colleges, and are part of a "disinformation architecture" akin to an archipelago.

Posobiec had noted that this group includes Renee DiResta, Kate Starbird, and others who serve on an advisory board to DHS working towards controlling speech on the internet.

Starbird and Diresta were involved in categorizing the Hunter Biden laptop as misinformation Posobiec noted.

Posobiec described this group as a "Disinformation Archipelago" and noted that it's also the group Elon Musk is meeting with to discuss free speech rules on Twitter.


This group, Beattie noted, takes speech that the regime doesn't like and categorizes it as "misinformation." That category attaches "social punishments" towards dissenters, incentivizing conformity along the way.

"Say someone's spreading disinformation," Beattie said, adding that such a person could be accused of "a national security violation" which would "marshal the full weight and power of the national security state to shut up anybody who questions them on election issues, on health issues such as COVID principally, and on January 6, on immigration, it's the whole gamut."

Beattie then described the "Election Integrity Partnership," which is backed by the Berkman Kline Center at Harvard and is one of many college-driven initiatives that serves as censorship laboratories where members of elite institutions determine the acceptable speech for society writ large. DiResta works for one of these groups at Stanford.

"She's in the same constellation as Nina Jankowicz," Beattie stated, "not quite as charming and not as ridiculous frankly, but arguably more sinister."

Jankowicz was poised to be the head of Biden's disinformation board before the project was canceled due to free speech activists led by Posobiec.

Beattie and Revolver News were on a list that DiResta helped generate that named groups that she wished to censor in 2020 but Beattie noted that DiResta was the one who had a dark secret.

The company, now called Yonder, was supposed to be assisting the Senate Select Committee in the Russia hoax investigation of 2016 but instead "were caught red-handed."

Beattie explained that they created "Russian accounts, and then directed those fake Russian accounts to support GOP candidates so that they can then go and say, look at all of these GOP people being supported by the Russians, 'we need more funding to fight the problem of Russian influence and infiltration,' which was actually just a false flag on their part in the first place."

"It's really one of those things that you just can't make up" Beattie added in that New Knowledge, of which DiResta was a member based out of Alabama, was supposed to be investigating Russian misinformation but instead created Russia misinformation.