POSOBIEC and DR TAYLOR MARSHALL: Don't Believe the Occultist Lies– Halloween Was a Christian Holiday From the Start 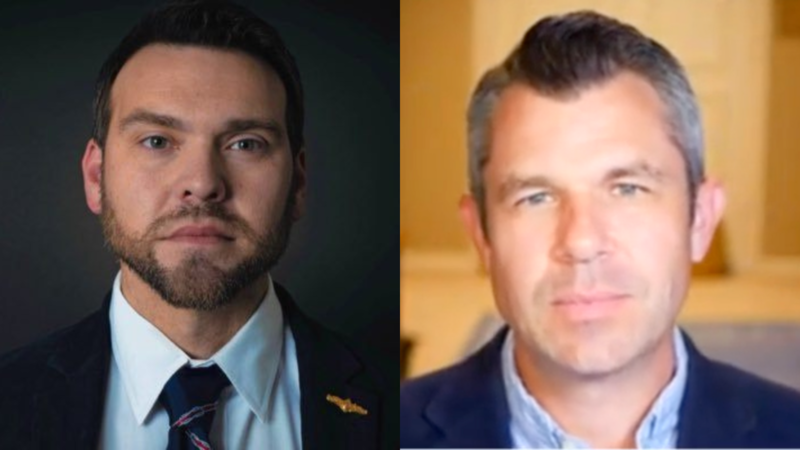 On a Sunday Special episode of Human Events Daily, host Jack Posobiec spoke with author and Catholic commentator Dr. Taylor Marshall to discuss the true origins of Halloween and how it was a Christian holiday in its inception.

Dr. Marshall told Posobiec that in early Christian tradition, "They know of a holy day of 'All Hallows' or 'All Saints' celebrating all the martyrs. Originally it was more of a spring harvest. It was after the festival of Pentecost, which is a Jewish feast that we Catholics received and continued to celebrate even this year. And it's really to remember all the saints."

Posobiec had asked about the common suggestion that Halloween has its roots in the Celtic pagan holiday known as Samhain. But Dr. Marshall refers back to the early fourth and fifth century writings of St. Ephrem and St. John Chrysostom who recorded the early celebrations of All Hallows or All Saints and considered it a holy day.


Dr. Marshall explained how "Halloween" is short for "Hallow Evening" or the evening before Hallows Day, November 1, which was a day to recognize and celebrate all the saints who had been martyred.

Dr. Marshall  talked about the meaning of the word hallowed by noting the Lord's prayer, "Well, if you say the Lord's Prayer, 'Our Father who art in heaven, hallowed be thy name,' it's right there."

Dr. Marshall said that holy and saint are synonymous as holy's Old English root, "hallow", and the Latin origin of "saint" are interchangeable. The origins of Halloween date back to the celebrations of holy people who were martyred in the days of the Roman Empire, as martyrdom was extremely common in the 300s and 400s.

Posobiec asked Dr. Marshall about how these dates and these holidays such as Halloween that were originally associated with uniquely Christian celebrations came to be recognized in pagan traditions.

"Every thing that's holy and sacred to God, the devil wants to attack," Dr. Marshall said. And occultists serve as agents of the devil working to capture and debase these holy days."


He then noted how Christmas, a celebration of the birth of Jesus, became overwrought with "materialism" and "indulgence."

"That's just the devil attacking a holy day. Same thing with Easter. Easter is the resurrection of Jesus. The devil wants to thwart that," he added.

Later the two men talked about how Easter had been twisted through Easter eggs, something many associate with paganism.

Dr. Marshall explained how in the Middle Ages, it was tradition to give up meat and eggs for lent. "It was part of the fasting, it was penance," he said. "And then on Easter Sunday, you got to eat an egg."


Posobiec and Dr. Marshall aggeed that as the devil seeks to thwart and capture holidays, Christians should reclaim them.