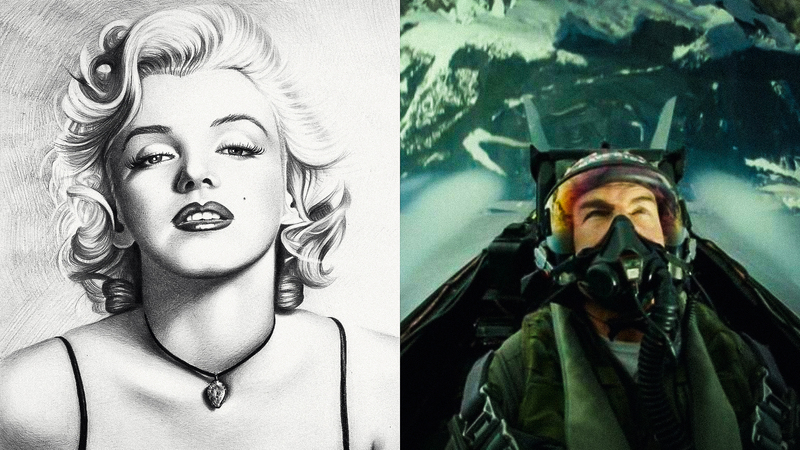 You read that correctly, dear Human Events readers! While Pop Culture Warriors is typically critical of Hollywood, it’s important to highlight when they get it right.

The biggest entertainment story of the summer was the success of Top Gun: Maverick. Variety reported in early September, “In theatrical release, ‘Top Gun: Maverick’ has grossed more than $1.4 billion at the global box office and $692 million domestically after 14 weeks in cinemas. It currently stands as the No. 6 highest-grossing film in domestic box-office history and the No. 1 film of 2022. “Maverick” also the highest-grossing film of Cruise’s career.”

Top Gun: Maverick was nostalgic and emphasized the need to speed away from woke entertainment. The opposite of “woke” isn’t a conservative movie that serves platitudes from another perspective but putting good storytelling above agenda. The audience will make a connection with the truth if the storytelling is compelling and entertaining. America’s reaction is best summed up by former model Adrienne Curry who tweeted, “Finally watching the new Top Gun. Holy hell, a NON-woke movie where men are men. Women are badass without trying to be men…I LOVE this.”


While most new movies and TV shows are worse than woke – not entertaining – in today’s Human Events column I highlight some other popular, big-budget blockbusters that are worth your time. Like animals, Hollywood responds to positive reinforcement. We may loathe the business, but there’s a reason the horrid female Ghostbusters was not part of the latest film that returned back to Ghostbusters canon. The female Ghostbusters was relegated to dream season of Dallas status, never to be spoken of again.

Speaking of 1980s throwbacks, no show has done it better than Cobra Kai on Netflix. Season five was recently released and in addition to being non-woke, it’s entertaining and chockfull of callbacks to the original movies and music of the era. The series brings The Karate Kid’s Johnny and Daniel back as adults. On the off chance you haven’t seen any episodes of the TV show, I don’t want to expand on any other characters in the series and spoil the enjoyment for you. You root for Johnny and the last episode of season five can only be described as the most pro-life message in mainstream entertainment right now, save one other discussed below. Also, seeing Johnny deal with Gen Z warms this Gen Xer’s heart.

Which brings me to Reacher on Amazon Prime. One of the more satisfying aspects of Reacher is knowing that Alan Ritchson, an anti-gun, pro-abortion actor, must memorize Reacher’s lines. Adapted from the popular Lee Child’s series, Reacher is the typical scary, good guy with a heart of gold and body of a Roman god. He’s a misunderstood “bad guy” and the non-corrupt cops now need his help.

Time after time, the show illustrates one truth many outside of Hollywood know – guns are the great equalizer. Women are given guns to protect themselves when Reacher can’t, and the town’s police can’t be trusted to protect them. There is also a poignant scene in which Reacher reminds those investigating a woman’s murder that there were two murders – the mother and the child she was carrying.

When juxtaposed, the leftist ramblings of Ritchson and the character of Jack Reacher are also a reminder that most actors are just not very smart. Don’t deprive yourself of good entertainment just because of an actor’s personal views.

Like Reacher, The Terminal List is a dose of vigilante justice with a healthy helping of distrust for the deep state. Chris Pratt plays the lead role of James Reece, who goes down a deep state rabbit hole while investigating a covert mission that got his entire platoon killed. Sebastian Gorka describes it as “toxic, the masculinity just oozes out of every pore.”

As crime increases in cities across the country, it’s no surprise to see people root for vigilantes as bureaucrats tell the military and police to stand down.

My final pick is a movie I haven’t seen, but Planned Parenthood is mad at it and that’s good enough for me. Planned Parenthood official Caren Spruch told The Hollywood Reporter that the creators of Blonde “contribute to anti-abortion propaganda and stigmatize people’s health care decisions instead.”

Blonde shows Marilyn Monroe having two abortions at the behest of studio bigwigs. In one scene, the CGI-made baby asks Marilyn, “You won’t hurt me this time, will you?”

Planned Parenthood’s Spruch took issue with the “fetus depicted to look like a fully formed baby” and said, “Planned Parenthood respects artistic license and freedom. However, false images only serve to reinforce misinformation and perpetuate stigma around sexual and reproductive health care.”

Supporting non-woke movies and TV shows sends a valuable message to Hollywood – the non-woke has money to spend and we’ll do so in droves if you make something worth spending it on. Streaming services and dollars in hand, we’re all pop culture warriors.