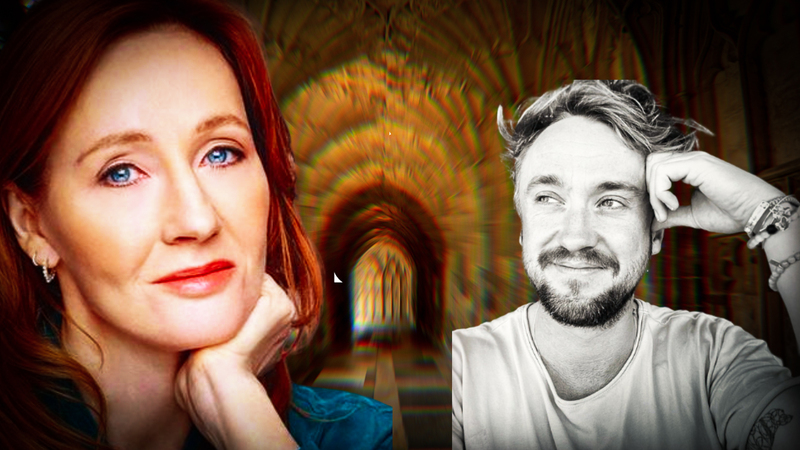 Harry Potter star Tom Felton is facing the wrath of trans rights activists after he publicly praised JK Rowling for “bringing joy to so many different generations,” the Daily Mail reports.

Felton, who played Draco Malfoy in the Harry Potter films, told Radio 4: 'I can't speak for what other individuals have said. I am constantly reminded that the Potter-verse, certainly when we were finishing the films, there was an expectation that the fandom would be dwindling slowly over the years, whereas most fans that say hello to me, shout 'Potter' or 'Draco' at me weren't even born when the books were being made.”

“I am quick to remind myself and others that Potter for some reason has brought more people together across the world and more generations than probably anything else has in the past 20 years and I'm quick to celebrate that,” he went on. “It came from one person and that's her so I'm very grateful.”

The response from trans activists has been predictable, with one calling Felton a “crawling little snake.”

JK Rowling has of course endured far worse abuse since she first spoke out defending women’s rights in December of 2019 when she famously tweeted in support of Maya Forstater, a tax consultant who had been fired for tweeting facts about biological sex.

But it wasn’t until June 2020 that Felton’s co-stars Emma Watson, Daniel Radcliffe, and Rupert Grint turned on the woman who was responsible for making their careers.

Following a tweet in which Rowling objected to women being referred to as “people who menstruate,” the three spoke out against her with Watson tweeting:

'I want my trans followers to know that I and so many other people around the world see you, respect you and love you for who you are.”

She then added her support for the now-disgraced children’s charity Mermaids, which is currently under investigation by The Charity Commission for giving children inaccurate medical advice, and sending chest compression devices in discreet packages to teenage girls without parental consent. The charity is also facing criticism for hiring an individual who has written about pedophile acceptance and spoken at a conference hosted by a group that advocates for pedophile rights.

Daniel Radcliffe also felt compelled to weigh in at the time of Rowling’s tweet, saying: “Transgender women are women. Any statement to the contrary erases the identity and dignity of transgender people and goes against all advice given by professional health care associations who have far more expertise on this subject matter than either Jo or I”

“To all the people who now feel that their experience of the books has been tarnished or diminished, I am deeply sorry for the pain these comments have caused you,” he continued in an open essay published by the Trevor Project.  “I really hope that you don’t entirely lose what was valuable in these stories to you.”

Felton now joins Robbie Coltraine, who played Hagrid, and Jason Issacs, who played Lucius Malfoy, as one of the rare few who have had the courage to stand by the world-renowned author who has been a tireless defender of women and children against what she believes to be the harm of the modern trans movement and who has contributed vast sums of her wealth to charity.