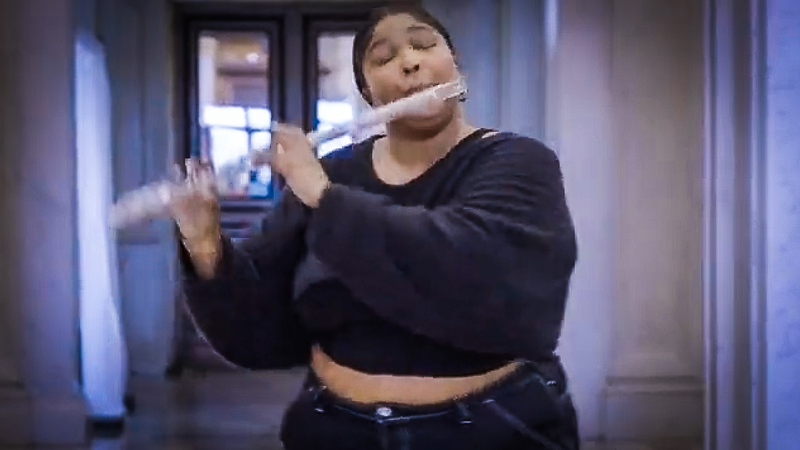 lizzo flute
This article was originally published at The Post Millennial, a part of the Human Events Media Group.
*****

Pop artist Lizzo has been invited to take a private tour of James Madison's Montpelier estate and give a performance after she played the former president's crystal flute last week.

According to TMZ, a representative from Madison's estate said Lizzo has an open invitation to take the tour and they are hoping she would perform in some capacity during her visit.

The invite comes after Lizzo, whose real name is Melissa Jefferson, played the 200 year old instrument last Tuesday at a concert in Washington DC's Capital One Arena.

During the moment on stage, she remarked, "I just twerked and played James Madison’s crystal flute from the 1800s!"

Fox News reports that before her concert, Lizzo had been invited by Librarian of Congress Carla Hayden to check out the library's flute collection. Lizzo agreed, saying, "I’m coming Carla! And I’m playin that crystal flute!"

The Library of Congress tweeted of Lizzo's visit.

"Hearing @lizzo play some of the Library's priceless antique instruments on Monday was such a gift, and we were honored and happy to help her share that gift with her concert audience Tuesday night. Here is some more behind-the-scenes footage of her Library tour. #LizzoAtLOC"

"Nobody has ever heard this famous crystal flute before. Now you have. I'm the first and only person to ever play this presidential 200-year-old crystal flute."

James Madison was the 4th President of the United States and his flute was made in honor of his second inauguration in 1813. His 2,650-acre estate, located in Montpelier, Virginia, serves as a center for constitutional education and museum of American history.

Lizzo has not accepted the gig and is currently on tour.
lizzo flute