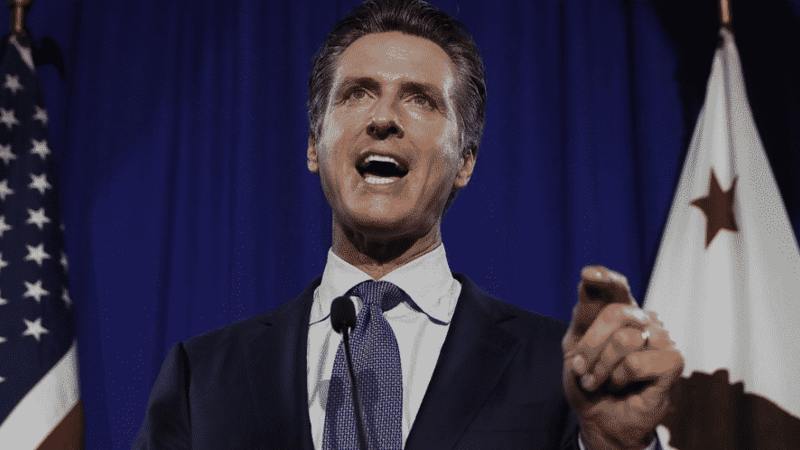 Gov. Newsom Signs Bill Making Abortions Cheaper in California by Human Events
This article was originally published at The Post Millennial, a part of the Human Events Media Group.
*****

On Thursday, California Governor Gavin Newsom signed into law a piece of legislation that will designate the state as a sanctuary for children and teens seeking medicalized gender transitions.

Newsom’s signature on the bill, SB 107, comes nearly a month after the California legislature passed State Senator Scott Wiener’s bill, which was introduced in 2021.

The bill allows families or individual minors who traveled to the state for the purpose of these medical procedures to be safe from out-of-state authorities acting on subpoenas, warrants, and child custody issues if the minor was brought into the state for procedures like surgical gender reassignments or the prescribing of cross-sex hormones.

The bill would also "prohibit law enforcement agencies from making, or intentionally participating in, the arrest of an individual pursuant to an out-of-state arrest warrant based on another state’s law against receiving or allowing a child to receive gender-affirming health care."

If a child comes into the state by themselves, the bill states that "A court of this state has temporary emergency jurisdiction if the child is present in this state and the child has been abandoned or it is necessary for an emergency to protect the child because the child, or a sibling or parent of the child, is subjected to, or threatened with, mistreatment or abuse, or because the child has been unable to obtain gender-affirming health care or gender-affirming mental health care."

In addition, the bill that the state will not honor or enforce "A law of another state that authorizes a state agency to remove a child from their parent or guardian based on the parent or guardian allowing their child to receive gender-affirming health care" if a case is pending in California courts.

According to the Los Angeles Times, Newsom commended the bill during its signing.

“In California, we believe in equality and acceptance. We believe that no one should be prosecuted or persecuted for getting the care they need — including gender-affirming care,” Newsom said. “Parents know what’s best for their kids, and they should be able to make decisions around the health of their children without fear. We must take a stand for parental choice.”
Gov. Newsom Signs Bill Making Abortions Cheaper in California by Human Events