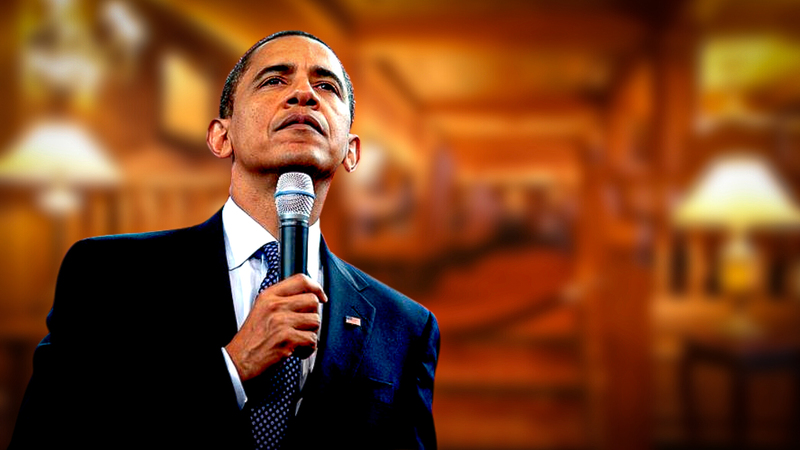 Former President Barack Obama's Secret Service SUV was seen in a handicapped parking space for two hours as he dined with his daughters at a pricey Los Angeles restaurant Saturday evening.

The large, unmarked vehicle was spotted backing into the parking space near the entrance of the trendy Hamasaku restaurant, where it remained for two hours until the former president exited the restaurant by himself after eating with his adult children, Sasha and Malia, reported the Daily Mail.

The dinner took place while Obama's wife, former First Lady Michelle, was in Seneca Falls, New York, being inducted to the National Women's Hall of Fame.

Upon his exit from the restaurant, Obama was seen waving goodbye to the staff and turning down their offers of free ice cream, before his secret service agents warned them to stand back as they left.

California’s state law has the minimum fine for parking in a disabled parking space at $250, with the maximum held at $500, according to SFGATE.com.

The former president should be able to afford a payment such an infraction, with the swanky restaurant for which he parked in a handicapped spot sells eight-piece sushi rolls for $50 and specialty rolls that go for more than $20 for each piece.