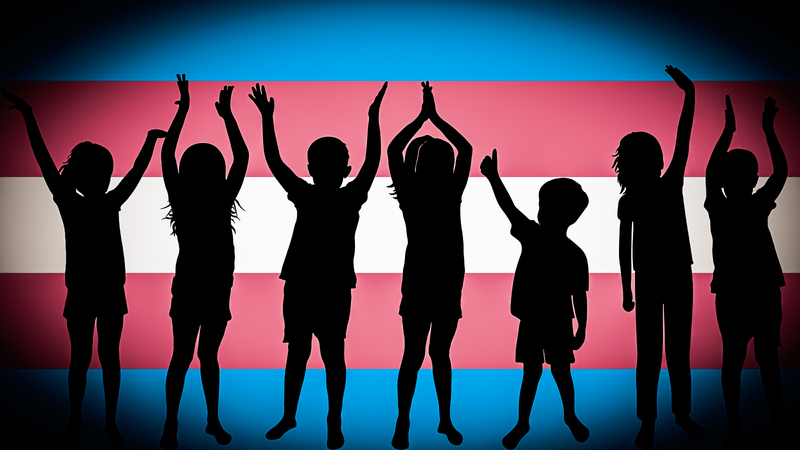 Transgender_Children
The World Professional Association for Transgender Health (WPATH) Released the 8th version of its Standards of Care (SOC) Manual for doctors Friday. The release coincides with the beginning of the 27th Scientific Symposium hosted By WPATH in Montreal Canada. The SOC Document has historically been used by medical professionals as guidance for how to treat Transexual patients, with gender dysphoria. Version 8 added chapters for Nonbinary, “Eunuchs,” and Intersex people. As well as created separate chapters for Children and Adolescents. Significant are the Changes made in regards to gender non-conforming (GNC) and dysphoric adolescents. The document removes any age-based criteria for medicalization, ignores warnings by top professionals about the use of puberty blockers, and opens the door for doctors to provide care without parental consent.

A draft copy of SOC 8 was leaked in August suggesting that the organization was set to lower the recommended ages for each procedure. The proposed changes in that document had hormone replacement therapy starting as young as 14, Chest Masculinization for females starting at 15, Breast Augmentation and Facial Surgery for males starting at 16, Vaginoplasty/Orchiectomy for males or Hysterectomy for females starting at 17, and Phalloplasty for Females at 18. Somewhere between that document being leaked and the final version, those changes to age recommendations were removed–not to remain the same as previous versions or to be more restrictive. Rather, to remove all age recommendations and leave the discretion to doctors.

In Chapter 6, the document states under the Adolescence Overview section that “changes associated with puberty progress… do not all begin and end at the same time for a given individual, nor do they occur at the same age for all persons. Therefore, the lower and upper borders of adolescence are imprecise and cannot be defined exclusively by age.”

The guidance states in section 6.12.g that there could be reasons to start Hormone Replacement Therapy prior to the age of 16 (The age recommended by previous guidance). Meaning that a child could be allowed to permanently alter his or her body even before the age of consent. Even Though there is limited data on what hormones will do to a child’s body. One example cited is that prolonged use of puberty blockers may cause “potential bone health concerns and the psychosocial implications of delaying puberty”

The Contradictions About Puberty Blockers

Back in May, a video surfaced of the President-Elect of WPATH, Dr. Marci Bowers, making a stunning admission about the irreversible effects of puberty blockers. She stated that in 100% of trans the people she performed a Vaginoplasty on, who effectively blocked puberty at Tanner 2, are not able to orgasm as an adult. Yet in Statement 12.1 WPATH maintains the lie that Puberty blockers are “fully reversible,” a statement that is contradicted multiple times throughout the rest of the document. For Example, they show concern about bone health. Statement 6.12.c specifically mentions the negative impacts puberty suppression has on brain development. Finally, in 12.10 it is mentioned that blockers will cause the penis to stay at “prepubertal size,” making surgery more complex and risky. Which is another issue Marci Bowers raised last fall in an article by Abigail Shrier. Puberty Blockers are not “fully reversible,” and this document makes that clear.

Throughout the entire document, there is a subtle admittance that WPATH does not have all the data, but is suggesting treatment anyway. In many instances, the authors state that there aren’t a lot of studies available, or they caveat with a potential flaw in the study they use as an example. They admit in 12.4 that the data they use for deeming puberty blockers safe, comes from research on kids with precocious puberty, and not on kids in key developmental years. Puberty Blockers are still marked as “off-label,” and there isn’t enough data to know the long-term effects on bone mass. They specifically state that data collection is “ongoing.” Even while they don’t have a grasp on how safe these treatments are, they deem them safe enough for children.

One of the smallest yet most consequential parts of this document is Chapter 6 Section 11. It states “We recommend when gender-affirming medical or surgical treatments are indicated for adolescents, health care professionals working with transgender and gender diverse adolescents involve parent(s)/guardian(s) in the assessment and treatment process, unless their involvement is determined to be harmful to the adolescent or not feasible.” This seems innocent enough until that last sentence, and until one looks into to the finer details of the section.

Much of this section talks about how engagement of parents in the diagnostic process is important, and that “family support is the primary predictor of youth well-being.” This plays into the manipulation we have seen from healthcare providers to parents. We have heard from multiple parents of detransitoners that they were basically told by teachers and health professionals that they had a choice between “a dead child or a trans child.” This is because of claims that studies have shown that the LGBT suicide rate can be reduced by 80% if parents are accepting. However, this was debunked by a study released in January by Eur Child Adolesc Psychiatry. Which concluded that among children with similar Child Behavior Checklist scores. Those who identify as trans, and get treatment, still have a much higher risk of suicide than those that do not identify as trans. This study was not included in the SOC.

The most significant part of this statement is “unless it is determined to be harmful to the adolescent or not feasible.” While the authors do list children in foster care or in the custody of Child Protective Services (CPS) as not feasible, we have already seen CPS get involved when parents do not support their child’s gender transition.

California's SB 107 Section 2, allows for courts to “assume temporary emergency jurisdiction” for a child who comes from another state for “gender-affirming” care. Laws all over the world are being enacted to take away parental rights, and deem it abuse if parents don’t affirm a child’s gender. Now legislators have the support of medical experts. The final statement in section 6.11 states “in some cases, parent(s)/ caregiver(s) may be too rejecting of their adolescent child and their child’s gender needs to be part of the clinical evaluation process. In these situations, youth may require the engagement of larger systems of advocacy and support to move forward with the necessary support and care.” The medical professionals are advocating for the government to step in, in those instances.

WPATH SOC 8 falls short in protecting kids. The authors are recommending care, while at the same time admitting that they don’t fully know the ramifications of their recommendations. At least in this version, they stated the studies they used and admitted the flaws. Unfortunately, with the removal of age limits and advocating for children to make the decisions, with or without their parents, they have left the door open for potential predation from unethical medical professionals.