US Government Scrambling to Dodge First Constitutional Challenge of Section 230 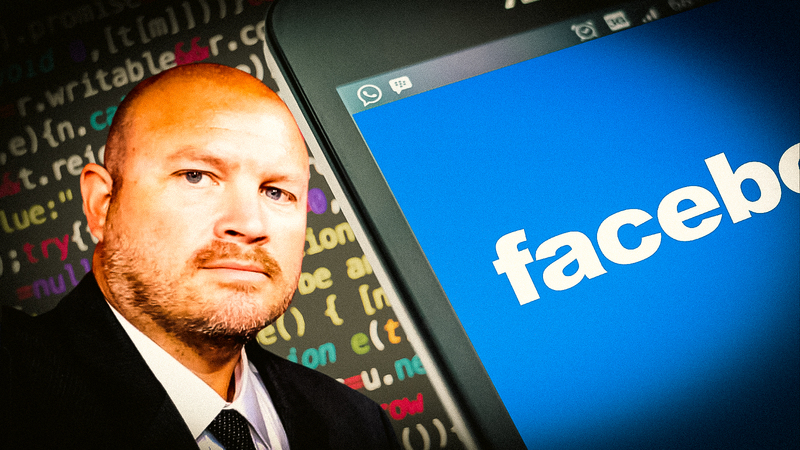 In April, Social Media Freedom Foundation founder Jason Fyk filed the first ever Constitutional challenge to Section 230, asserting that it “lacks the lawful exercise of executive, legislative, or judicial oversight, and is arguably unconstitutional in its current form.”

Now, 140 days and multiple bizarre delay tactics later (including both a claim about an administrative fluke and a last minute email simply asking Fyk to shorten his complaint because it was too verbose), the office has filled a Motion to Dismiss Fyk’s case.

The Motion to Dismiss, Fyk explains, suggests that Fyk’s complaint is invalid in that he is blaming the government for actions taken against him by a private tech company.

But Fyk already addressed those actions years ago, when he sued Facebook.

Now he is suing the government for the law that empowered Facebook to take the actions.

This slight, but very clear distinction, Fyk says, is what makes the case laid out in the Motion to Dismiss flat wrong.

The AG’s office also cited Rule 8(a)(2) of the Federal Rules of Civil Procedure, suggesting that the complaint qualified as a “Shotgun Pleading,” which is a one that is generally too long, purposely confusing, or verbose.

“The version we submitted is the short version,” Fyk told Human Events, maintaining that 230 is so fraught with convoluted faults and legal pitfalls, that every single word of his complaint was needed to make his case.

He suggests it is perhaps too long for the government’s liking “Because it is comprehensive and it doesn’t allow them any room to challenge it.”


As Fyk explained in a recent op-ed published by The Gateway Pundit, he believes he has “Discovered Section 230’s Achilles’ heel.” The only problem is, getting his day in court to prove it to be the case.

But the United States Government seems hell-bent on preventing Fyk from demonstrating the problems with the law– which has been the subject of criticism from both sides of the political aisle for years.

It is no secret that Section 230 is poorly written­. Just last week President Joe Biden called for its removal, albeit for different reasons than Fyk. It takes a uniquely problematic piece of legislation to earn the impassioned disapproval of both sides.

“Section 230 is state action (statutory agent authority) laundered through a private entity’s first amendment rights,” Fyk explains.
Fyk has been fighting against the unconstitutional application of 230 for the past six years. Although his first effort to sue Facebook to protect his own online rights was unsuccessful, a more recent case, Enigma v. Malwarebytes, provided new case law on the topic that energized his crusade against online oppression.

In Enigma v. Malwarebytes, the plaintiff made the case that “ The Good Samaritan provision of the Communications Decency Act, does not immunize, anti competitive, motivated blocking and screening.”

This, Fyk says was his entire original allegation against Facebook. And although his case was dismissed, the determination in Enigma v. Malwarebytes presented an irreconcilability.

“So we went right back to the courts. And we said no, this can't fly like this because the Good Samaritan provision overrides the whole thing. And this is where everything changes.”

Fyk reiterates that the key to understanding the problem with Section 230 is that it currently allows Big Tech companies “to voluntarily create, adjudicate and execute law.  Under the protection of government.”

“It’s that simple. And the government can’t give them that power Constitutionally. Because it infringes on everyone else’s’ rights.

“I think everyone knows something wasn’t right [about 230] but the question was how do we articulate the problem. That’s what we’ve spent the past six years working on, how to articulate the problem in a way that the courts would understand it and stop making the same mistakes they have in the past.”

On the day of the recent Supreme Court Ruling in the case of West Virginia v. Environmental Protection Agency, an ecstatic Fyk told Human Events that it was a “great day for America.”

Why? The court’s decision used “almost all of the same precedent, all the same cases” as Fyk has been citing in his efforts to fix Section 230.

“These are cases that have to do with agency action— whenever an agency is delegated regulatory authority, making the agency a representative of Congress,” Fyk told Human Events.

In the case of Virginia v. EPA, this meant that the EPA could not act as a representative of Congress by regulating carbon emissions at the state level.

Similarly, Fyk Explains “In the case of section 230, they gave the same powers as the FCC to a private agency, a tech company, who is entirely self-interested.”

“And that is exactly how they used it against me,” Fyk says. “ Facebook came in and said, Hey, look, we want to make more money on advertising. We're going to find your content ‘objectionable’. And we're going to wipe you out because we want to stick in what we’re paid to develop.”

“They're literally the content providers by definition, but of course courts won't recognize them that way. Right? fact checking, it's all content provision.”

In his Constitutional challenge, Fyk calls for 230 to be declared unconstitutional “because it deprives American citizens (through private commercial entities acting with federal government delegated authority) of their (a) liberties and property without due process, in violation of the Fifth Amendment; and (b) free speech rights, in violation of the First Amendment.”

Fyk maintains that this is unconstitutional application of 230 was not its original intent, but that bad precedent has left the country in a situation where Big Tech corporations are granted the roles of judge, jury, and executioner.

“People do not understand that social media companies are making, adjudicating, and executing their own laws under 230 protection,” Fyk explains.

He suggests that the application of the law has “has gone so far astray” because of a case 1997 called Zeran v. America Online, incorrectly decided just one year after 230 was enacted and creating bad precedent for years to come.

The mistake, Fyk says, centers around the definition of “publisher,” and confusion over the nuanced difference between the law’s reference to “the publisher” (the original publisher)  or simply being “a publisher,” as in anybody else involved in the act of publishing.

It is this misunderstanding of the law as written that led to the incorrect decision and “fundamentally changed the case,” says Fyk.

“In Zeran v. America Online, the courts determined the case based on policy and purpose, rather than based on the language of the actual statute, and somehow came to the conclusion 230(c)(1) protects traditional editorial function. That's wrong,” Fyk says.

Instead, Fyk says, the verbiage is meant simply to protect someone from being treated as someone else. What for years has been perceived as a liability protection is simply a definitional protection included in the law.

“It seems pretty simple, but the courts really got that one wrong, and in so doing, they converted 230(c)(1) into a protection for the company’s own traditional editorial publishing functions (e.g., removing content). That’s what Justice Thomas was talking about when he said “Courts have also departed from the most natural reading of the text by giving Internet companies immunity for their own content.” He’s right, the courts have been wrong since the very beginning. This is the premise of my lawsuit against Facebook, 230(c)(1) does not protect Facebook from acting as a publisher when they restricted my content in bad faith, because that’s literally the purpose of the next statutory subsection 230(c)(2)(A). It’s redundant protection, and laws aren’t supposed to be redundant.”

“Since then, they built on bad foundational precedent. And the precedent that has come after that has always tried to rectify itself and reconcile with the original bad precedent. Well, you understand if you build a house on a bad foundation, it's going to fall down eventually. Fyk vs. the United States is about to make that happen.”

The CDA enables a private actor (Interactive Computer Service, “ICS,” as defined by Section 230(f); e.g., Facebook, Google, Twitter, PayPal, Snapchat, and et cetera, which can also be rightly categorized as “online providers,” “Big Tech,” “Social Media Giants,” or the like) to “police,” “regulate,” “enforce,” and / or “penalize” offensive speech under supposed CDA authority and protection so long as the ICS acts as a “Good Samaritan.” In a separate, independent action (discussed further below), the CDA was applied (at least so far; this separate, independent action is presently up on a second appeal to the Ninth Circuit Court) to immunize the commercial activities of a private actor (Facebook, Inc., “Facebook”) against a commercial competitor (Fyk) without a showing that the private actor (Facebook) was acting as a “Good Samaritan” or in “good faith” or legally. See Fyk v. Facebook, Inc.

Fyk makes it very clear that he does not want to completely do away with the concepts of 230. “I don't want to see the internet collapse. I don't think that these sites should be responsible for everything posted on them. I think that would be terrible.”

Instead, he says if it does stay, it needs to be overhauled, clarified, and adjusted so that there is no room for the type of misunderstanding that landed the country in this spot in the first place.

In addition to his Constitutional challenge, Fyk is also preparing for possible legislative recourse.

In 230's place, he has proposed the Online Freedom Act, which largely “fills in” missing operative language, and replaces existing problematic language in 230.

“Our goal with the Online Freedom Act is not to replace Section 230 with something new, it is to clarify the existing textual language, install strict procedural safeguards, and realigns Section 230 with its original “plausible” Congressional intent (i.e., to protect “Good Samaritans”, who block and screen impermissible materials in good faith, and not to restrict or diminish the Constitutional rights of U.S citizens).”

Fyk and his team have 14 days to respond to the Motion to Dismiss, with the opportunity to file for an extension. The US then has 7 days to respond, and then the court will be set to make its ruling.

Should his challenge be denied, Fyk emphasizes that it will mean that the “US has delegated out our rights” to social media companies.

But if he wins, he is confident it “change the internet forever.”

Fyk will be a keynote speaker at American Priority's AMPFest 2022 at Trump Doral in Miami, Florida on Oct 7 and 8.