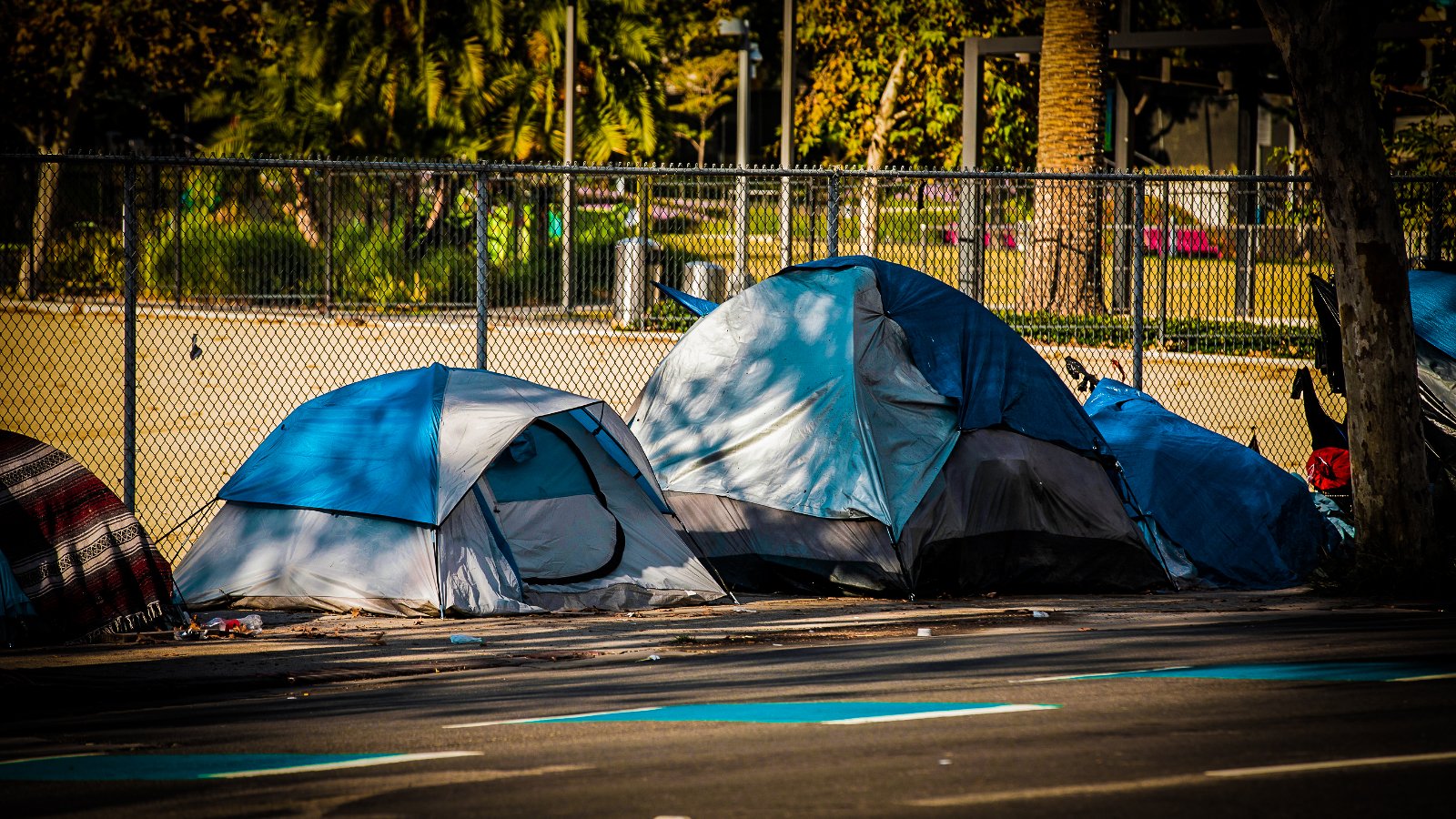 A group of Portlanders with disabilities is suing the city for violating the Americans with Disabilities Act, claiming the city has not done enough to keep sidewalks clear of homeless encampments which have been allowed to proliferate across the city. The ADA bars discrimination based on disability and requires sidewalks to be accessible to everyone.

According to the class action lawsuit, viewed by Oregon Public Broadcasting and filed Tuesday in federal court, the city has taken only limited action to keep sidewalks clear of encampments and debris for people with wheelchairs and walkers and instead focused on other projects. The suit alleges that for over three years, the city has made complying with the ADA and Section 504 a lower priority than other projects.

The suit named 10 plaintiffs, most of whom use a cane, walkers, or a wheelchair, who claim they have to go out of their way to navigate around the tents.

At a press conference held Tuesday, Steve Jackson, a 47-year-old man who is blind, said he often accidentally steps on people. Barbara Jacobsen, a 62-year-old who uses an electric wheelchair, says she frequently has to detour into the street with traffic to avoid the encampments and added, "The city has abandoned us and the homeless."

The plaintiffs also claim to have been harassed and even assaulted by homeless people on many occasions and are now afraid to go out at night. Some refuse to leave their homes at night and have begun carrying knives or pepper spray to protect themselves.

Barbara Jacobson, a 62-year-old woman said, "I was born and raised in Portland, and the Portland I see now is not the Portland I want to see. When I leave my house I wonder is today the day I get attacked." Jacobson also said she has to put her service dog in her wheelchair to avoid broken glass, syringes, vomit, and other biohazards.

Philip Rhodes, an 81-year-old Navy veteran who uses an electric scooter to get around claimed in the suit that a homeless person "tried to push him into traffic, and, on two separate instances, unsheltered persons have stood in the sidewalk and prevented Mr. Rhodes from passing, requiring him to turn around and take another route."

The plaintiffs are asking the federal court for a declaration that the city is in violation of the ADA and a mandatory injunction requiring the city to remove tent encampments and debris from all city sidewalks. Additionally, the plaintiffs are seeking an injunction to force the city to construct, purchase or otherwise make available sufficient shelter space for those persons who are displaced from the sidewalks as a result of the other actions.

The plaintiffs are also asking the city to cover the cost of their attorneys’ fees, but are not seeking a specific amount for monetary relief.

Keith Martin, who’s 71 said, "What I haven’t heard from the government is 'We’re sorry. We’re sorry that we haven’t done a better job of taking care of you.' Everyone points fingers and explains why they can’t do things."

Similar lawsuits have previously been filed in other West Coast cities such as Los Angeles and San Francisco, but to date, none have gone to trial.

5,228 people were classified as considered homeless in Multnomah County’s 2022 Point In Time Count,  with 3,057 of them unsheltered, 1,485 in a shelter, and 685 in transitional housing. Those numbers are an increase of over 30 percent from the 2019 Point In Time Count, which recorded 4,015 homeless people.