POLL: Most Americans Agree Biden’s ‘Dangerous’ Anti-MAGA Speech Was a ‘Threat to This Country’ 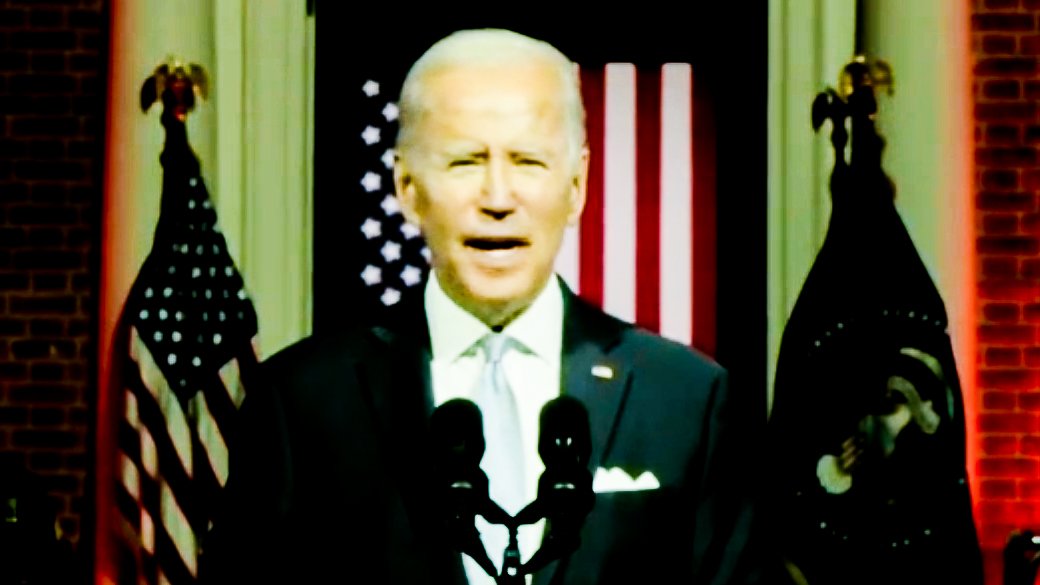 A new poll has revealed that a majority of Americans say that Biden’s prime time speech, delivered last week in Philadelphia before a blood red backdrop, was "a threat to this country," a "dangerous escalation," and was "designed to incite conflict."

The poll, conducted by the Trafalgar Group for the Convention of States Action, found that 56.8 percent of likely general election voters said that Biden’s speech in which he designated MAGA Republicans extremists "represents a dangerous escalation in rhetoric and is designed to incite conflict amongst Americans."

35.5 percent of Americans said that the speech "is acceptable campaign messaging that is expected in an election year."

Split by political party, Democrats were more likely to see the speech as "acceptable," while Republicans and independents said that the speech was a "dangerous escalation."

70.8 percent of Democrats said that the speech was "acceptable campaign messaging," while 18.7 percent said that it was "designed to incite conflict."

A vast majority of Republicans, 89.1 percent, said that Biden’s speech "represents a dangerous escalation," with just 4.7 percent saying it was "acceptable," and 6.2 percent saying they weren’t sure.

62.4 percent of independent voters said the speech was a "dangerous escalation," while 31.2 percent said it was "acceptable."

The poll was conducted between  September 2 and 5 of 1084 likely US general election voters.

"These numbers reveal that most voters were sickened and deeply disturbed by what they saw last week. When you couple this finding with previous polling we did indicating a majority of voters also hold President Biden responsible for America’s divisions—it’s clear that the man who promised to unite the nation has become the most divisive President in American history," said Mark Meckler, President of the Convention of States.

"When voters tell you they think that the prepared remarks of a sitting President of the United States is a dangerous escalation and was designed to incite conflict, we are living in terrifying times. Perhaps even more terrifying is the fact that a huge majority of Democrats think this was just a routine, election year stump speech," Meckler said.

"This is the tyranny the founders of America foresaw, and it’s why they included an emergency provision in Article V that empowers the states to reign in an out-of-control federal government. A Convention of States needs to happen and urgently," he added.

In Biden’s September 1 speech, delivered in front of Independence Hall where the Declaration of Independence was written in 1776, he declared that "as I stand here tonight, equality and democracy are under assault."

"Donald Trump and the MAGA Republicans represent an extremism that threatens the very foundations of our Republic."

Biden said that his "duty" as president to "tell you the truth," stating that "MAGA republicans do not respect the Constitution, they do not believe in the rule of law, they do not recognize the will of the people. They refuse to accept the results of a free election."

"MAGA Republicans have made their choice. They embrace anger. They thrive on chaos. They live not in the light of truth but in the shadow of lies," he said.