SAVANAH HERNANDEZ: I’ve Witnessed the Border Crisis Myself — Biden’s Lying Press Secretary Should Be Ashamed of Herself 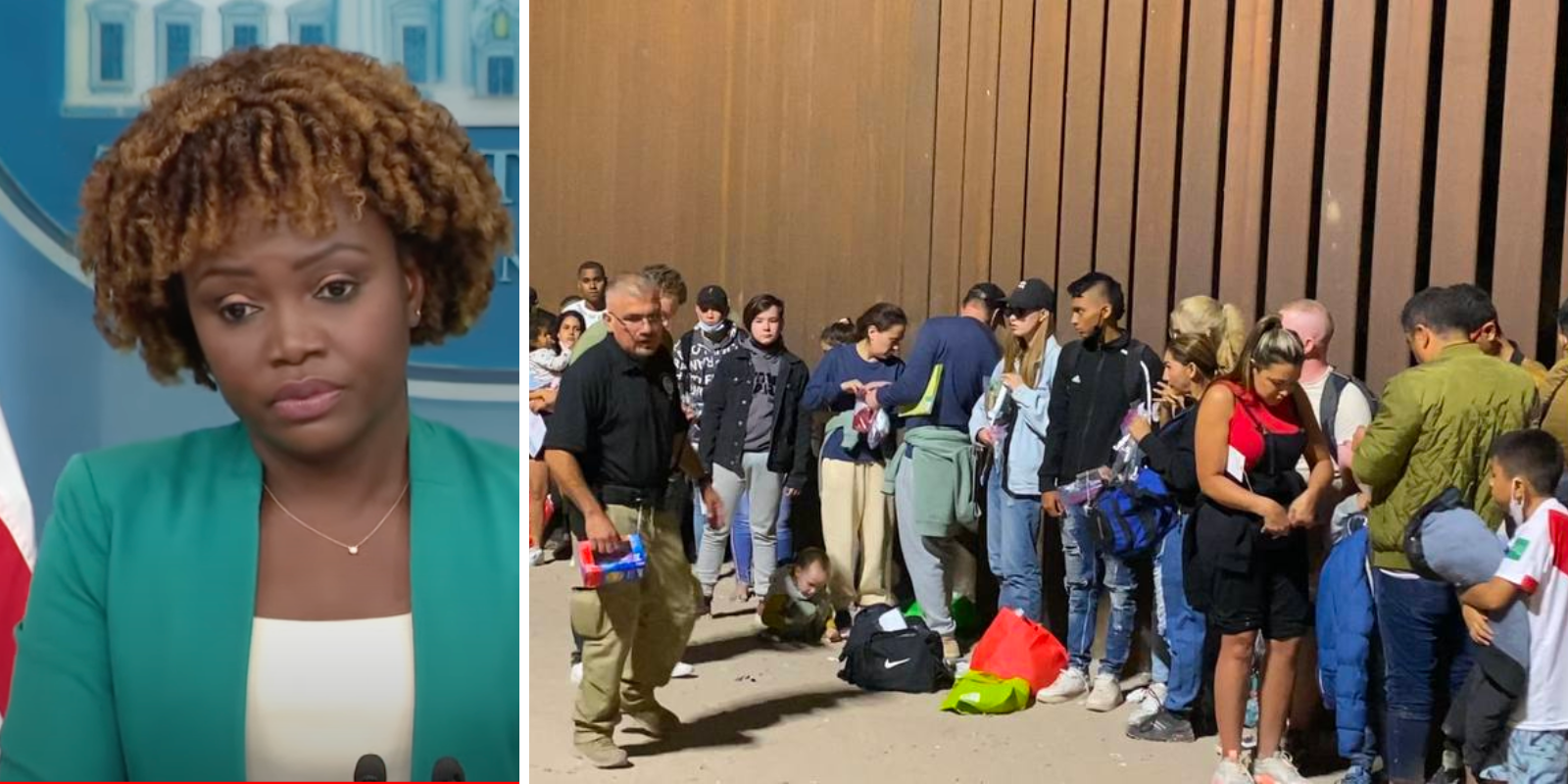 Biden White House Press Secretary, Karine Jean-Pierre has spouted off not one, but two egregiously false statements this week. The first that illegal immigrants aren't just walking over our border and the second that the Biden administration is "securing the border."

As a journalist who has witnessed the unmitigated flood of illegal immigrants cross our border in both Texas and Arizona, these statements are egregiously false. Jean-Pierre's statements highlight either how uneducated she is about the reality of Biden's open border policies, or expose how she has no problem bold-faced lying to the American public.

Let's start off with statement number one:

When pressed by Fox News reporter Peter Doocy regarding why unvaccinated tennis star Novak  Djokovic was not allowed to attend the US open, but unvaccinated illegal immigrants are allowed to walk across our borders everyday, Jean-Pierre responded, "it's not like somebody walks over."

To our uninformed press secretary: this is exactly what happens. During a trip to Yuma, Arizona I witnessed a small group of 25 illegal immigrants cross into the US through an opening in the border wall around 12 am. By 5 am that number had swelled to around 400. Throughout the night, I would watch groups walk, undeterred, straight across our open border, waiting at the wall for Border Patrol to pick them up and process them. Per Border Patrol agents on the ground, this is a nightly occurrence.

In Texas, the scene is similar, with both large and small groups apprehended everyday. Eagle Pass is a hot spot for crossings and during a trip to Piedras Negras (one of the last cities migrants travel through before crossing the Rio Grande into Texas) I asked multiple migrants where they were headed to. Many responded with New York, Tennessee, Georgia or Washington D.C., sharing that they were grateful to President Biden for allowing them the opportunity to come in.

Similarly to Arizona, Texas sees hundreds of illegal immigrants cross into the state per day.

According to a recent report by FAIR and data from Customs and Border Patrol, since Joe Biden has taken office, an estimated 4.9 million illegal immigrants have crossed into the United States. With 3.9 million reported by CBP and 900,000 labeled as "gotaways."

Due to the overwhelming number of illegal immigrants, Gov. Greg Abbott of Texas has resorted to bussing migrants into Democrat-run sanctuary cities such as New York, Washington D.C. and Chicago. Of course the pro-refugee mayors of these cities are now very vocal about the influx of migrants overrunning homeless shelters in their cities.

Now onto statement number two, Pierre claims that the Biden administration is "securing the border." A lie that has also been echoed by DHS head Alejandro Mayorkas.

Not only are we seeing a record number of illegal immigrants crossing into the US, the border has become a hotspot for cartel violence, human trafficking and sexual assault.

Anyone can walk along the border and see the used condoms and boxes of birth control strewn about the dirt paths migrants take. My fellow reporters have shared stories of listening to women scream in the dead of night as they are being raped. An active national guardsman I recently interviewed shared that the mother of a 11-year-old girl gave her a box of condoms before sending her to cross into the US. The guardsman shared that her mother told her she was "going to need them" and when he found her, there were 3 condoms left in a box of 15. Stories of women and children getting raped by cartel members as they make their journey to the US border are extremely common.

The guardsman also shared that the cartel regularly shoots at guardsmen patrolling the border, going so far as to leave mutilated bodies on the US side as an intimidation tactic for border patrol or national guard to find.

"It's only a matter of time before somebody actually gets shot or something bad actually happens for the administration to realize, okay maybe we do need to do something here" the guardsman shared, "versus as under Trump, he didn't take those chances."

He has also found abandoned children crying alone after being thrown into barbed wire as human smugglers carelessly throw them across the border. And back in April of 2021, we all saw the horrifying footage of two children, a 3 and 5 year old, being dropped over the 14ft border wall as smugglers delivered them into the US.

During my own trip to Yuma, I saw a young boy with a phone number written in black sharpie across his arm. The adults who found him shared that he was abandoned in the desert along the way. The only thing he was left with were the sharpie writings and a small paper with his alleged contact.

Couple these horrific accounts with the recent reporting of at least 50 migrants who were found dead in a truck in San Antonio in what was described as one of the "deadliest migrant smuggling operations in memory," or the "80+ terrorists on the Terrorist Watchlist have been encountered along our southern border since Pres. Biden took office", and we can clearly see that our border is anything but "secure."

So to Karine Jean-Pierre, who has been tasked with telling the American public the truth: you are either willfully ignorant about one of the most devastating issues our country is being faced with or trying to cover up the disastrous results of Joe Biden's open border policies.

Either way, you should be ashamed of yourself and step down from the position you're so clearly unqualified for.