POSOBIEC: Time for Judge Reinhart to ‘Stand Up’ for America and ‘Unseal Everything’ 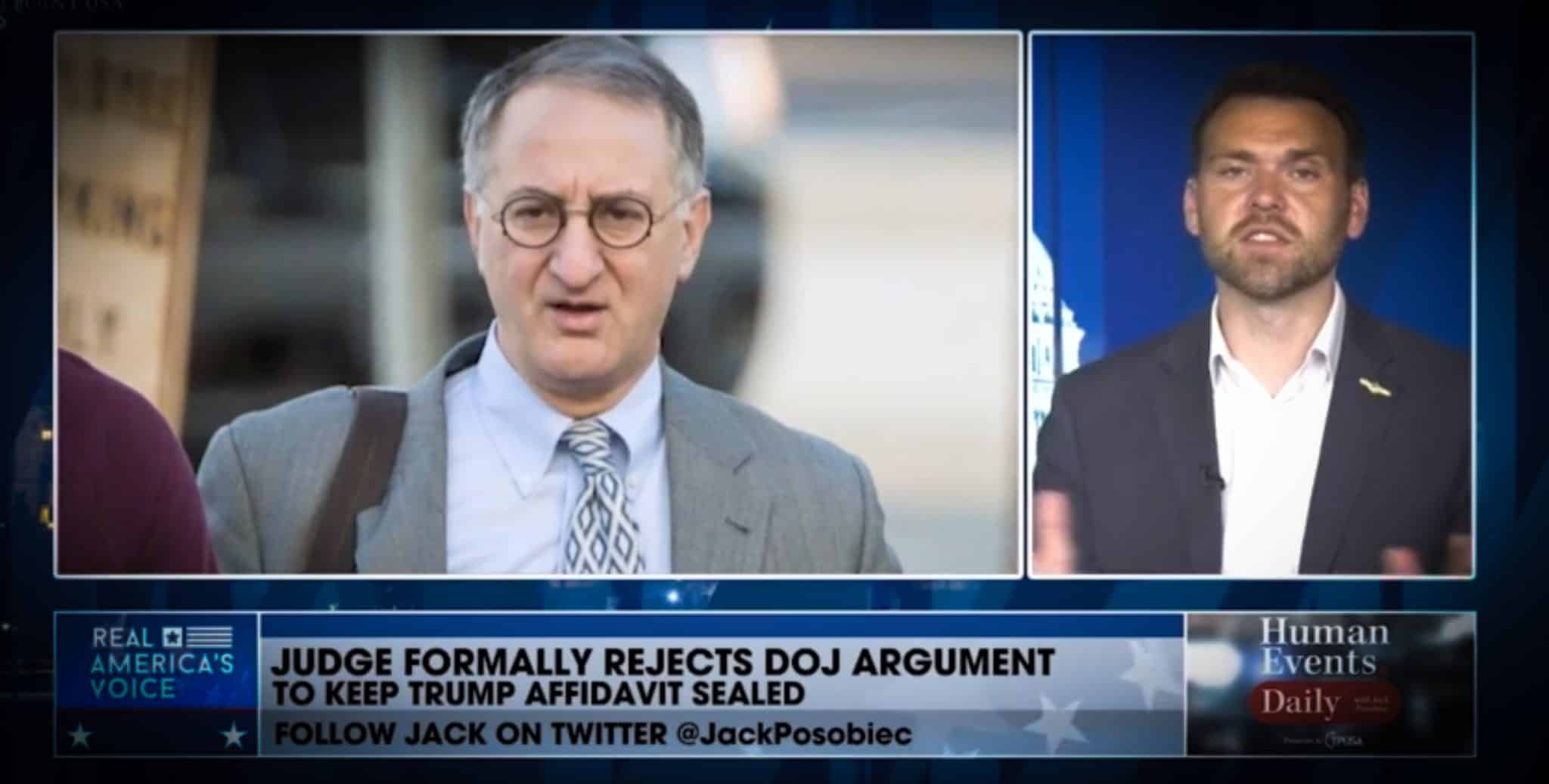 Human Events Daily host Jack Posobiec broke down the updates on the FBI’s raid on Trump’s Mar-a-Lago residency, specifically diving into whether Judge Reinhart, the judge who signed off on the warrant to raid the home, has flipped sides.

“What's the latest headline on this? This is interesting because we've seen the massive outcry over the Mar-a-Lago raid, we've seen moderates and independents also coming to the forefront saying that this is just wrong, they’re saying, 'I don't want to live in a country where we're raiding former presidents at their personal residences.'

Former Presidents maintain a security clearance, and maintain access to classified briefings. “You know they're going to come for that next. You watch,” Posobiec predicted. “Garland's probably already talking about raiding Trump Tower. Understand what time it is. “

“But Judge Reinhart, this is interesting because it's like when a little kid touches a hot stove and goes 'I don't want to do that,’” Posobiec said, speculating that Reinhart may have “flipped” by rejecting the DOJ’s argument to keep the Trump affidavit sealed.

“What just happened, did Reinhart flip?” said Posobiec. “What's going on? The word he used was 'unprecedented.' You're the guy that signed off on the whole thing!” said Posobiec, baffled. “This is the magistrate judge that signs off on it, he's the one who sealed it in the first place after he has the DOJ, and now all of the sudden he's calling it unprecedented and he's saying it should have never happened. Listen to this,” Posobiec says before reading from Fox News.com:

Judge Bruce Reinhart on Monday admitted the FBI's raid on former President Trump's Mar-a-Lago home was "unprecedented" and formally rejected the Justice Department's argument to keep the affidavit leading to the search under seal, citing the "intense public and historical interest."

Reinhart, in a filing Monday morning, said he rejects "the Government’s argument that the present record justifies keeping the entire Affidavit under seal."

"The Government argues that even requiring it to redact portions of the Affidavit that could not reveal agent identities or investigative sources and methods imposes an undue burden on its resources and sets a precedent that could be disruptive and burdensome in future cases," Reinhart wrote. "I do not need to reach the question of whether, in some other case, these concerns could justify denying public access; they very well might."

He added: "Particularly given the intense public and historical interest in an unprecedented search of a former President’s residence, the Government has not yet shown that these administrative concerns are sufficient to justify sealing."

“Huh!” Posobiec said repeatedly after reading the excerpt. “Okay, so, go with me on this. … This is why all last week, they were putting up full-court press to say that you shouldn't talk about this situation, how dare conservatives criticize a judge', really!?” Posobiec said. “Because you've never heard anyone on the left criticize, I don't know, Clarence Thomas, his wife Ginny, Brett Kavanaugh. Did anything recently happen with Brett Kavanaugh? Oh, that's right, a left-wing radical dressed in black showed up outside his house at 1 am in Maryland a few weeks ago, and tried to shoot him and his entire family to death. That's what the left is doing,"

“They don't talk about the fact that a leftist was outside of Kavanaugh's house with a gun, 9mm, and duct tape... because he wanted to kill Brett Kavanaugh's entire family. No no no. It's fine to criticize Brett Kavanaugh.

“But here's what's going on: Judge Reinhart suddenly just read the room and he understood what he did was so incredibly rejected by the American people, by the legal profession, and by history. Judge Reinhart, history is not going to be on your side, but perhaps, just perhaps you have a role to play. Flip on them completely, unseal everything, Judge Reinhart. You can do it, you have the power right now. Stand up for your country, be an American.