BLEU: The Libertarian Party Is Demanding Accountability for All Epstein Co-Conspirators 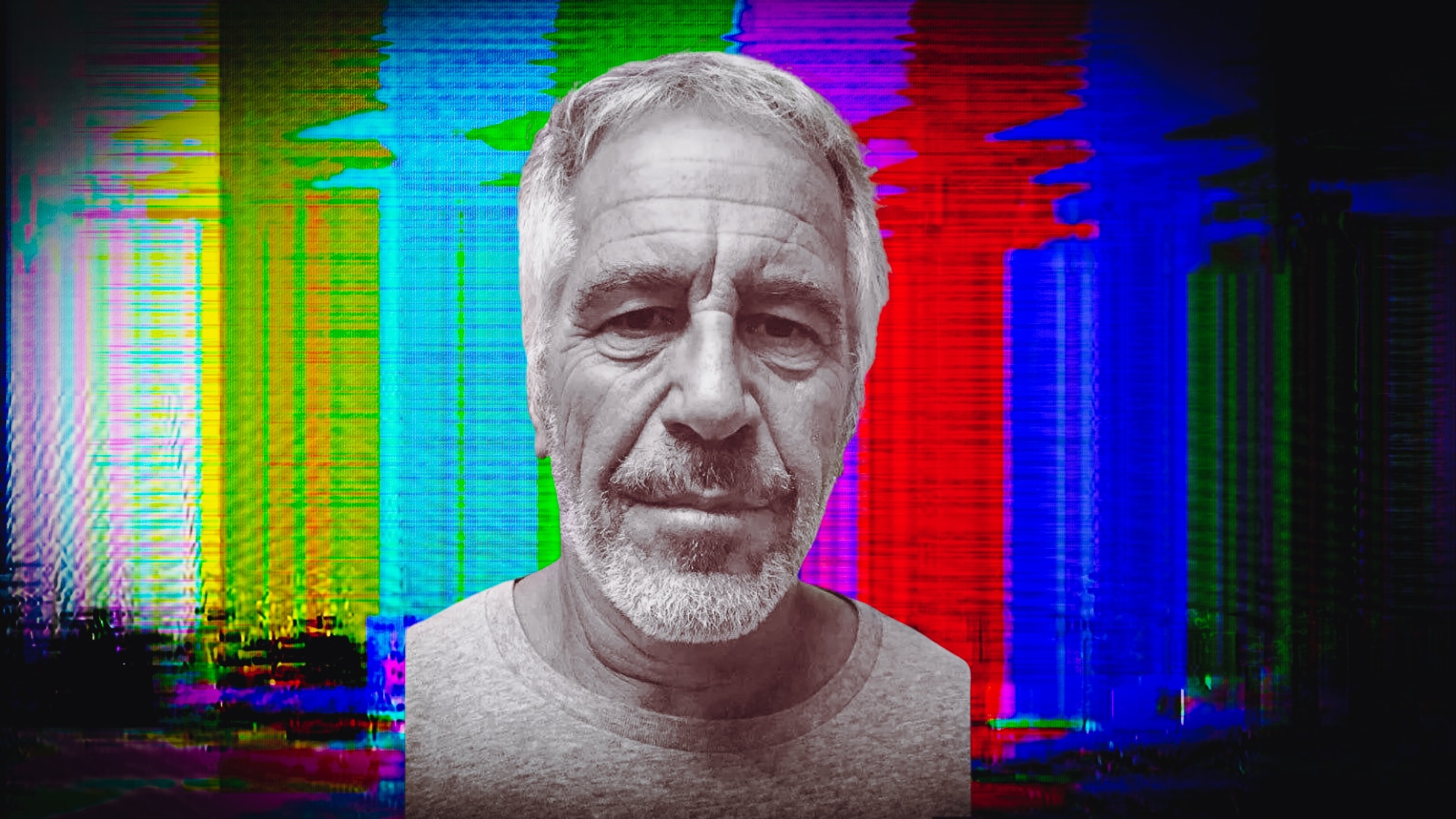 Public trust toward those in positions of power has been greatly eroded by the apparent mishandling of the Jeffrey Epstein case. From the many known connections he had to politicians to the lack of transparency and incomplete justice for the survivors, citizens are left feeling that they can't count on their government to uphold its duty to the people. Where can the public turn for safety and justice when there is an overwhelming lack of trust in our institutions and our leaders?

Jeffrey Epstein, now deceased, was a convicted sexual abuser and trafficker of children and women.

The main accomplice in his crimes is convicted sex abuser and trafficker, Ghislaine Maxwell.

Their years of terrorizing vulnerable children and women have captivated the publics' attention. It’s like a car crash that we can’t look away from. One of the many reasons that we can’t fully move past this horror is that deep down most of us feel that there has not yet been complete justice.

The public has a desire to see all of the Epstein-Maxwell co-conspirators held accountable. The survivors of these crimes deserve the closure that is offered by exposing and punishing those who harmed them. Seeking justice should not be placed on their shoulders alone–they have been through enough. It’s time that those in positions of power speak up and demand justice for the survivors of these heinous crimes.

The lack of trust comes from a lack of transparency on the behalf of the United States government when it comes to Epstein.

The FBI collected evidence and spoke to survivors and witnesses in the years leading up to his initial arrest. In 2008 he was convicted of procuring a child for prostitution and soliciting a prostitute after entering a controversial plea deal. His sentence was so light it seemed like a cruel joke, he received only 13 months with work release. After his conviction, he maintained relationships with many powerful people including those working for the government. Members of the corporate media knew much more about Epstein and yet never broke the story.

In 2019, a whistleblower from ABC leaked footage of Amy Robach admitting that she had the story and the network "killed it." The crimes of Jeffrey Epstein and his co-conspirators were known, at least to some extent, by many in our nation's institutions and the social circles surrounding them. Cindy McCain famously said, "we all knew" but authorities "were afraid of him."

It appears as if they "all knew" and did little to nothing while Epstein and Maxwell were able to continue to abuse. It seems like one of the largest cover-ups in history and the public has been left with more questions than answers.

Politicians and political organizations often seek to avoid controversial topics that could embarrass the government or inconvenience powerful people, but one political party decided to speak out about the injustice, The Libertarian Party.

“Ghislaine Maxwell was just sentenced to 20 years for sex trafficking underage girls. But for whom?” tweeted the official Libertarian Party account on June 30.

“We demand the Epstein client list, but more importantly, we demand to know who financed the operation.”

I found this to be bold messaging coming from a political party and I searched to see if either the DNC or the RNC had made similar statements. I was able to locate some statements from individual politicians but nothing from the Democrat or Republican party platforms about the issue.

I interviewed some prominent Libertarians and a few running for office about what they thought of the Epstein situation.

“The Libertarian Party values individual autonomy and abhors acts based upon fraud, coercion, and violence - especially when those acts are carried out by our government or its operatives. Libertarians believe the FBI should release information regarding their investigation into Epstein's sex trafficking operation so that all co-conspirators can be brought to justice and so that the survivors of Epstein's operations can find closure,” said McArdle.

“Transparency in this investigation will restore trust to the public and to the brave survivors who have come forward and shared their stories of abuse,” she added. “I call on the FBI to release the details of its investigation and to pursue criminal charges against all individuals who knowingly participated in Epstein's sex trafficking ring, including government officials. Thank you to everyone who has come forward to share the painful details of their horrific abuse.”

Spike Cohen, Libertarian Party 2020 Vice Presidential candidate, told me that undue, unchecked power is the “underlying reason” that politicians and other powerful individuals are able to commit the types of horrible abuse perpetrated by Epstein and his associates.

“The underlying reason why we see so many people in the ruling class who prey on the innocent is very simple: because they can,” Cohen explained. “Politicians have created a safe space for themselves and the billionaire cronies who own them to be able to do whatever they wish, whenever they wish, with no accountability. It's no surprise, then, that a space like that would be created for the explicit purpose of protecting pedophiles and other types of predators.”

“The only way we will be able to put an end to this kind of unaccountable abuse is by severely scaling down the power that these people can wield in the first place."

Jacob VandenPlas, the Libertarian candidate for Congress from Wisconsin’s 8th, echoed these sentiments, pointing to the lack of satisfactory conclusion to the Epstein case as evidence of a broken system.

“The lack of further investigation into those names in Epstein flight log is indicative of our broken judicial system,” said VandenPlas. “Liberty and Justice for all is sidelined for corporate oligarchs chasing money and power though the purchase of elected elitist.”

“Every last person on Epstein's flight log should be investigated and prosecuted,” VandenPlas said.

When asked what he would do about the situation if elected, VandenPlas responded that he would “start with a congressional inquiry,” adding “What that reveals will dictate the next steps to holding those accountable.”

I also spoke with Dennis Misigoy, a Libertarian candidate for Senate in Florida who is running against Marco Rubio. He went so far as to propose a halt to Department of Justice funding until proper action is taken.

“As a general rule for transparency, I advocate for the release of all government documents older than five years, without redactions,” Misigoy said.

“Specific to the Epstein case, I’m prepared to withhold 100% of funding from the Department of Justice until charges are filed publicly against every person who was documented to have been a customer of Epstein or a visitor to his island,” Misigoy said. “There’s simply no point in having these institutions if they’re not willing to pursue these kinds of criminals.“

The case of Jeffrey Epstein does leave one with the feeling that if such a high-profile case is left with so many questions unanswered and justice unserved, what cause do we have to hold any faith in our institutions? With dozens of survivors, mountains of evidence collected by law enforcement, and many witnesses to these crimes the systems in place to protect us and serve justice have failed. Information has been withheld from the public by both the government and the press.

Perhaps the institutions do need a bit of a shake-up and it seems the Libertarian Party is willing to be the ones to do just that. In answer to the question of many Maxwell was found guilty of trafficking to Epstein. Others allegedly involved like Jean-Luc Brunel who  was a French model scout passed away while awaiting trial.

Leon Black, who is an American investor, best known as the co-founder, and former-CEO of private equity firm Apollo Global Management is in legal hot water over these issues.

And even Prince Andrew settled a lawsuit with a survivor of Epstein-Maxwell.

Some justice has been received but certainly not enough for the survivors, the American people, or the Libertarian Party.