LIBBY EMMONS: Biden Is So Obsessed With Trans He’s Demanding Coverage of Boob Jobs for Men 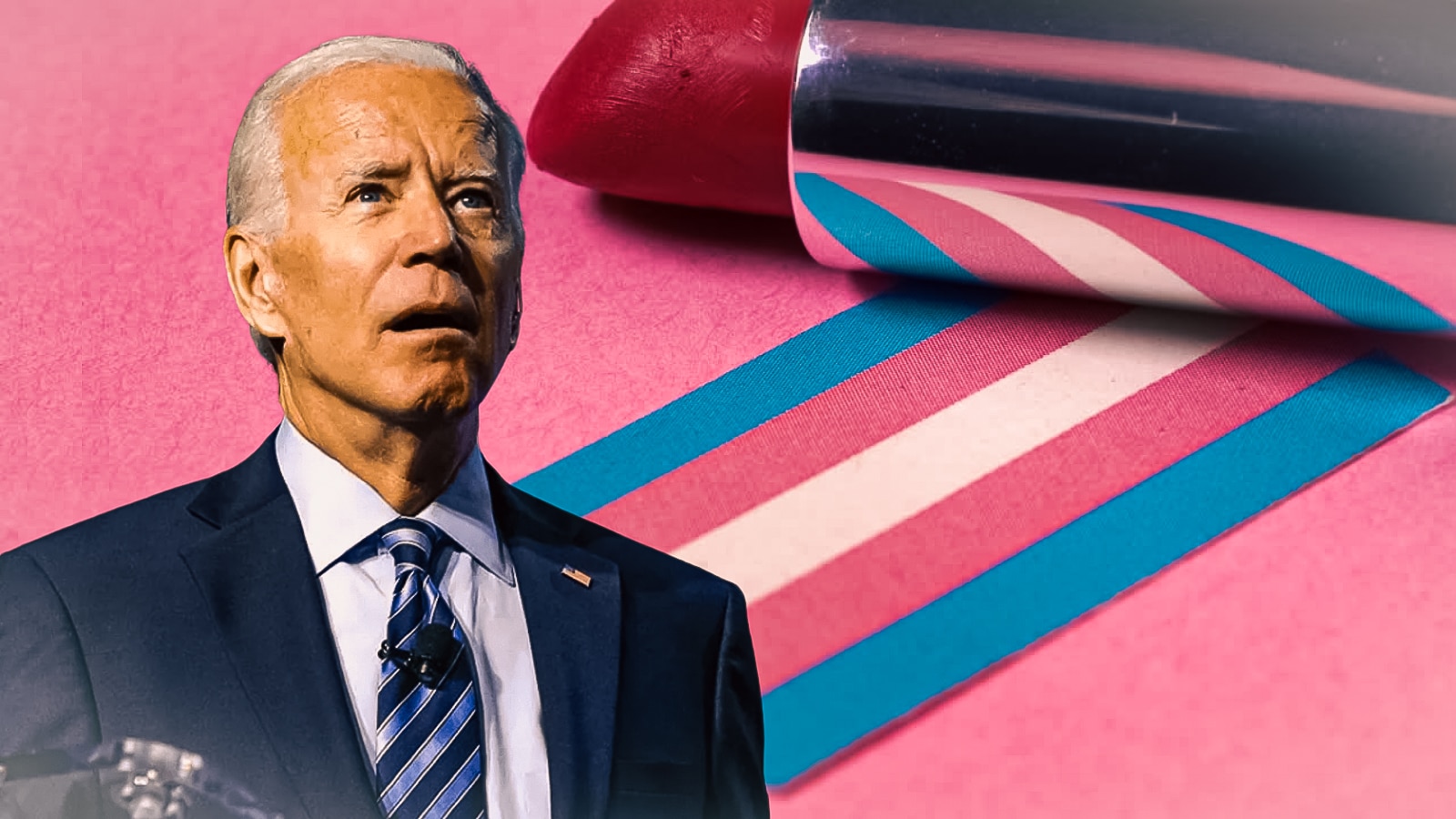 The Biden administration is obsessed with trans. On his first day in office, President Joe Biden signed an executive order to essentially conflate gender identity with biological sex, indicating that there is no difference under law between a woman— who was born female— and a biological male who self-identifies as a woman. This retroactively rewrites the Civil Rights Act of 1964 to prohibit discrimination on the basis of gender identity instead of protection on the basis of biological sex.

Biden’s orders declared that all federal agencies must find ways within their agency to be more inclusive of trans. The fallout from this has been far-reaching: the Department of Education has proposed changes to Title IX that would open up women’s sports to male athletes who identify as women, the Department of Agriculture has determined that free school lunch programs will be withheld from states that do not allow boys to use girls’ bathrooms, or access girls’ changing rooms, and language has been changed to eliminate sex-based relationship terms and replace them with non-sex based ones, such as the replacing of “mother” with “birthing parent.”

Now, Biden and his fellow ideologues in the Department of Health and Human Services have declared that health insurance companies must cover the drugs and elective plastic surgeries that fall under the misleading term “gender affirming care.”

Yet Biden’s HHS has found a work-around to that dilemma. Instead of insisting that insurance companies fund all elective plastic surgeries, they have determined that in the case specifically of people who identify as transgender, it would be discriminatory not to. The new rule, tweeted out by Biden’s white, male diversity hire Rachel Levine, “prohibits discrimination on the basis of race, color, national origin, sex, age, and disability in certain health programs and activities.”

However, since Biden already said there’s no difference between gender identity and biological sex, and that is how his administration has interpreted the Supreme Court’s ruling in Bostock v. Clayton, this means that discrimination ensues when a man cannot access feminizing surgery at his whim, so long as he claims he feels like a girl on the inside.

“The proposed rule,” HHS writes, “affirms protections against discrimination on the basis of sex, including sexual orientation and gender identity consistent with the U.S. Supreme Court’s holding in Bostock v. Clayton County, and reiterates protections from discrimination for seeking reproductive health care services.” And they cite Biden’s many orders on gender identity, such as Preventing and Combatting Discrimination on the Basis of Gender Identity or Sexual Orientation, Protecting Access to Reproductive Healthcare Services, and Advancing Racial Equity and Support for Underserved Communities.

However, the determination in Bostock, regarding employment, is that “An employer who fires an individual for being homosexual or transgender fires that person for traits or actions it would not have questioned in members of a different sex. Sex plays a necessary and undisguisable role in the decision.”

Does HHS plan to force insurance companies to cover feminizing or masculinizing surgery for the same sex as well as for the opposite sex? By their own logic, and the logic in the Bostock ruling, to do otherwise would be discriminatory.

Neither HHS nor Biden can see that, because they are absolutely obsessed with trans.

Speaking to the nation in a pre-recorded address in April 2022, on the newly minted Trans Day of Visibility, Biden declared that American parents must “affirm” their kids, and must believe their kids when they say that they feel they should go through life looking, as much as possible, like the opposite sex. Though Biden likely has no idea what goes into gender transition, the genital mutilation to the effects of puberty blockers or cross-sex hormones, he has repeatedly insisted that parents, schools, and federal agencies go along with the propagandized “affirmation” approach.

Meanwhile, none of this would have been possible had Biden not issued a directive stating that, under law, there can be no difference between biological sex and gender identity. Biden, who has said through his executive orders that he does not believe there to be any difference between women and men who say they are women, has created a most inequitable situation.

To many, what Biden did when conflating gender identity with biological sex was simply rhetorical, word play, language games. But instead, it was a very real-world undertaking with real consequences for our health care systems, as well as for countless other areas of public life from education to athletics to politics.